What Are The Types of Shots In Snooker? 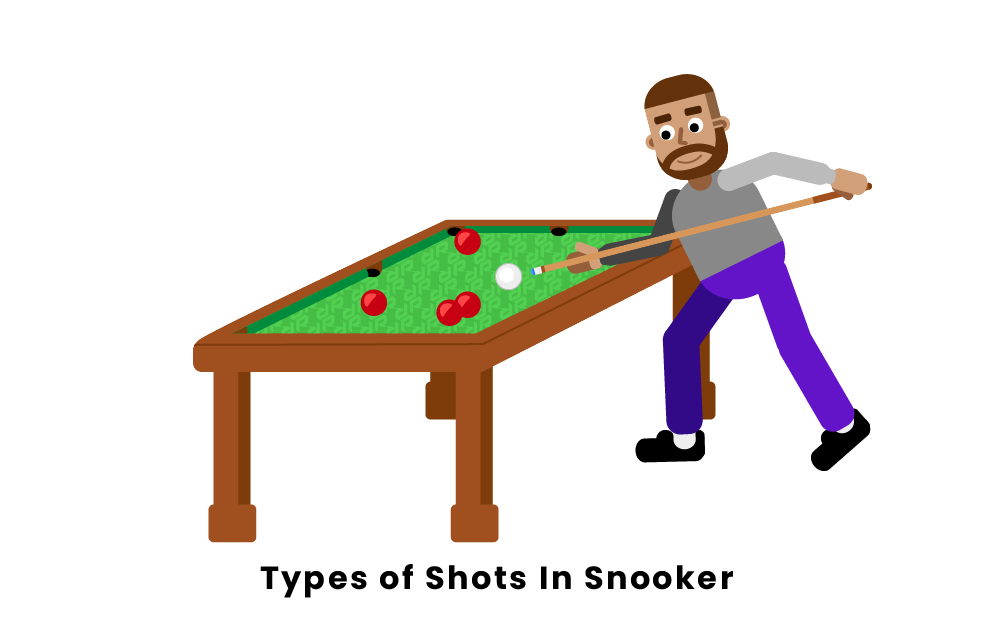 Snooker originated in India in the late 1800s and is a game similar to billiards and pool that is immensely popular in the Uk and is growing in popularity around the world, particularly in China. In snooker, you use the white cue ball to ‘pot’ each target ball into the table’s pockets. The many types of shots used in snooker are used to hit the cue ball into the target balls, sending them into a pot.

What is a Shot?

A shot is when a player hits the cue ball in the direction of a target ball with the intention of scoring a point. Many more complicated shots require a basic understanding of physics so you can calculate the force with which to hit the cue ball and determine the path you wish the cue ball to take. There are dozens of types of shots used in snooker, and many are a combination of some basic shots such as the topspin, bottom spin, and sidespin. 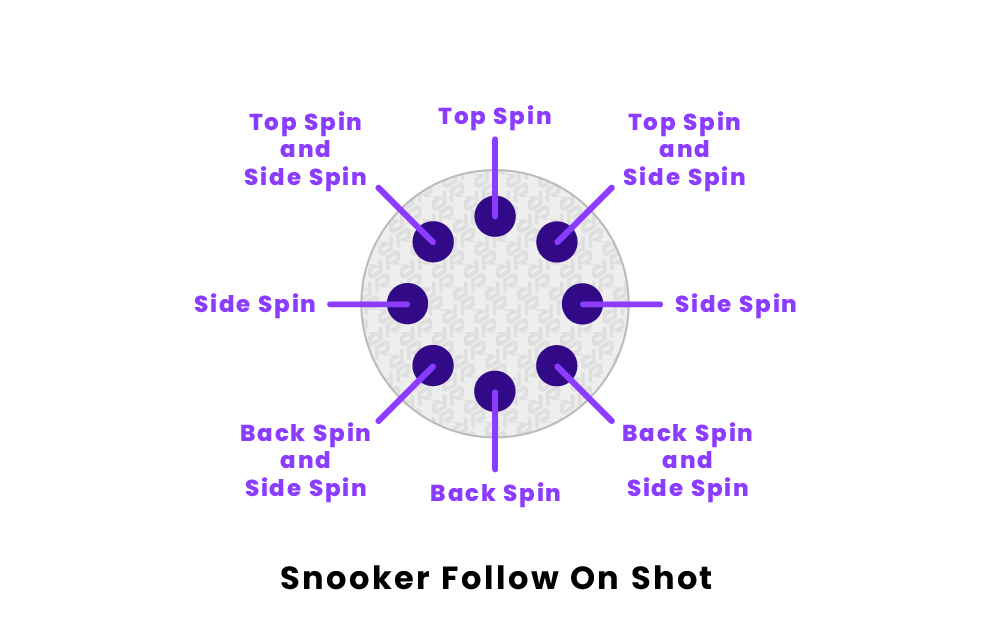 A sidespin is used to direct the angle of the cue ball’s trajectory after striking a side cushion or the target ball. You can shoot a sidespin by hitting the cue ball on the side. The side spin is also called an “English” or simply a left/right-hand spin. It is important to remember that any spin shot can be affected by the table you are playing on. Sometimes the cloth on the table or the firmness of the side cushions will affect the spin and trajectory of shots. It is important to be attentive to any changes in your spin shots during a game and adjust accordingly.

Using a combination of the bottom and side spin, you may be able to curve your cue ball around other balls on the table. The physics behind achieving this swerve are complicated, and this is a move usually only attempted by professional cue ball players.

A safety shot is usually the first shot played in each frame and is used to leave your opponent in a tough position. A snooker is the best type of safety shot because it leaves your opponent with no path from the cue ball to the target ball. This requires them to utilize the cushions on the side of the table to attempt to hit the target ball successfully, which is very difficult to accomplish. This is where patience and basic knowledge of physics are useful because you will need them to get yourself out of tough situations.

Pages Related to What Are The Types of Shots In Snooker?