How Long Is A Snooker Game? 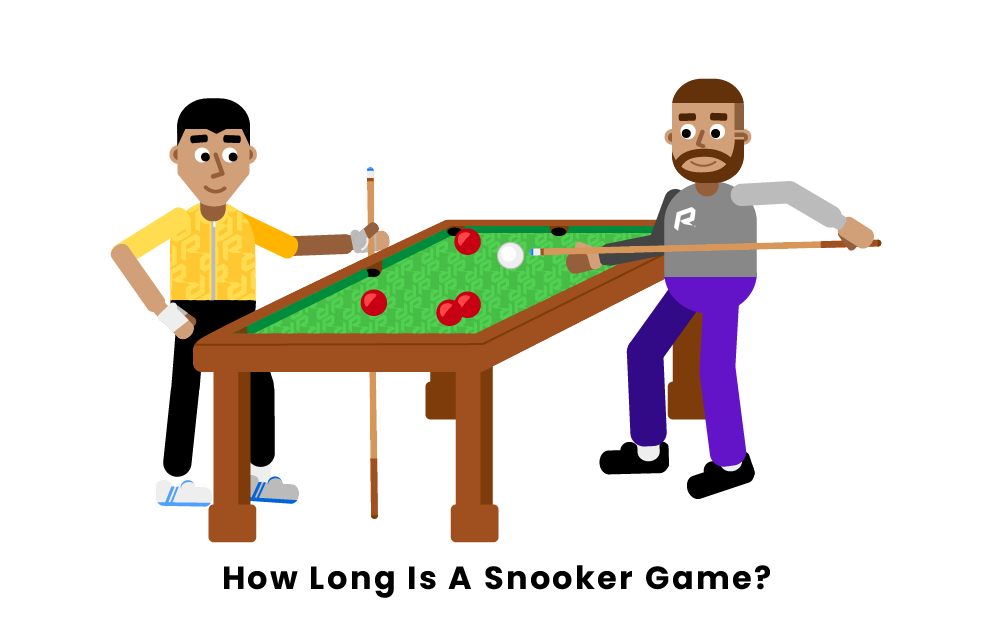 Snooker is a popular table game played around the world. The game’s objective is to win more frames than your opponent within a set amount of total frames. To win a frame, a player must score more points than their opponent by hitting (pocketing) balls of different values into their table holes. If you are new to snooker, you might wonder, how long does a game last?

Unlike soccer or basketball, there is no set duration for a snooker match. Instead, the duration of each snooker game is unique and depends on multiple factors. Mainly, each player’s skill level and the number of frames decided on to win the match are the two main factors that affect the game’s length. Since these factors are not standard across all competitions, snooker matches can last anywhere from a few hours to even a few days at the professional level.

Snooker frames can be the longest when both players are very experienced. Skilled players may take longer to strike the ball during their turn, making careful angle calculations and decisions for each strike. On record, the longest frame played in a professional competition lasted two hours and three minutes.

Determining The Number Of Frames In A Match

Since there is no universal number of set frames, snooker games greatly vary in duration. Shorter-duration games are often played with up to nine frames. However, it is not uncommon for matches to play many more frames than this. Currently, the largest number of frames in an official match is 35. This is for the World Snooker Final. Since the number of snooker frames in a match is an adjustable factor, it greatly determines the overall duration of a match.

How long are The World Snooker Championship Games?

World Championship snooker matches vary in duration based on the stage of the tournament. The first round of games usually plays up to 19 frames. In this scenario, the shortest possible amount of frames played is 10, where one player wins all ten frames consecutively.

For the proceeding rounds, up until the quarter-final, games are played to a 25-frame limit. In these matches, the shortest possible number of frames that can be played is 13. For the semi-final, a maximum of 33 frames are played, and for the final, 35 frames.

Usually, World Snooker Championship matches are played over multiple days due to the large number of frames played in each round.

Do snooker games have a time limit?

No, snooker games do not have a set time limit. Instead, match durations are dependent on the maximum number of frames designated, as well as each player’s skill. Since the snooker World Championship final can play up to 35 frames, the match often takes longer than a day to complete. Additionally, the duration of individual frames can greatly vary. The shortest-lasting frame played in a professional competition lasted just three minutes, while the longest-lasting frame took 85 minutes.

Is there a minimum or maximum amount of playable frames in a single match?

Pages Related to How Long Is A Snooker Game?