How Does Snooker Betting Work? 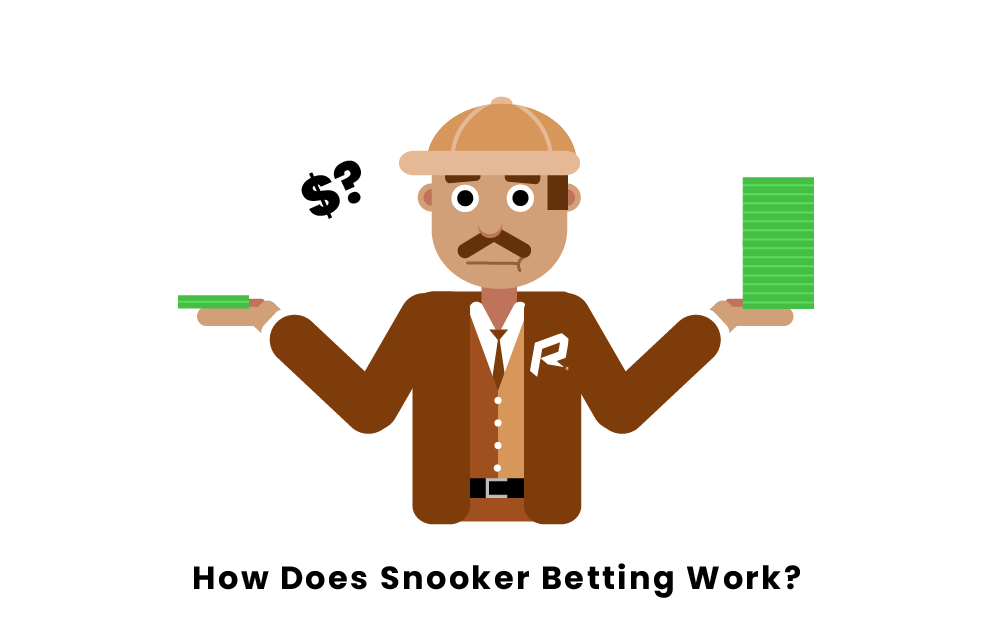 Snooker is a popular global sport resembling billiards that offers various opportunities to bet on different events and tournaments. Two of the most common snooker bet categories include outright and match bets.

As they occur more frequently than tournaments, players will often bet on specific snooker matches. The simplest match bet is to pick the player who is believed to win the match. In addition to one match, gamblers also may use an accumulator to bet on the winners of multiple matches at a time for greater odds and the chance to win a bigger payout.

Besides the match winner, there is also the opportunity to bet on the frame handicap of a match. For example, if a match is being played to the first to reach five frames and a player is given a -2.5 handicap, the player must win by at least three frames. Therefore, they must achieve a score of 5-0, 5-1, or 5-2. If the player won five frames while the other player won three or four frames (5-3 or 5-4), the handicap would be exceeded and the bet would not win. Betting on a specific handicap is useful in matches where it is believed that one player has a significant advantage and higher chance of winning than the other.

A few other bets that may be made for a specific match include next/current frame winner, first colour potted, first red potted, and total points. The next/current frame winner bet is straightforward as gamblers simply choose who they believe will either win the frame in progress or the upcoming frame. The first colour potted bet is made based on which color ball is expected to be potted, or sunk in one of the holes on the table, first in a given frame. Ball colors in snooker include red, yellow, green, brown, blue, pink, and black. When betting on the first red potted, gamblers predict which player will pot the first red ball in a specific frame. Finally, a total points bet is made to predict how many total points are expected to be scored between both players in a frame.

What is in-play betting in snooker?

In snooker, in-play betting is when odds are changing and bets are placed accordingly throughout a match. This gives gamblers a chance to observe how the match is transpiring and how each player is performing before making their bets. A few in-play bets that are commonly available include the next colour ball potted, the player to reach 20 points first, and the player that will win the next frame.

What snooker tournaments do people bet on?

What is century betting in snooker?

In snooker, a century break is when a player scores 100 points or more on a given break (or single trip to the table). Therefore, century betting is when a gambler bets which player will achieve a century break in the next frame or in a given match. In addition, people can also bet on the total number of century breaks within a match or the player that will make the most centuries in a match.

How do you successfully bet on snooker?

It can be difficult to choose one snooker player that will win an entire tournament. Oftentimes, people will bet on more than one player to win a tournament so that they have a higher chance of winning. When picking players to win, it is helpful to look at a player's past performances and realize that many of the top players can be overrated. Therefore, it can sometimes be a lucrative strategy to bet on underdog players to earn a higher profit.

Pages Related to How Does Snooker Betting Work?