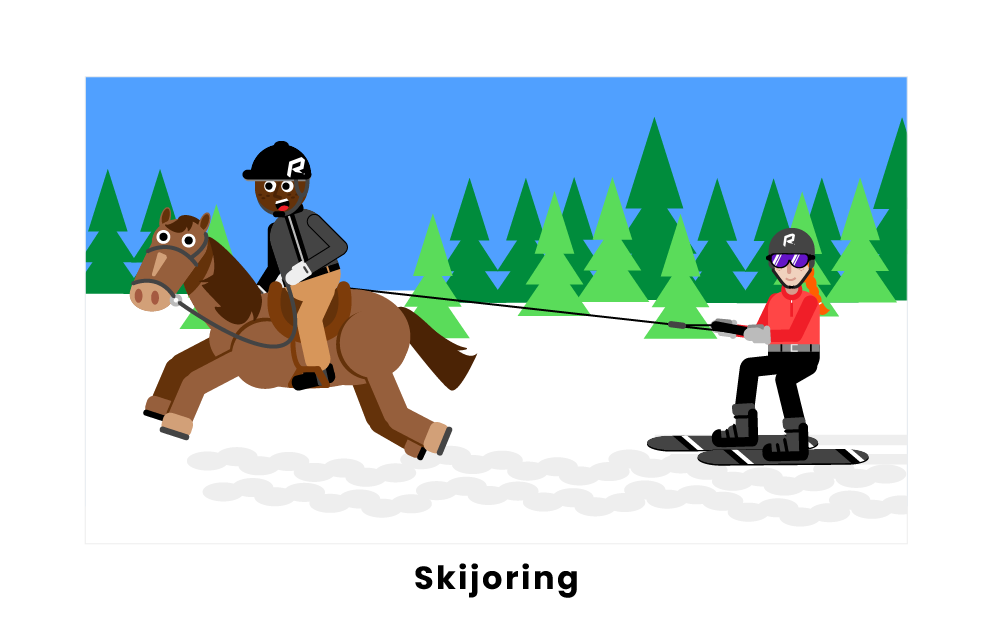 If you love animals and are passionate about winter sports, skijoring is the perfect activity for you. This discipline combines the adrenaline of skiing down the slopes with the thrill of animal sports such as dog racing or horse racing.

Skijoring originated in the 1850s in Scandinavia, where the locals started exploring the idea of creating a leisure activity that could include both skiing and dog sledding. However, skijoring did not become an officially recognized discipline until 1949, when Tom Schroeder and Mugs Ossman organized the first horse skijoring race.

Skijoring is open to any horse or dog whose weight and build allow them to pull a skier. The relationship between the animal and the skier is crucial to win races and, most importantly, to avoid bad falls. While extremely fun, this discipline can also be dangerous for beginners due to the high speed. Only skilled skiers with well-trained animals can succeed in this winter activity.

Skijoring is a winter discipline that combines skiing with animal sports such as dog sledding and horse races. This sport, which was first introduced in Scandinavia, is practiced across all of Europe. It is also gaining popularity in the United States, especially in Montana and Colorado. Races see a group of skiers lined up and ready to cross the finish line first while being pulled by either a dog or a horse. This discipline requires good stability and is perfect for improving the relationship between a skier and a pet.

What are the different types of skijoring?

Skijoring can either be performed with dogs or horses. Although the sport was only meant for dogs initially, the first official skijoring races featured horses. Dog skijoring requires the participation of a dog and a skier, while horse skijoring can at times include a rider on top of the horse as well. Dog races are open to any breed, however, the dog needs to be at least thirty-five pounds to be able to pull the skier safely. Horse races do not have weight restrictions but require great balance and coordination as the horses can reach up to forty miles per hour.

What equipment do you need to go skijoring?

Practicing or competing in a skijoring race requires specific gear to ensure the safety of both the skier and the animal. Cross-country skis are usually recommended, as they do not intimidate the animals, who are usually scared of skis. However, the most important components of the skijoring gear are the pulling harnesses, which need to be attached to the skier’s hips, and the carabiner to connect the harness to the leash. The leash also needs to be bungee-style, as it is better in case the harness breaks.