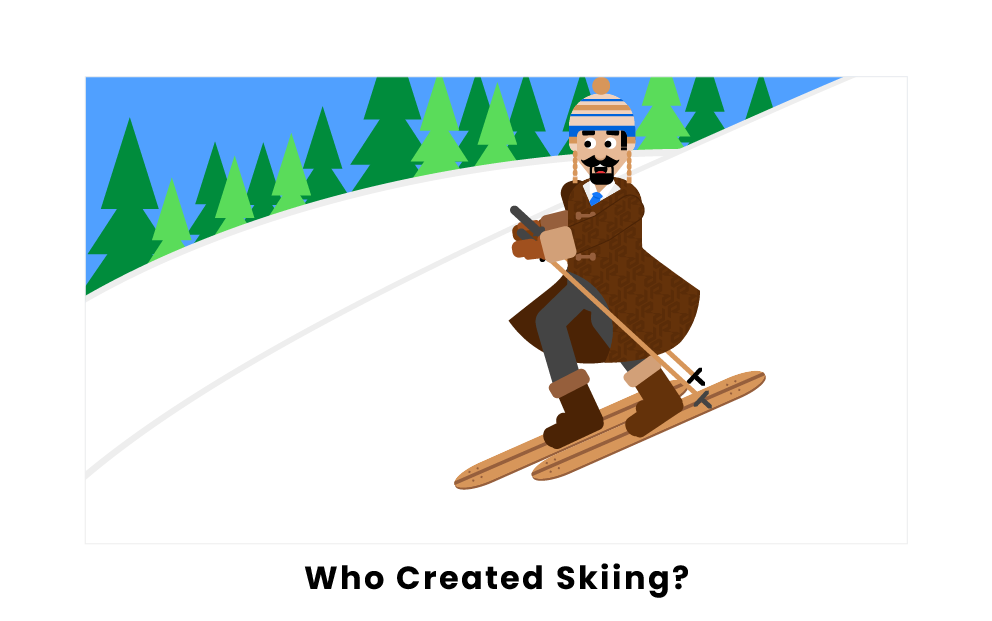 Skiing is one of the most popular winter activities in the world. Thousands of people every year travel to resorts to feel the adrenaline of going down the slopes. Skiing is now one of the main Olympic sports, but have you ever wondered where and when this sport was created?

Cave drawings show that skiing is almost as old as humankind. However, while skiing now represents a fun activity to keep fit during the winter, it was used as a means of transportation thousands of years ago. The first skis were invented in Russia, dating back to 8000 BCE, while there are proofs of skis being used in Scandinavia around 5000 BCE.

During the winters, the prehistoric populations were forced to cross frozen bodies of water and snowy land to secure their prey, which meant that skis became their primary means of transportation.

Throughout the centuries, skiing as a way of survival during the harsh winters spread even outside Europe, as skis were also used in China and South America. After the prehistoric era, skis then became part of the uniform of most soldiers. In Sweden and Norway, the army was equipped with skis for their border patrol activities.

As more soldiers were equipped with skis in Scandinavia, skiing slowly became more leisure-oriented. Norwegian and Swedish soldiers were the first to create races as a way to compete with each other. These soldiers were provided skis for their patrol activity, which meant that most of their days involved cross-country skiing rather than alpine skiing. Therefore, the first-ever race, held in Tromso, Norway, in 1843, was a cross-country race. Alpine skiing races came later, as the first alpine competition took place in California in the 1860s.

In the 1800s, Scandinavia became the main place for ski competitions. Each year new disciplines and new races were added to the program of the local fairs, especially the Holmenkollen Festival in Oslo, where the first ski jumping and nordic combined events were hosted in 1892.

Modern Skiing in the Olympics

At the 2022 Winter Olympic Games in Beijing, five skiing disciplines were included. Among these are alpine skiing, cross-country skiing, freestyle skiing, nordic combined, and ski jumping. Alpine is made up of four more formats, which are slalom, giant slalom, supergiant slalom, and downhill, while cross-country skiing also includes team competitions such as the team sprint classic or the 4x10 km relay (4x5 km for women’s races).

Who is the inventor of skiing?

The discovery of cave drawings in parts of Russia and Scandinavia led historians to believe that prehistoric humans invented skiing around 5000 BCE. While many other sports were created only as leisure activities, skiing was invented due to the necessity of finding a way to hunt during the winter. Thus, skiing was invented by groups of people rather than a single person.

Why was skiing originally invented?

Skiing was created as a means of transportation for survival. The activity was invented around 5000 BCE, in a period of time when winters were extremely rigid. In order to survive, men had to cross snowy land and frozen rivers to hunt, which would have been impossible to accomplish on foot. This led ancient humans to create rudimental skis made out of wood that allowed them to travel easier across snow and ice.

Where did skiing originate?

Skiing most likely originated in Russia around 8000 BCE, based on the discovery of ancient cave drawings of humans skiing dating back to this time. However, due to the presence of drawings in Scandinavia, specifically in Norway, which date back to 5000 BCE, it is likely that skiing was a widespread activity around the colder areas during that time. Primitive prototypes of skis have also been found in cave drawings in Sweden and Finland from 3000 BCE.

Pages Related to Who Created Skiing?