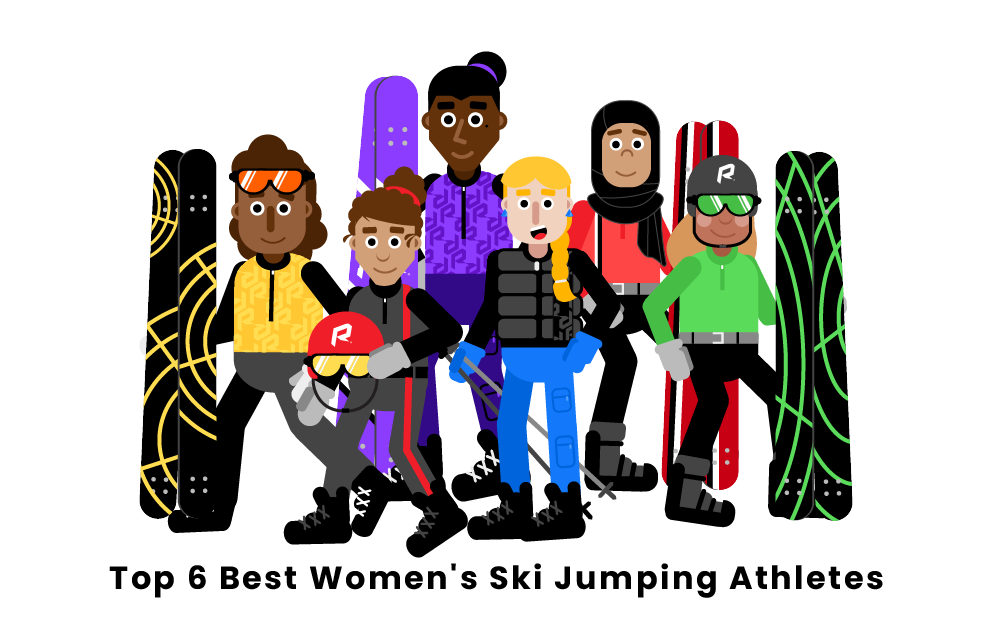 Who are the best women’s ski jumpers of all time?

Carina Vogt is the most decorated female ski jumping athlete and is the first woman to earn a gold medal in Olympic ski jumping at the 2014 Sochi Games. Her Olympic medal was the first time she ever won an international event, although Vogt has competed in international competitions since she was twelve years old. When she was fifteen years old, she came in fourth place at the Continental Cup. After her Olympic debut, Vogt won her first World Cup in 2015 and has continued to excel in international ski jumping competitions. Vogt returned to the Olympics in Pyeongchang in 2018. However, she did not win a medal. She has five FIS World Championship titles, the record for most world titles for a female ski jumper.

Maren Lundby is another well-decorated ski-jumper who hails from Norway. Lundby made her international competition debut in 2007 when she was 14 years old. A few years later, in 2014, she was the first female to compete in a ski jumping World Championship. Lundby has earned thirty individual World Cup Wins, an Olympic gold medal in 2018, and has over 62 Ski Jumping World Cup podium appearances throughout her ski jumping career. In fact, she is the first woman to consecutively win a world title four years in a row. Lundby has been an advocate for gender equality in ski jumping for her whole career. When she competed on the large hill at the Nordic Ski World Championships in 2021, Lundby became the first-ever women’s large hill champion. Although she was scheduled to compete in the Beijing 2022 Olympics, she withdrew for health reasons.

Daniela Iraschko-Stolz is a two-time Olympic ski jumper from Austria. She has been competing in ski jumping since 2000. When she won her Olympic silver medal in 2014, she was the first openly gay athlete to medal in Sochi. Additionally, she has earned 16 Ski Jumping World Cup titles throughout her lengthy career. Although she experienced a knee injury during the 2017 season, she won another World Cup event in Slovenia during her return to the sport. Iraschko-Stolz also holds the world record of the longest ski flying jump by a female with a length of 200m, although the FIS prohibits women from competing in the Ski Flying World Championships. In an interview, she said she hopes her sexuality and success in the sport can positively impact the future.

Sara Takanashi is a Japanese ski jumper who is quickly becoming one of the most decorated female ski jumpers, and continues to break world records in the sport against both males and females. Even in the early stages of her career, she broke a record at the age of 15 by being the first woman to win a Youth Olympic gold medal in ski jumping at the first-ever Winter Youth Olympic Games in 2012. Both her father and her brother encouraged her to get involved in ski jumping as a child because they ski jumped themselves. Now, she holds 3 Guinness World Records: most podium finishes (109), most individual victories by a female, and most individual victories in a career (60), all in the Ski Jumping World Cup. Takanashi is also the only ski jumper to win an event in each of the ten seasons since the women’s ski jumping World Cup debuted; she also holds the record for the most wins in a single season with 15.

Katharina Althaus is a ski jumper from Oberstdorf, Germany, who began winning Olympic medals early in her career. At the 2012 Winter Youth Olympic Games, she won a silver medal in the individual ski jumping event and a gold medal in the team event. To add on, Althaus has competed in World Cups since 2011 and has 8 World Cup wins. So far, her strongest career moments were the World Cup 2017-2018 season and the 2019 World Championships. In 2017-2018, she finished second overall, and at the 2019 World Championships she came second in the individual event and won a gold medal in the women’s and mixed team events.

Sarah Hendrickson was the first woman to ski in the Winter Olympics at Sochi in 2014 and placed 21st in the normal hill event. In the six months leading up to the Winter Olympics, she was recovering from both ACL and MCL tears. She is a part of Team USA and is from Park City, Utah. Hendrickson has had a strong ski jumping career with 5 years of experience competing in the World Championship, earning one gold medal. She won the first-ever season of the FIS World Cup in 2012, and ranked second during the 2013 season. Hendrickson announced her retirement from competition in the sport in 2021, but she stated on social media that she would continue to be involved in the sport politically. She still remains the most recent American ski jumper to make a World Cup podium, which happened in 2015.