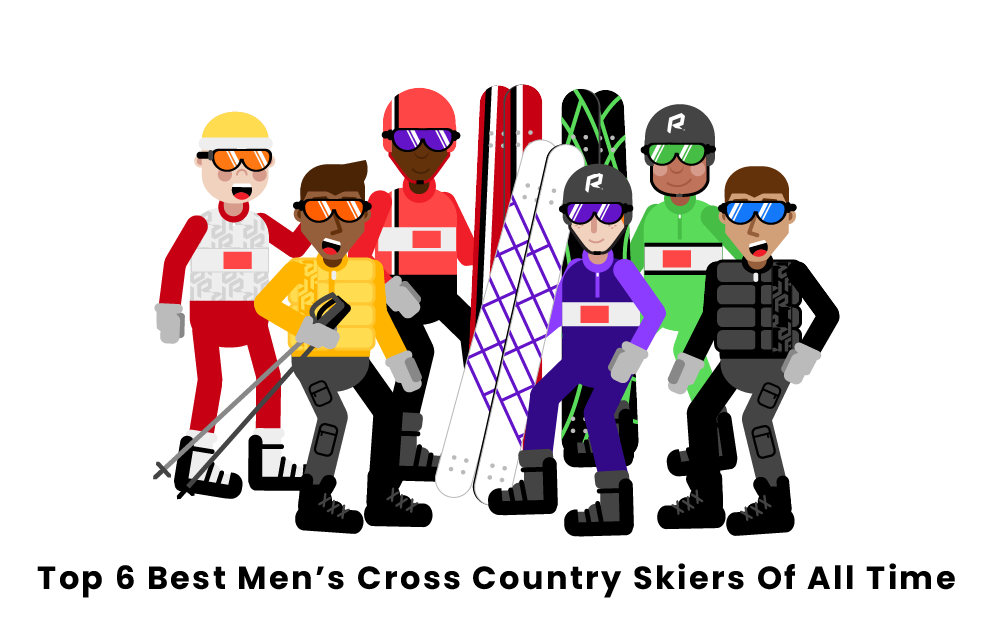 Cross-country skiing has made its mark over the years in the sporting world, especially in the Winter Olympic Games, with skiers across the world training to compete in various events and international competitions. Only a few skiers have distinguished themselves as one of the best of all-time through their hard work securing achievements and medals over the course of their careers.

Who are the best men's cross country skiing athletes of all time?

Nordic cross country skier Bjørn Dæhlie was born on June 19th, 1967, in Elverum, Norway. Dæhlie is arguably the greatest male cross country skier of all time, with twelve Olympic medals in just three Olympic Games from 1992 to 1998. This podium efficiency held true in international competition as well, as Dæhlie won 6 World Cups and 14 World Championship gold medals between 1992 and 1999, earning him the nickname "Rocketman." Unfortunately, his outstanding career was cut short by a back injury in 2001 that forced him to retire.

The late Swedish skier Sixten Jergen was one of the greatest cross country skiers of his era. Born on February 6th, 1929, in Lima, Sweden, Jergen was a lumberjack by trade who skied on the side before beginning his competitive career in 1954. Over the course of his career, Jergen claimed nine Olympic medals, including four gold medals in just three Olympic Games from 1956 to 1964. Jergen never got a chance to compete for the World Cup, which only began competition in 1973, and Jergen chose to retire after the 1964 Olympic Games.

Cross-country skiing's biggest star today, Johannes Høsflot Klæbo, made his debut in 2015 and has already accomplished some of the biggest feats in the sport. Born in Oslo, Norway, on October 22nd, 1996, Klæbo has been skiing his entire life and was first on skis at the age of two. Since beginning his competitive career, Klæbo has already won three Olympic gold medals since beginning his competitive career, all in the 2018 Games, where he tied biathlon's Martin Fourcade for the most gold medals in the competition. He has also won six World Championship gold medals, and in 2017 became the youngest skier ever to win the World Cup at just 21 years of age.

One of the great cross-country skiers of his time, Veikko Hakulinen was a Finnish woodchopper turned athlete. Born on December 14th, 1925, Hakulinen, along with Jernberg, was one of the sport's first stars. Throughout his career, Hakulinen won seven Olympic medals across three Olympic Games from 1952 to 1960 before switching to compete in biathlon in the 1964 Games. He also won three World Championship gold medals during his cross country career, as well as a silver in biathlon.

Nordic cross country skier Petter Northug was born on January 6th, 1986 in Mosvik, Trøndelag, Norway. Northug was born to ski, as he was first in skis at the age of two and was competing for his local club team by the age of eight. He began his professional career at just 19 years of age. During his highly decorated career, he won four Olympic medals across two Olympic games (2010-2014), two World Cup titles, and 13 World Championship gold medals. His success in the FIS World Championships is next to nobody, as his 13 gold medals are the most all time

Swedish skier Gunde Svan was born on January 12th, 1962 in Järna, Vansbro, Sweden. Easily one of the greatest cross country skiers of all time, Svan accomplished some of the greatest feats in the sport's history during his career. This included six Olympic medals across just two Olympic games (1984-1988), five World Cup titles (second-most all-time behind Bjørn Dæhlie with six), and seven World Championship gold medals. His two gold medals in the 1984 Olympic Games at just 22 years of age made Svan the youngest cross country skier to ever win gold at the Olympics until Klæbo broke this record in 2018.

Who is the greatest men's cross country skier of all time?

The greatest men's cross country skier of all time is Bjørn Dæhlie due to his success in all three major competitions: the Olympics, the FIS Cross-Country World Cup, and the FIS World Ski Championships. Dæhlie concluded his career with the most cross-country skiing Olympic medals with twelve (eight gold and four silver), the second-most medals in Winter Olympic history, the most World Cup titles with six, and the second-most World Championship gold medals with nine.

What men's cross country skier has the most FIS Cross-Country World Cup wins?

Bjørn Dæhlie has the most FIS Cross-Country World Cup wins with six titles. He won these titles within a span of eight years (from 1992 to 1999). This success in the World Cup, as well as his success in the Olympics over this short period of time, is the best example of a stretch of total dominance the sport has ever seen. These feats helped contribute to Dæhlie earning his nickname "Rocketman" and are a large part of why most see him as the greatest to ever participate in the sport.

Who is the youngest men's cross country skier to win an Olympic gold medal?

Johannes Høsflot Klæbo is the youngest men's cross country skier to win an Olympic gold medal, with the three gold medals he won in the 2018 Olympic games. This impressive feat was achieved at the age of just 21. Before Klæbo in 2018, Gunde Svan held this record for 34 years as he won gold in 1984 at 22. Klæbo's three gold medals in the 2018 Olympic Games not only set the record for the youngest to win gold, but also made him the winningest athlete at the PyeongChang Olympic Games.