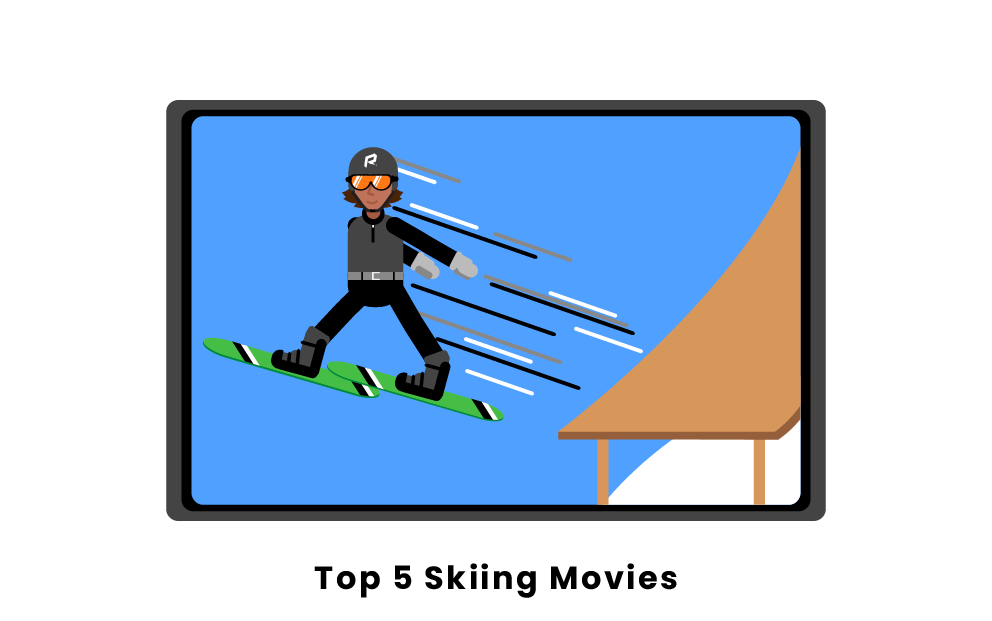 What are the most popular skiing movies?

As a legendary figure in the skiing world, Warren Miller travels all over the planet in this documentary style film. In this ski movie, Miller gathers some of the world's most talented skiers and riders, such as big mountain skiers Jeremy Nobis, Seth Morrison, and Shane McConkey. The movie is a perfect mix of natural adventure and pure adrenaline.

In Higher Ground, Warren Miller's crew travels to the Rocky Mountains in Colorado, the Alps of Switzerland and France, and even the high peaks of Alaska. This film set a new stage within the ski industry, conquering bigger mountains and reaching faster speeds.

Warren Miller is an American filmmaker who has dedicated his entire life traveling around the world making ski and snowboard films. Throughout his career, he has made almost 70 sport films and been inducted into multiple different ski Hall of Fame's. All of his films are popular all over the world, but Higher Ground really set the stage for what skiers can accomplish.

Greg Stump began skiing at an early age in the mountains of Maine, which eventually turned him into the art of big mountain ski film. In his signature film, The Blizzard of Aahhh's, Stump put extreme skiing on the map by traveling around the world with some of the world's best skiers. The film revolutionized the skiing industry, by using some of the wildest skiers and heavy rock-and-roll soundtracks to reflect the adrenaline rush side of skiing.

The film takes place in Telluride, CO, Squaw Valley, CA, and even Chamonix Valley in France with one of the most iconic ski trios in the world. Riders Mike Hattrup, Glen Plake, and Scot Schmidt took on trails and faces never before seen on film. The world of extreme skiing wouldn't be the same without the efforts from Stump and his team in this film, and that is why it is one of the most popular ski films in history.

In one of the more recent ski films, This is Home, presented by Faction ski company, is filmed in countries across the world. The documentary visits the home ski territories of the Faction team, taking a fresh new perspective to freestyle skiing movies. From jumping over playgrounds to flying down steep pitches in the Alps, riders show their true creativity when it comes to riding in their own backyard. The film stars some of the industry's best riders, including Johnny Collinson, Kelly Sildaru, and even skiing legend Candide Thovex.

Faction is a ski company founded in 2006 in Verbier, Switzerland that uses high-quality films to market their brand of freestyle skis. Their newest film, called The Collective, is another very popular movie within the industry. Throughout their films, skiers have found new ways to ride and freestyle, making it one of the most popular ski films.

Matchstick Productions is a film company founded in 1992 to create entertaining documentary-style movies about the world of extreme sports. In Yearbook, famous skiers such as Shane McConkey, Tanner Hall, Bella Coola, and Eric Pollard travel all over the world in what was known as some of the best skiing on film in history. The Matchstick team skied the mountains of Aspen, CO, Lake Tahoe, CA, and even the Alps of Norway.

Every year since 1992, Matchstick Productions releases another film into the world of skiing. However, back in 2005 Yearbook set the stage of what can be possible for big mountain skiing. Out of all companies that release film content, including Warren Miller films, Matchstick Productions has won the most awards. Since 1992, they have won eight "Movie of the Year" honors, three Emmy nominations, and even was the runner-up for "Viewer's Choice" at the 2013 Tribeca Film Festival. Their consistent hard-work over the years is evident in their films, and Yearbook is one of the greatest reflections of true skiing talent.

Candide Thovex is one of the greatest freestyle skiers in the world. Throughout his career, he has always tested the limits of human potential, even winning multiple gold medals in the X Games. In his 2015 film titled Few Words, Thovex travels to Canada, Alaska, and Europe to conquer the most difficult skiing terrain in the world.

The major difference between this film and other major ski films is the focus solely on the style of Candide Thovex. The film contains footage of Thovex starting out skiing as a kid, then transitioning to his life in 2015.

Few Words won multiple awards, including the Best Male Performance, the Full Throttle Award, and the Best Cinematography award at the Powder Awards in Utah. Candide Thovex is known to be one of the best freestyle skiers in the game, and Few Words brought a whole new perspective to big mountain skiing.