Top 10 Freestyle Skiers of All time 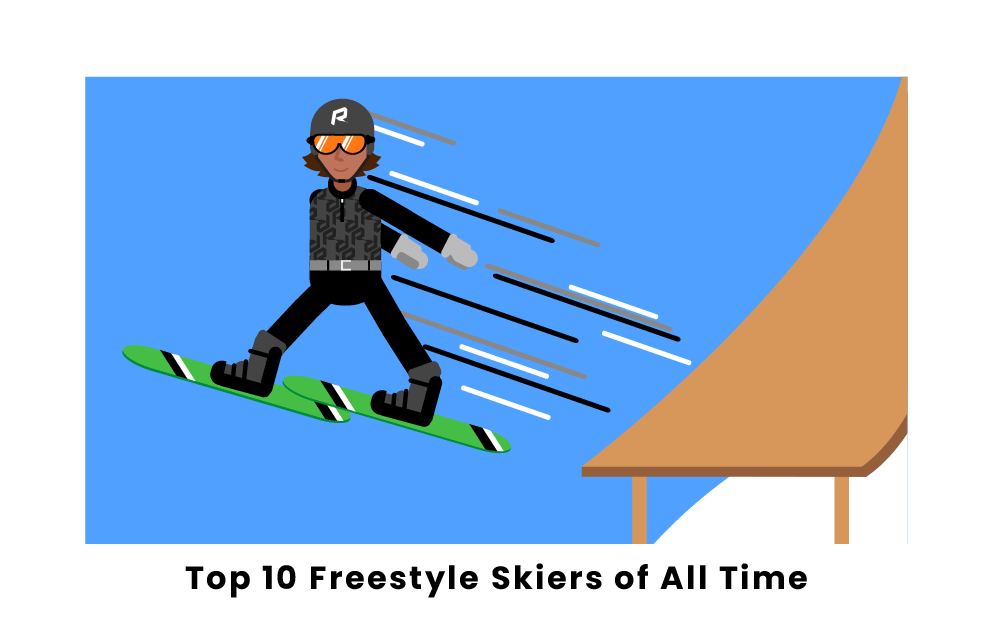 Freestyle skiing is a sport that requires an immense amount of physical talent and mental strength. Freestyle skiers constantly test limits by performing exciting new tricks and are known for being extremely creative. Read on to learn about the best freestyle skiers of all time.

Who are the all time most popular freestyle skiers?

David Wise is an American freestyle skier from Reno, Nevada who has won competitions all over the world. Not only did David win two gold medals at the 2014 and 2018 Winter Olympics, but he has also won four X Games gold medals. He also was considered the first Olympic gold medalist in the Men’s Freeski Halfpipe, since that was the first year the competition was introduced at the Olympics.

David Wise is known to be one of the nicest skiers in the sport. His motto goes, “When David Wise wins, everyone wins” because he donates 10% of all his winnings to charity and nonprofits. When David is not competing, he loves doing charity work overseas.

Kaya Turski is a Canadian skier who is considered to be one of the best women’s slopestyle skiers of all time. She has won seven X Games medals in her career, including five gold medals. While she announced her retirement after the 2017 season, she will go down in history as one of the trailblazers of women’s freestyle skiing. Turski was the first woman to land a switch 1080 and was the second to ever land a double cork. Her fearless nature and creativity led her to become an icon in the sport.

As a revolutionary figure in the freestyle skiing sport, Sarah Burke was one of the greatest female skiers in the world. In 2014, Burke convinced the International Olympic Committee to include slopestyle and halfpipe skiing at the Olympic Games in Sochi.

In 2001, Burke competed at the 2001 US Open of Freeskiing. As one of only two women competing, she gave it her all and ended up winning first place in halfpipe skiing and second place in slopestyle. In 2005, women’s halfpipe skiing was finally included in the Freestyle World Ski Championships. Burke ended up winning first place, beating skiers from all over the world. During a training event in Park City in 2012, Burke tragically passed away after suffering a serious brain injury. Sarah Burke will forever be one of the greatest athletes and influencers in the sport of freestyle skiing.

Bobby Brown is an American freestyle skier from Denver, CO who has become a star in the freestyle skiing world. Brown has won gold medals at the Winter X Games, Dew Tour events, Grand Prix events, and the 2014 Winter Olympics in Sochi. He also made history in 2010 by becoming the first individual ever to win both the X Games slopestyle and big air competition in the same year.

Bobby is still making an impact in freestyle skiing. Whether it’s planning the Red Bull “Megaslope” Signature Series event, or traveling around the world with a camera to make ski films, Brown is doing it all.

Tom Wallisch is an American freestyle skier from Salt Lake City, Utah, who has one of the biggest fan bases of any skiers in the world. When Wallisch was 19, he won an online talent search called the “Superunknown.” However, Wallisch’s breakout year happened in 2012. Not only did Wallisch win two X Games gold medals and the Dew Cup, but also was named Men’s 2012 SlopeStyle World Champion.

Wallisch has also produced and starred in multiple ski films, including his own film, The Wallisch Project. In 2015, he started a ski film company called “Good Company,” which has produced five films and over 50 edits. Wallisch has been named Freeskier of the Year more than once, and in 2012 won the ESPN Action Sport Athlete of the Year.

Kelly Sildaru is an Estonian freestyle skier who started entering professional events at the age of 13. Although Estonia doesn’t have a great ski scene, her parents made it their goal to travel the world so Kelly could continue her lifelong passion.

One of Kelly’s greatest achievements happened at the Mayrhofen Freeski Open in Austria, where she landed a switch 900 for the first time. It was her first time attempting that trick, and her flawless execution wowed the judges. In the 2016 Winter X Games, Kelly became the youngest person ever to win gold after she won the slopestyle competition.

Kelly is known for her ability to try crazy new tricks. In the 2017 Winter X Games in Norway, Kelly landed a switch 1260 Mute and a 1440. She was the first woman to land both of these tricks.

In 2002, Tanner Hall co-founded the skiing company Armada Skis with fellow skier JP Auclair. Hall has also been featured in many skiing films, including Poor Boyz Productions’ Happy Dayz (2002) and Everyday is a Saturday (2009).

Henrik Harlaut is a Swedish freestyle skier who is the most accomplished men’s skier in terms of medals in Winter X Games history. He has 13 medals at the Winter X Games, including eight gold medals. Harlaut is known for his unconventional clothing and riding style, which he describes as adding extra flavor to each trick. He has competed at multiple Olympic Games, but only has medaled once, capturing bronze at the 2022 Beijing Games.

Grete Eliassen is an American-Norwegian freestyle skier who has been a prominent figure in women’s freestyle skiing movement. From competing in 2005 to 2011, Grete won over 6 X Games medals. In fact, in her first year as a freeskier, she won both the Rip Curl Free Ski and the US Open.

In 2010, Grete Eliassen directed a ski film called Say My Name which was a major milestone for female skiers. This film was sponsored by Red Bull and included exclusively women skiers. In the same year, she broke the world record for the longest hip jump after flying more than 31 feet in the air going 60 mph. Grete Eliassen continues to support women freestyle skiers and serves as one of the presidents of the Women’s Sports Foundation.

Gus Kenworthy is an Olympic freestyle skier from Chelmsford, Great Britain, who has competed in events all over the world. He won silver in the slopestyle event at the 2014 Winter Olympics in Sochi. He has also won many events at both the X Games and the FIS World Cups.

One of Kenworthy’s greatest achievements includes medaling in every event at the 2016 X Games, which includes the SuperPipe, Slopestyle, and Big Air competitions. Later that year, Kenworthy won an ESPY for being the Best Male Action Sports Athlete. He also started acting in 2017, being in many films including the television show American Horror Story and the movie Sharknado 5: Global Swarming.

Chris Davenport is an American skier who was the first person to traverse all 54 14,000-foot peaks in Colorado in under a year. This is one of many feats, including being one of the first people to ever ski on Mt. Everest. He is also an accomplished competitive skier, a two-time world champion in freestyle skiing. While he is now a commentator on various sports television networks such as ESPN, he also competed in the Winter X Games, bringing home a bronze medal in 1998.

Jon Olsson is a professional freeskier from Sweden who started freestyle skiing at the age of 16. At his first X Games appearance in 2002, Olsson came in 3rd in the slopestyle event and 1st in the superpipe. From then on, Olsson went on to compete in hundreds of events in the following years, including the Rip Curl series, Red Bull Big air events, and the World Superpipe Championship, where he came home with a 1st place win. In 2005, Olsson started his own event called the Jon Olsson Invitational, which takes place in his home country of Sweden.

Olsson is also very active on social media, where he frequently documents his day-to-day adventures. He has gained a large following as he travels the world making vlogs with his wife.

Simon Dumont is an American freestyle skier from Bethel, Maine who is known for his ability to commit to some of the wildest tricks while flying off jumps. Dumont made the switch from alpine to freestyle in 2003 and immediately brought the sport to a whole new level. Since 2004, Dumont has won medals seven times at the Winter X Games.

Despite a giant accident in 2005, after flying 100 feet over the landing area going 60 miles per hour, Dumont returned a year later and came in third at the X Games superpipe. His success throughout the various freestyle competitions has led to a career starring in many ski films all over the world.

Who is the best freestyle skier of all time?

The best freestyle skier of all time is David Wise. In 2014, Wise won the first Olympic gold for the men’s half-pipe and repeated the feat for a record-breaking second medal in 2018. In addition to his Olympic success, he has also won four X Games gold medals and is known outside the sport for his charitable pursuits.

Which freestyle skier has won the most Olympic gold medals?

Who are the most famous freestyle skiers of all time?

The most famous freestyle skiers of all time are Simon Dumont, Sarah Burke, and David Wise. Wise is well-known both for his charity and three Olympic medals in the men’s halfpipe. Though not as competitively successful, Dumont is renowned for his wild tricks and has a career starring in ski films. Burke is famous for her immense prodigy before tragically passing away from a practice accident in 2012.

Pages Related to Top 10 Freestyle Skiers of All time