How Does Scoring Work in Alpine Skiing? 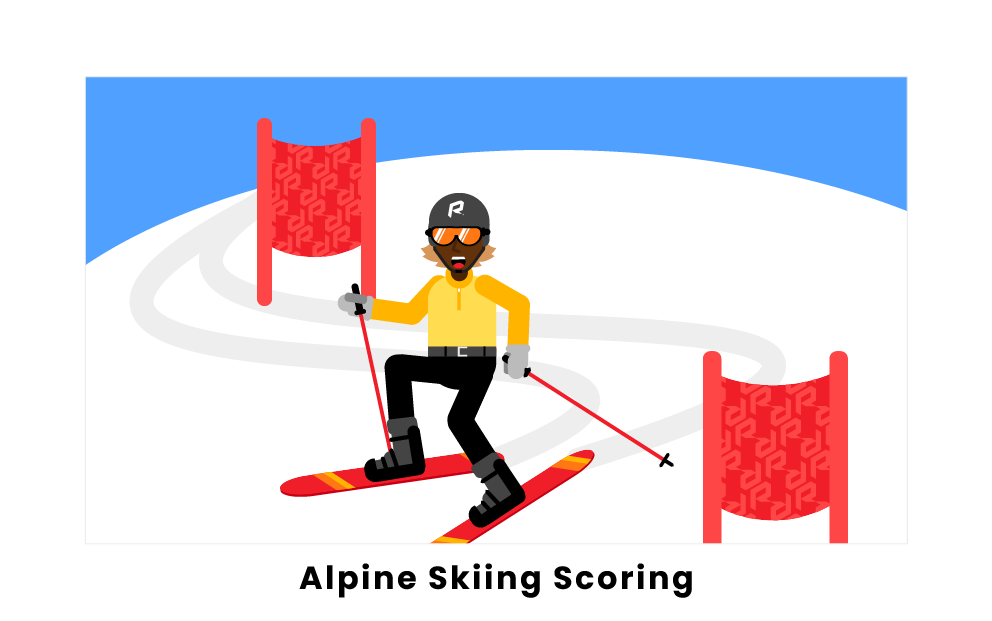 The scoring system for individual alpine skiing races is fairly simple and is based on who can earn the fastest times on a course. Point systems are also used in FIS alpine skiing to determine an athlete’s overall ranking during each season of the sport. Divided into two types of events, speed and technical, the sport involves skiing down long, steep slopes, or down winding courses with paths marked by gates.

In the Olympics, all five alpine skiing events are scored the same way, by time. The athlete who completes the event with the fastest overall time will be considered the winner, receiving the gold medal, while the second and third-fastest times receive silver and bronze, respectively.

The process for scoring alpine skiing in the Olympic Games is very simple, as each individual event is contested over the course of one day, with a single result determining the medal winners. There are five alpine skiing events in the Olympics: downhill, slalom, giant slalom, super-giant slalom (also known as the super-G), and super-combined. In each of these events, athletes tackle a different kind of ski course.

In the downhill, a speed event, athletes perform a one-run race on the longest ski course at the Olympics. Downhill is the fastest alpine skiing event, with some athletes reaching speeds of up to 75 mph. In the slalom event, skiers travel down a winding course and navigate approximately 50 gates, which they are required to pass through with both skis in order to remain in qualification. Slalom competitors perform two runs, each on a different course.

Giant slalom is similar to the slalom event but has fewer gates that are also spaced farther apart. Meanwhile, the super-giant slalom is a competition that merges downhill and slalom, with gates spaced similarly to a giant slalom but fewer turns, therefore involving greater speed. Finally, the super-combined event involves the combination of a downhill race and a slalom race.

The FIS follows the same scoring system as the Olympics in terms of individual races. Each individual World Cup race is a time-based event, where athletes win based upon the speed at which they complete their races. However, in order to determine athlete rankings for the entire season (as well as potential Olympics qualification), the FIS implements another system for scoring alpine skiing, a points system based upon races won.

In the FIS World Cup, races typically include around 30 athletes and, depending upon their placement in each race, each athlete receives a predetermined number of FIS points. At the end of the season, the cumulative point counts for each athlete are determined, and the athlete with the highest number of points wins the FIS World Cup award, the Crystal Globe. Accumulated points also help determine the starting order of races throughout the season, with high-scoring athletes earning better-seeded places in races based upon points won in the previous race or overall in the season thus far.

The breakdown for points-per-race in the FIS World Cup is as follows:

For the parallel event, there are additional scoring rules, which state that only the first 15 skiers in the race receive points, and if any skier’s time is more than 108% of the winning time, that skier is awarded no points, even if they finish within the Top 15.

What is the scoring system in alpine skiing?

In alpine skiing, the scoring system for each individual event is very simple. Races are won by the athlete with the best overall time. This rule applies to all individual races in both the Olympics and the FIS World Cup, including downhill, slalom, giant slalom, super-giant slalom, super combined, and parallel. In the FIS World Cup, an additional scoring system awards athletes points based on where they finish in each individual race, which forms a combined score at the end of the season.

How does alpine skiing scoring work in the Olympics?

Each race is won by the athlete who has the fastest time, earning them the gold medal, while the second and third-fastest times receive silver and bronze, respectively. In the Winter Olympics, five alpine skiing events are held for both men and women: the downhill, the slalom, the giant slalom, the super-giant slalom, and the super-combined. Since there is only one race for each of these events, there is no need for a points system in the Olympics.

What do FIS points mean in alpine skiing?

In the FIS World Cup, which lasts an entire year, there are many races held in the various alpine skiing disciplines. In addition to having a winner for each race, the FIS awards each athlete in a World Cup race a predetermined number of points based upon their finishing place in that race. These points add up over the course of the season and are helpful in determining seeding for various races. At the end of the season, the points scored by all alpine skiers in the World Cup are tallied, and the skier with the highest number of points in the season receives the FIS World Cup trophy, the Crystal Globe.

Pages Related to How Does Scoring Work in Alpine Skiing?