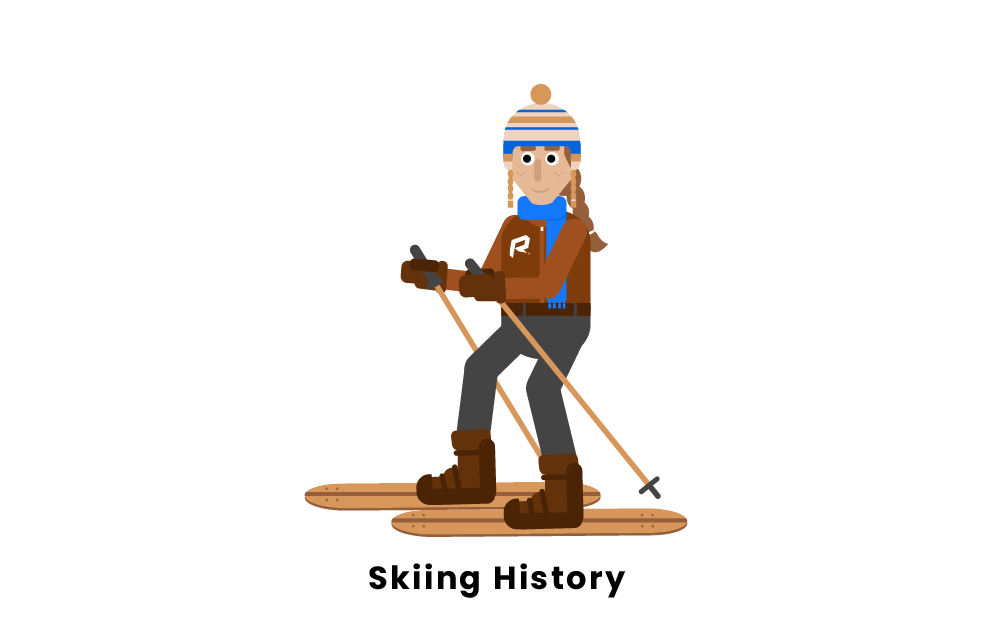 Skiing is one of the most popular winter activities there is, in which people attach skis to their feet and use it to glide over the snow. Skiing is practiced both recreationally and competitively. Many places in the world have recreational skiing as their primary tourism activity and receive many tourists every winter to practice the sport. Skiing is a whole lot of fun, and a great way to stay fit during the cold season. Besides practicing it, it is also fun to watch competitive skiing competitions. There are many varieties of it such as: Cross Country Skiing, Alpine skiing, ski jumping, half pipe and many others. Many of these varieties are present in the winter Olympic Games.

Skiing as a sport and recreation first started in the scandinavian country of Norway, where the military incorporated skiing into their training. Shortly after, the swedish army did the same, and what was only something used by farmers started to become a sport and a recreational activity. Both militaries organized internal skiing races and competitions. Such events varied, people would race down slopes, practice ski jump, and do what we now know as cross country skiing.         Soon the sport broke the barriers of the Norwegian Military, and in 1843 the first skiing race took place in Norway. The country continued to be the center of skiing's development, until it grew popular in the whole world, and especially in those places with snowy winters.

There is no single individual who invented skiing. Skis were used way before it became a sport as an object to facilitate locomotion during the winter. Nonetheless, there are important people who made important contributions  that turned skiing into the sport that we know today. Skiing became a sport when the Norwegian military adopted the activity, however, one of the most important personalities in skiing history was not part of the military. Sondre Norheim was the first person to create a mechanism that safely attach skis to skiing boots, thus enabling the creation of ski jumping. He also created the prototype of modern sidecut skis. In addition to that, Norheim was also a great skier who won many competitions, and helped popularize the sport. Although not being the inventor of the sport, all of his contributions gave Sondre Norheim the title of the Father of Modern skiing.

Although there is evidence that suggests that humans used wood planks in their feet during the last ice age, around 11,700 years ago, it took a little more time for the practice to be established as a sport. It was around the 19th century that it started developing into a sport, with the norwegian army organizing competitions. There is no specific date or even year that can be considered the official establishment of skiing as a sport, as it was a slow process all throughout the 19th century. By 1924, the sport was already popular and developed enough that it was included in the Winter Olympic Games. The next few decades were marked by the growth of the sport, with even more competitions and different skiing events being added to the Olympic program, like alpine skiing in the 1936 edition of the games.

As we saw before, skiing developed into a sport all throughout the 19th century. It was also during that time that it became a popular winter activity. In addition, during the 20th century that helped the sport become safer, easier to practice, and thus more popular, such as the chairlift, the metal skis, and the plastic boots. The oldest ski resorts date to the beginning of the 19th century, some of them still open and functioning perfectly.

Naturally, countries that are the most traditional in skiing are those with snowy winters, and good mountain peaks, where practicing the sport is part of the culture. The countries in the list below are known for their success in skiing competitions, good skiing conditions, and skiing tourism popularity.