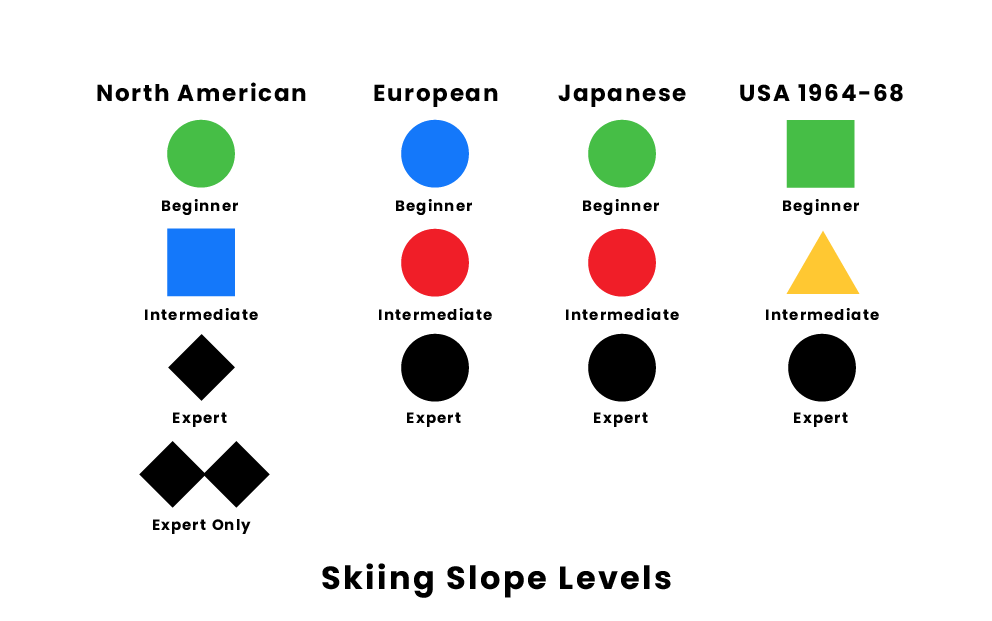 Skiing is a sport that involves moving across layers of snow using skis attached to ones boots in order to glide across the top most layer of snow. There are many levels of slopes that are present across North America including green circle, which is usually the easiest, blue square, which is considered an intermediate, and black diamond, which is considered the most difficult and usually only used by ski experts and advanced skiers. Skiers must be prepared before going on the slopes by bringing the correct equipment. The equipment that skiers need are skis, ski boots, goggles, a helmet and ski poles. Protective clothing should also be used by all skiers as it reaches frigid cold temperatures on the slopes. Before beginning, all athletes should go through proper training in order to fully understand the different aspects of skiing.

Skiing can be difficult and confusing for athletes trying to learn. When at a ski resort, it is always better to hit the slopes rather than sit around not knowing what to do. The goal of skiing is to make it from the top of the slope to the bottom in the shortest amount of time as well as without getting hurt. The basic things that all skiers should know before officially hitting the slopes are:

Each slope has different rules and slope ratings.

To make a turn while skiing, skiers should perform a move similar to the wedge. This will allow beginners to stop and turn. Another method of turning is called parallel turn. This can be performed when turning in either direction. When turning left, you should push your right ski away from your body while still keeping it parallel to the direction of travel. To make a right turn, just do the opposite!

It is the skier's job to avoid any other athlete in front of them on the slopes. The person in front always has the right of way

Chairlifts can be extremely dangerous so every skier should make sure they know how to enter, exit, and sit on the chairlifts.

These rules are in place in order to avoid as many accidents as possible on the slopes. Keeping everyone safe is top priority for ski resorts. Athletes should not be scared of the rules in place as they are there to help them and others.

Like all sports, skiing can be dangerous, so before beginning everyone should make sure that they know the basic rules and setup in order to safely and successfully ski. The different slopes that are present allow for different levels of difficulty and give athletes some way to test their skills and improvement over a period of time. Within each level of slopes, there may be obstacles in order to make them more difficult but at the same make the slopes more fun and interesting.

Rules include: knowledge of yourself, do not stop while on the slopes, and the signs and markings should be respected by all athletes. The rules that have been created and implemented are in place to keep everyone safe and ensure that everyone has fun while shredding the slopes.