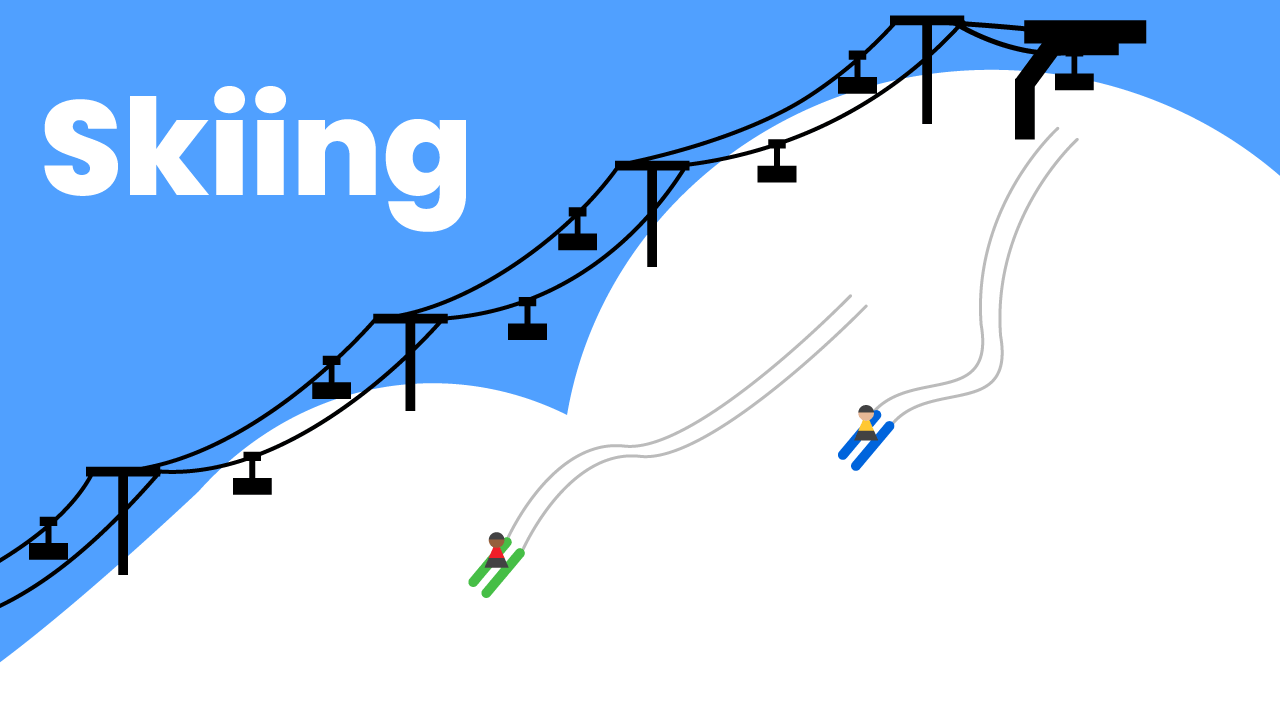 Skiing, a recreational activity, mode of transportation and sport, dates back to the oldest known pair of skis from between 8000 and 7000 BC. As a sport, skiing has grown steadily in popularity since the first competitive event happened in Norway in the 1840s. Competitions take place in Alpine, Nordic and freestyle events. Skiing is generally done on snowy surfaces, but grass skiing, water skiing and even sand skiing are known variations of the sport.

Besides in competitions, skiing has also been used for military purposes in World War I and World War II as well as occasional use for travel, even today, in rural Scandinavian countries.

Skiing for sport in Europe took off in the 1890s after an explorer published his account of a yearlong, trans-Greenland ski expedition. The emergence of rope tows, gondolas and chair lifts about 40 years later, around the time that alpine skiing was introduced in the Olympic Games, helped alpine skiing in particular to gain popularity, as did televised coverage of competition in the 1950s. Cross-country and ski jumping events are considered Nordic, or classic, forms of skiing, and these originated before alpine ski events.

Type of start, race distance and skiing style all help to differentiate the various cross-country races. Alpine skiing races are divided into slalom, giant slalom, super giant slalom and downhill categories. Each alpine race, in that order, gets faster and has fewer turns. Freestyle skiing focuses on acrobatics and utilizes elements of figure skating and gymnastics.

In alpine racing, the slalom and giant slalom races are considered more technical. They assess the skier's ability to maneuver over courses, passing both skis through closely spaced gates. In these races, the athlete with the lowest combined time in two runs on two different courses is the winner. In cross-country races, skiers race against the clock as opposed to against each other and aren't passing through gates. In the freestyle ski events known as acro, the skier performs a 90-second routine set to music, doing jumps, flips and spins while descending a hill with a slope of 12 to 15 degrees. The acro skier is scored by judges based on artistic concepts and technical difficulty.

The basic concept of skiing involves attaching skis - long, skinny objects typically made of both natural and synthetic materials - to shoes or boots and gliding over surfaces.

Ski construction has evolved over time, starting in the 1950s with the addition of a plastic running surface on the bottom. They're now typically made with a foam core that's surrounded by wood, fiberglass, synthetic fibers, some sort of metal and then a plastic base. Ski length for downhill skiers is usually close to the height of the skier themselves, where Nordic and jumping skis are longer and thinner. Alpine and cross-country skiers also carry poles of varying lengths, meant to help with balance and turning. Boots for all skiers are generally made of plastic and are close-fitting and heavy.