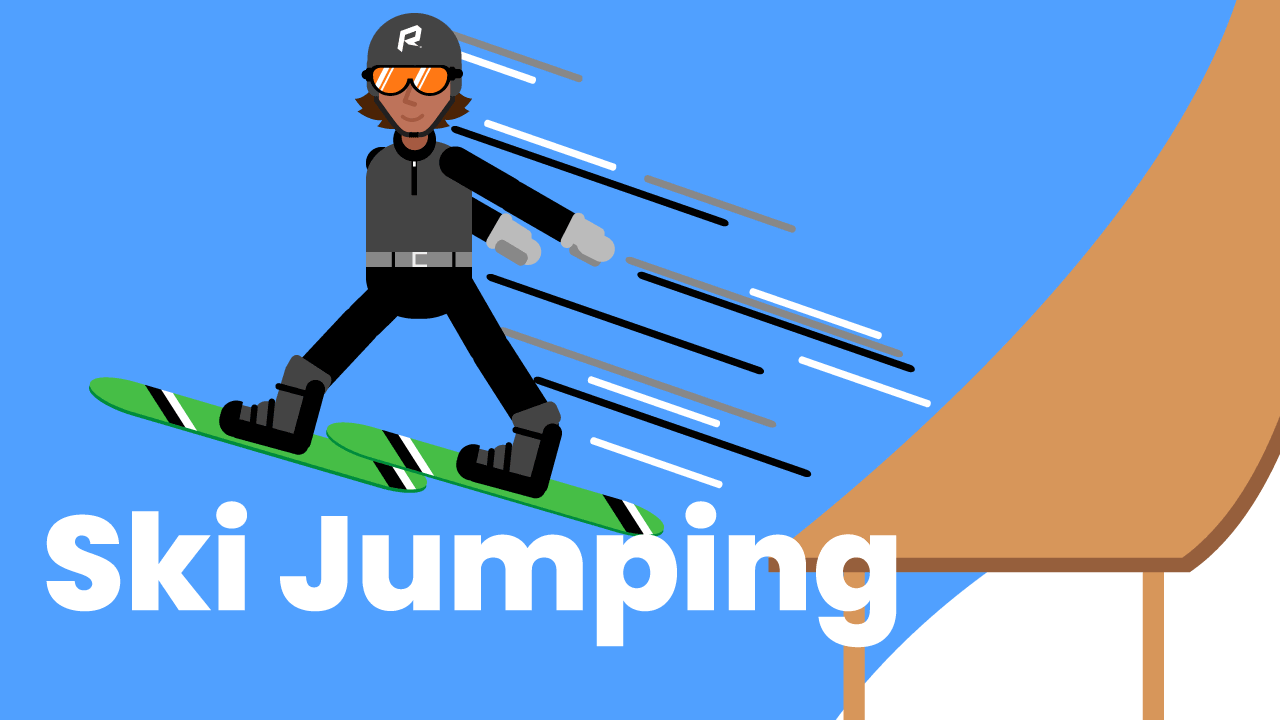 When competing in a ski jumping event, the participant starts in a crouched position at the top of a hill. Once the signal is given indicating the skier has permission to start, the skier takes off downhill and rapidly builds speed as the bottom of the ramp is reached. This process is known as the in-run and is followed by the take-off, in which the skier pushes off the ramp and is propelled into the air. While in flight, the skier attempts to position his/her skis in a V-shape in order to maximize surface area and achieve a safe landing. Although the ski jumper is never more than 10-15 feet above the ground, the high starting speed and changing wind currents make it challenging to maintain control through the air. The landing marked the end of the stunt, in which the skier bends slightly at the knees and makes impact with ground. Although the landing aspect isn't particularly difficult for an experienced ski jumper, it is nonetheless vitally important as a soft landing is crucial to the skier's safety.