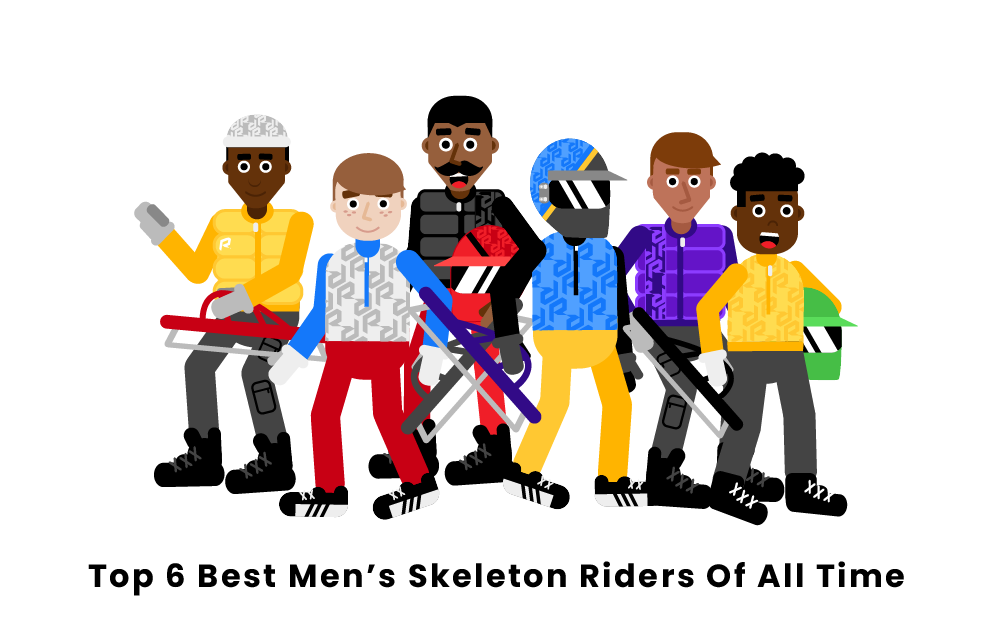 The sport of skeleton is considered to be one of the oldest sled racing sports. Although it only became a permanent fixture in the Winter Olympics after 2002, its history includes many legendary riders, the best of which will be featured here.

Who are the best men’s skeleton athletes of all time?

Martin Dukurs is one of the most accomplished athletes in the history of skeleton racing. The Latvian, trained by his father and national coach Dainis, has earned top-three finishes in both the IBSF World Championships and the Olympics. At the IBSF level, he has won a record six titles, including three in a row from 2015 through 2017, making him the only man ever to accomplish that feat. He has also won 59 career IBSF World Cup races and earned the top spot on the overall rankings ten times. In 2010 and 2014, he finished second in the Olympics, and perhaps the only thing missing from his world-class resume is an Olympic gold medal.

Christian Auer was the most dominant Skeleton rider of the 1990’s. Between 1989 and 1996, he won the World Championship and World Cup five times each. During that time, the Austrian legend also won two silver and two bronze medals in international competitions. Overall, the prime of his career included some of the most dominant years ever seen in skeleton racing, and the only thing missing from his resume is Olympic medals. This is a result of the games not including skeleton until 2002 when Auer was already 36. Impressively, he still managed to qualify and compete that year, finishing 12th.

Aleksander Tretyakov started competing internationally as a teenager back in 2000, and since then, he has put together a prestigious career. He performed well on skeleton’s biggest stage, taking home two Olympic medals, a bronze in the 2010 Games and a gold in 2014 in Sochi. On top of his Olympic success, Tretyakov has also won an IBSF World Championship and twice been ranked number one in the BMW IBSF World Cup rankings. Tretyakov has also competed in team races, most recently earning a bronze in the Skeleton mixed team competition World Championship.

Gregor Stähli is a Swiss skeleton rider that started his illustrious career in 1989. Skeleton racing did not return to Olympic competition until he was in his thirties, but Stähli still managed to take home a bronze medal in both the 2002 and 2006 Olympic games. He continued to dominate in his thirties by winning World Championships in 2007 and 2009 while taking home a second-place finish in 2005. This marked over a decade since his first World Championship win in 1994. He has remained involved in the sport following his retirement and recently took over as managing director of the famed Olympia Bobrun St. Moritz-Celerina track.

To this day, Christopher Grotheer is one of the most elite skeleton riders in the world. He was ranked number one in the BMW IBSF World Cup overall rankings for the 2021-2022 season and has also recently helped his team take home the gold at the 2021 skeleton mixed team competition World Championships. Perhaps his greatest accomplishment is becoming just the third man ever to defend his World Championship title, as he was able to win in both 2020 and 2021. Though he has not had as much success in World Cup races and has yet to win an Olympic medal, Grotheer is poised to add more to his already impressive resume in 2022 and beyond.

John Heaton is perhaps the greatest American skeleton rider of all time and one of the world’s best for three decades. He competed with his brother in the 1928 St. Moritz Olympic Games, the first in which skeleton racing was featured. He and his brother took the silver and gold, respectively. After the Olympics, Heaton went on to win several major competitions in the 1920s and 30s, including winning the Grand National in 1927 and 1929. When skeleton riding returned to the Olympics 20 years after his first medal, Heaton competed again as an underdog to the many younger competitors but again was able to take home the silver medal. Many consider Heaton to be a pioneer of the sport, helping to make skeleton what it is today.

Who is the greatest men’s skeleton rider of all time?

Martin Dukurs is the greatest men’s skeleton rider of all time. He was awarded the number one spot on the IBSF World Cup overall rankings ten times due to his incredible record at international competitions. He won six World Championships and is one of only three men to win back-to-back titles, which he accomplished multiple times. He also managed to take home two Olympic silver medals, one at the 2010 VancouverGames and one at the 2014 Sochi Games.

What men’s skeleton rider has the most IBSF Skeleton World Championship wins?

Martin Dukurs has the most IBSF Skeleton World Championship wins with six titles. He is one of only three men ever to win back-to-back championships, a feat he accomplished three times by winning the title in 2011 and 2012 and then three in a row from 2015 through 2017. Dukurs also finished second at the World Cup in 2013.

Who is the youngest Olympic gold medalist of all time in men’s skeleton?