How Does Scoring Work in Skeleton? 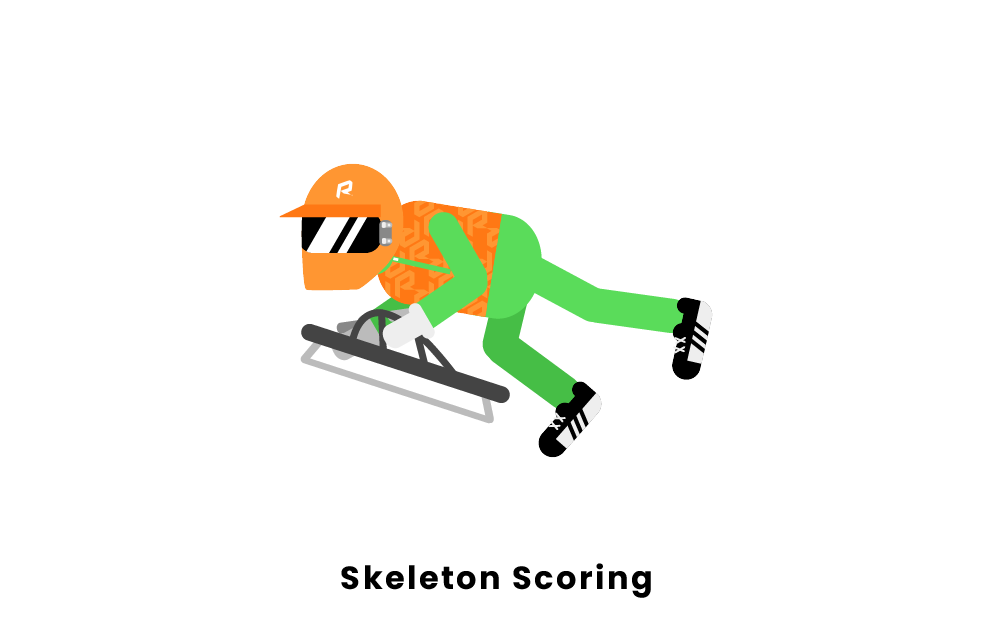 Skeleton is one of the fastest sports on ice, involving athletes lying on sleds and hurtling face-first down slippery, curving ice tracks. Similar to luge and bobsleigh, skeleton originated as a recreational sport in the 1800s and eventually made its way to the Winter Olympics. Today, skeleton is managed by the International Bobsleigh and Skeleton Federation (IBSF). The scoring system for individual skeleton races in both the Olympics and IBSF competitions is identical and very simple, but the IBSF also has a more complicated scoring system meant to determine rankings in the sport.

In the Winter Olympics, the object of skeleton, much like luge and bobsleigh, is simple: to have the fastest time. Athletes attempt to win races by completing the skeleton course in as little time as possible. They rely on speed, reflexes, and focus to slide down the track at speeds of nearly 100 miles per hour. There are two total skeleton events in the Olympics, one for men and one for women. The races are run the same way, with each athlete performing four runs in total. After each athlete has completed their runs on the track, their four times are combined into a cumulative time, and these times are then compared. The athlete with the lowest combined time wins the gold medal in the event, with the second-lowest winning silver and the third-lowest winning bronze. Originally, Olympic skeleton athletes performed only two runs, but beginning in 2010, the races were altered to include four runs.

For individual races in each of these various IBSF competitions, skeleton is scored the same way, by athletes making multiple runs down the skeleton course and aiming for the fastest time, with the fastest cumulative time at the end of each event winning the competition. The IBSF also employs a second scoring method to help determine the rankings of international skeleton athletes and aid in qualification for events such as the Olympic Games. In this scoring method, the IBSF assigns a point value to each placement in a skeleton race, usually consisting of 30 athletes. Depending upon where an athlete places in their race, they will receive a predetermined number of points. Point levels vary based upon the type of skeleton event the athlete participates in, with World Cup and World Championship races earning higher point values than ICC or Junior World Cup races, which earn more points than North American Cup, European Cup, and Youth races.

The points-system for determining IBSF ranking in skeleton is as follows:

What is the scoring system in skeleton?

In skeleton, the basic scoring system for races is straightforward. Athletes travel down the track in four separate runs, looking to complete the course as fast as possible. After each athlete has completed their four runs, their times are added together, and the athlete with the lowest cumulative time is declared the winner of the event. For IBSF competitions, each athlete in a race also receives a predetermined number of points based on where they were placed at the end of the race. These point values differ depending on the type of race the athletes were competing in and help to determine international rank.

How does skeleton scoring work in the Olympics?

Scoring for skeleton in the Winter Olympics is very simple. As with IBSF skeleton races, Olympic skeleton athletes perform four runs down the skeleton course, trying to score the fastest time possible. At the end of each athlete's four runs, their times are added up, and the athlete with the lowest cumulative score wins the gold medal, with the second and third-lowest winning silver and bronze. Before 2010, Olympic skeleton athletes performed only two runs in their events, but this was changed to four for the Vancouver Games.

What violations will get you disqualified in skeleton?

There are a variety of violations that can earn an athlete disqualification in skeleton. Athletes can be disqualified for incorrectly wearing their start number shirts, illegally adjusting, heating, sanding, or applying substances to their sled runners, or for unsportsmanlike conduct such as doping, poor behavior, or violation of Olympic Charters. Additionally, associating with an athlete, team, or nation that has been disqualified during their period of disqualification can also disqualify an athlete.

Pages Related to How Does Scoring Work in Skeleton?