What are the rules of skateboarding? 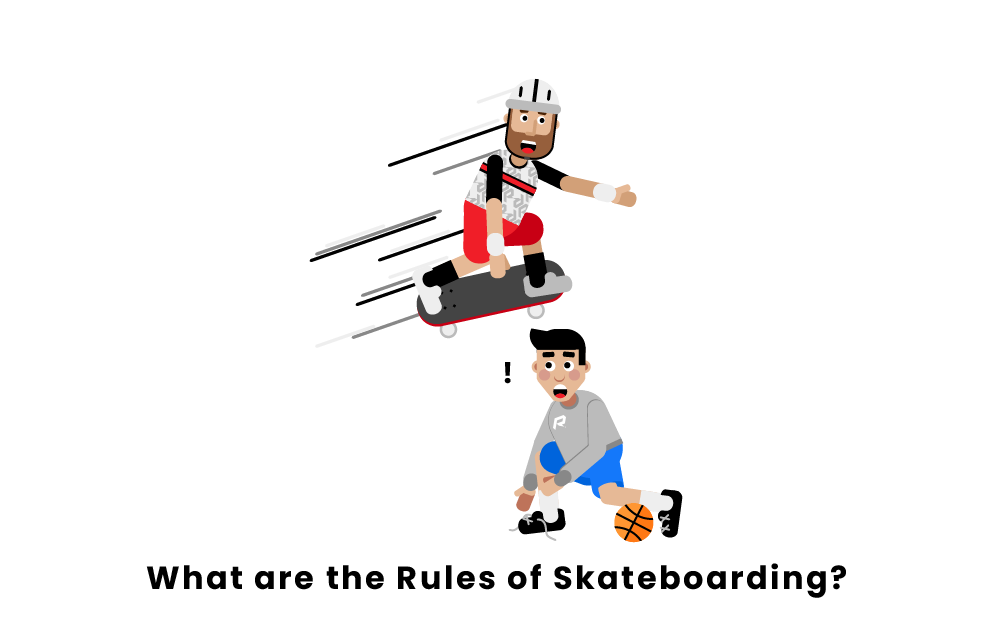 Park competitions are one of the two skateboarding events in the Tokyo 2020 Olympics. It consists of skateboarders competing in hollowed-out bowls with complicated turns and curves. Judges will score each run on a scale of 0.00-100. The highest and lowest scores of a run will be dropped, and the three remaining scores will be averaged to calculate the run’s final score. Each skater’s highest scoring run will count as their qualifying score.

In World Skateboarding, competitions consist of four rounds: the Qualifier, Quarter Final, Semi-Final, and Final. Each round consists of 2-4 runs of 40-50 seconds. Skateboarders can perform air outs, grinds, stalls and flip tricks along the bowls and copings to score during their runs. The degree of difficulty and originality are taken into account when scoring the skateboarders’ runs.

Street competitions are also one of the skating events in the Tokyo 2020 Olympics. It is held on a course with stairs, rails, hubbas, benches, quarter pipes, and ledges. To score points in a street competition, athletes can grind or slide on obstacles, do flip tricks off stairs, and even do switch tricks. It is their choice which obstacles to utilize during each run.

Switch tricks are when skateboarders position their opposite foot from their main stance at the front of the board. For example, if a skater rides with their right leg forward, they are “goofy” footed, and the opposite stance would be “regular” footed, which is the left foot forward. These tricks are given a higher score because they are much more difficult to perform.

In Olympic Skateboarding competitions, there are also four rounds: the Qualifier, Quarter Final, Semi-Final, and Final. In the run format, skateboarders get 2-3 runs that are 45-60 seconds long. “Best trick” runs are also used in the final rounds of street competitions. In this format, each skater will have five chances to land their “best trick”.

The skateboarder with the highest score in the competition wins.

Street skating makes up a significant portion of skateboarding culture. It consists of using urban environments such as stairs, handrails, curbs, and ledges for skating.

This style of skateboarding is often done in front of private or public property that prohibits skateboarding altogether. However, the skaters engage in the activity anyway because of the rebellious nature of the sport and, for some, it is how they get paid.

There are not really any rules in street skateboarding, but there is etiquette that skaters try to follow.

Since its beginnings, street skating has been a sect of skateboarding that doesn’t abide by cut and dry, written rules. However, there is some important etiquette to consider as a part of your local street skating community. Read on to learn about the general etiquette of street skating.

The game of skate is a fun and competitive aspect of the sport that is generally played with two people but can also be played with more. It is a lot like a game of “horse” in basketball. Here is how it works.

You and the other skater decide who goes first by playing rock paper scissors, which is called ro-sham-bo in skateboarding. The objective of the game is to land a trick that your opponent will bail on, which will give them a letter. The first person to miss enough tricks to spell “skate” loses.

If the first player does not land his or her trick, it is the other player’s turn. Once a trick is landed, the other skater must properly land the trick on his or her first try in order for it to count. Dragging your toe or putting your hands on the ground will not count towards the trick.

If the skater on defense is close to landing the trick, the skater who originally landed it can give them another try, which is called a rebate. If the player who is on defense has one last letter before he or she spells “skate,”  then that person gets two tries on the trick.

If they do not land it in two tries, they receive the last letter, and the other person wins.

Game of S.K.A.T.E. is a very specific form of skateboarding competition, and subsequently carries its own set of unique rules. Read on to learn about the most important rules to know within the Game of S.K.A.T.E.

Below is a list of important skateboarding rules to be mindful of before going skating.

What should you not do when skateboarding?

Do Not Snake: If a skateboarder is approaching an obstacle, do not cut in front of them. This is extremely dangerous and can leave both of you hurt.

Do Not Tailgate: Tailgating is when you follow a skateboarder too close. There should be ample distance between you and other skaters in the park you are at.

Do Not Sit on Obstacles: Sitting on obstacles such as ledges or quarter pipes can be extremely dangerous and disrupt the flow of the skatepark or skate spot.

Where should you practice skateboarding?

Skateboarding is a sport that requires constant practice. Here is a list of places where you can practice your tricks and learn some new ones.

Should I wear a helmet while skateboarding?

A big concern within the sport of skateboarding is brain injuries that occur from falling. Falling is inevitable if you are going to be skateboarding, so the best way to protect yourself, especially if you are a beginner, is to wear a helmet.

Once you get used to falling, you will learn how to fall properly, which will help prevent other injuries from happening. However, accidents happen, so it is better to wear a helmet so you can protect yourself from minor or even traumatic brain injuries.

Pages Related to What are the rules of skateboarding?