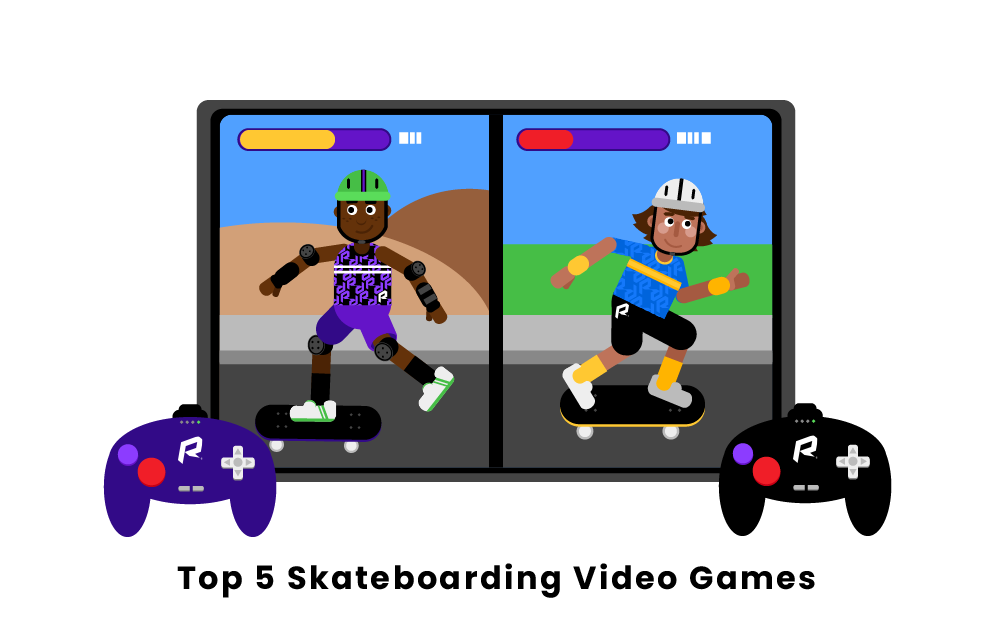 What are the best skateboarding video games?

Tony Hawk’s Pro Skater 2 is undeniably one of the best skating games ever made. The game was released in 2000 for the Playstation and was released for other consoles including PC, Game Boy Advance, Xbox, and more within the following year. It was developed by Neversoft and published by Activision. Pro Skater 2 is the second title in the Tony Hawk’s Pro Skater series, with 5 games in total. The game is praised for its expansive gameplay, improved graphics, and unique features. It allows players to participate in multiple game modes including a story mode, free skate mode, multiplayer, and level editor/creator mode. Unlike some later games in the Pro Skater series, Tony Hawk’s Pro Skater 2 received amazing reviews and was renowned as one of the best games of its time.

Tony Hawk’s Underground is another fantastic skateboarding game that utilizes the iconic Tony Hawk brand name. It was published by Activision in 2003 for Playstation 2, Gamecube, Xbox, PC, and Game Boy Advance. It is the first of 2 games with the “Underground” title attached to Tony Hawk’s name. The game’s basics are similar to that of Tony Hawk’s Pro Skater where players use a combination of buttons to perform tricks, which explains why many fans loved its mechanics. However, this game added many new features such as player customization, dismounting the board to walk on foot, new tricks, and an in depth plot for story mode. Tony Hawk’s Underground received great reviews upon its release for its soundtrack, gameplay, and wide customization capabilities. The game remains one of the most creative and entertaining skateboarding games to this day.

Skate 3 is one of the most popular skateboarding games played today. It is the third title in the popular Skate series of games developed by EA Black Box and published by Electronic Arts (EA). It was released globally in 2010 for Xbox 360 and Playstation 3. The game features an open world experience with extremely entertaining gameplay. The game’s basics are similar to the first two Skate games, but were significantly improved by adding new tricks, more multiplayer options, and custom parks. The controls for the Skate video game series differs from older skateboarding games such as the Tony Hawk series by having players perform tricks using a combination of the joysticks and buttons, making it a bit more challenging to perform complicated tricks. Overall, Skate 3 received great reviews, taking after the first two Skate games. Recently, EA announced the upcoming release of Skate 4, building excitement amongst long-time Skate fans.

Skate or Die! is a classic skateboarding game and one of the first ever released. The game came from Electronic Arts in 1988 for Sinclair ZX Spectrum, Commodore 64, Atari ST, and a few other older consoles and computer models. In this old-school game, players can play a few different game modes including downhill and ramp skating events. It featured mostly single player modes with four playable characters, but some events can be played with two players. The game received very good reviews from both console and computer players. Skate or Die! paved the way for future skateboarding video games as many fans were impressed by the gameplay which seemed ahead of its time.