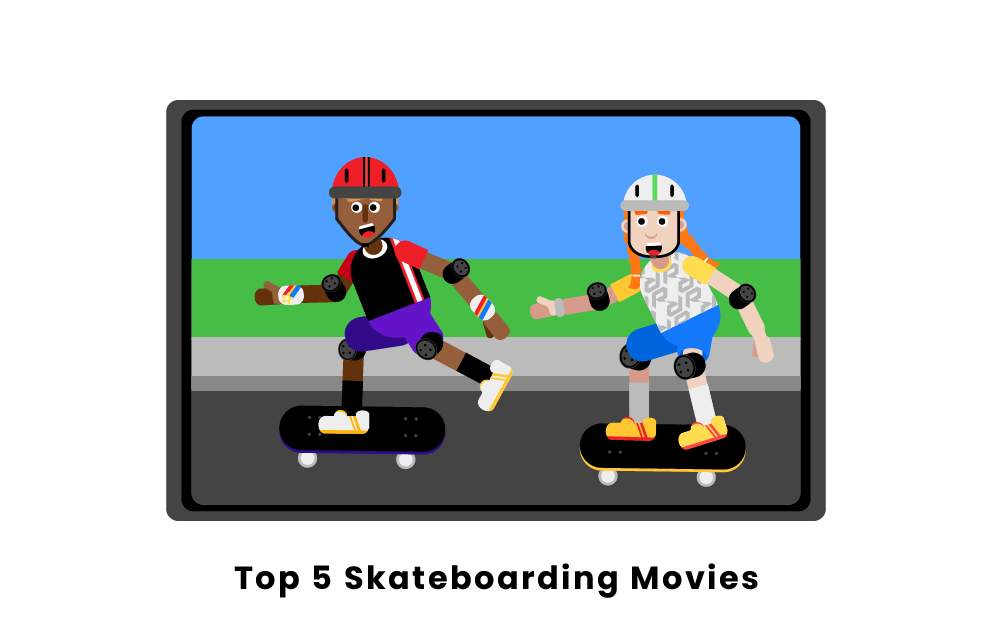 What are the most popular Skateboarding movies?

The 1989 film, Gleaming the Cube, is a nonfiction film that follows a California skateboarder, played by Christian Slater, as he attempts to avenge the death of his brother. Much like many movies of the era, the film covers the theme of teen angst and rebellion. While the film was not popular in the box office, it is known for its mass influence on current pro-skaters who have said that the film is what inspired them to start skating in the early 90s. There are also multiple appearances by many pro-skaters, including Tony Hawk and Natas Kaupas.

In addition, the movie continues to have an influence in popular culture, with shows like The Simpsons and video games like "Skate" making references to the movie's title. As a result, Gleaming the Cube is known as one of the best and most influential skateboarding movies of all time.

Thrashin' was released in 1986 and is known under the title Skate Gang. The film follows a young teen, Corey, along with his skateboarding crew and their lives as they grow up and compete with skateboarding gangs in Los Angeles, California. The role of Corey was the first starting role for famous actor, Josh Brolin, and is notoriously known as the role that a young Johnny Depp auditioned for, but was later turned down for. Along with its notable soundtrack, the movie is known for having many pro-skaters appear throughout the film, along with the band the Red Hot Chili Peppers. Many skateboarders attribute the film for having some of the most notable skate scenes of all time. As a result, among skateboarders and skating fans, Thrashin' is known as one of the most legendary skating movies.

The 2001 film Dogtown and Z Boys is one of the most famous skateboarding documentaries out there. The film explains the history of the Zephyr skateboarding team, also known as the Z Boys, and how skateboarding evolved and changed overtime. It covers topics like the surf culture and its influence on skateboarding as well as present day skate influence. The film is directed by Stacy Peralta who was a part of the Zephyr skate team as well. Most notably, the film interviews some of the most talented skaters of all time. This includes Tony Hawk, Jay Adams and Tony Alva. The footage in this film is unlike any other skateboarding documentary as it contains real time footage of the skate scene in Southern California. Dogtown and Z Boys is a must see for any skater and for anyone interested in skateboarding and the many different cultures that influenced it.

5. Stoked: The Rise and Fall of Gator

The 2003 documentary film is about the career of skateboarder Mark "Gator" Ragowski. Gator was one of the most popular skateboarders of the 80s, having been featured in many skate videos and magazines. However, all that changed when he was sent to prison. The film interviews many popular skaters who were close with Gator and leads audiences through his career as well as his personal life. The film became very popular and premiered at the 2003 Sundance film festival where it caught the eye of many notable news sources like the New York Times. While the documentary focuses mainly on the crimes committed by Gator and his ultimate downfall, it is still a very important piece to skateboard history. In the end, Stoked: The Rise and Fall of Gator is a well put together documentary about a popular California skater turned criminal.