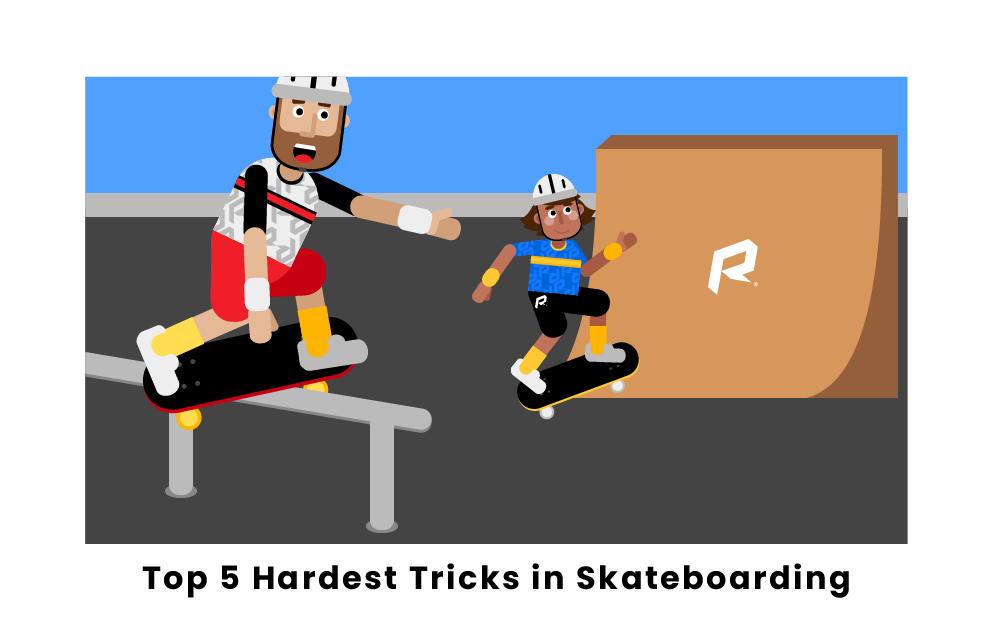 Skateboarding is a subjective sport, so this list may be the hardest tricks to do for one person, but a list of the easiest tricks to do for another. That is the beauty of the sport. With that being said, these tricks are still extremely difficult to learn if you are just a beginner, so let's break them down.

What are the hardest tricks in skateboarding? 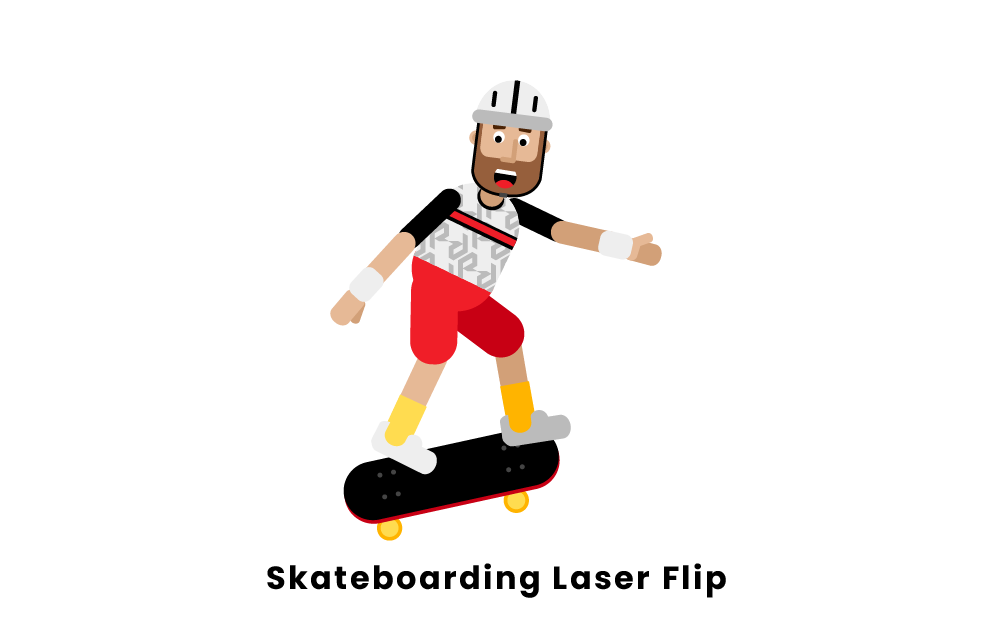 The laser flip is probably the hardest flat ground trick to land. It combines a 360 shuv with a varial heelflip.

A 360 shuv is when you flick your back foot down and back to make the board spin 360 degrees in the air with no other flips. A varial heelflip is a heelflip combined with a front shuv. Heelflips are done when the front flicks the board forward, making it spin with your heel. A front shuv is when you push your skateboard forward with your back foot, making it spin 180 degrees. To combine these two moves, you need to go into a 360 shuv and then put all of your power into your back foot at the end so that you can spin the board with your heel the way you would in a varial heelflip.

As you can see, this is a very technical trick, and that is why it is the hardest trick on our list. 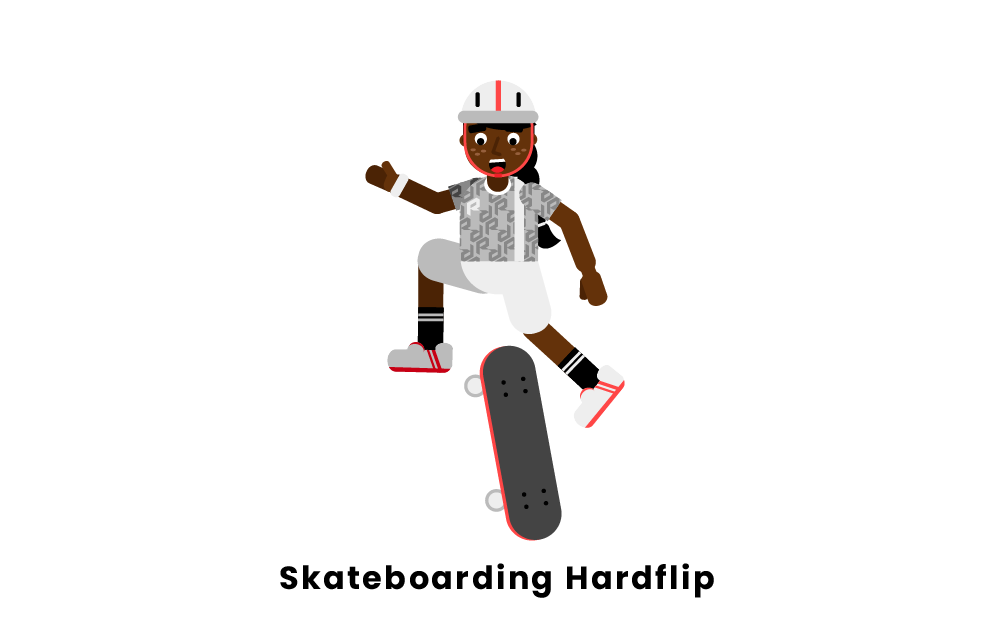 The hardflip earns number two on our list of hardest tricks because of how technical it is. This trick combines a frontside shuv with a kickflip.

The key to this trick is to pop hard, so your board becomes vertical enough that you can flick your front foot and do a kickflip. 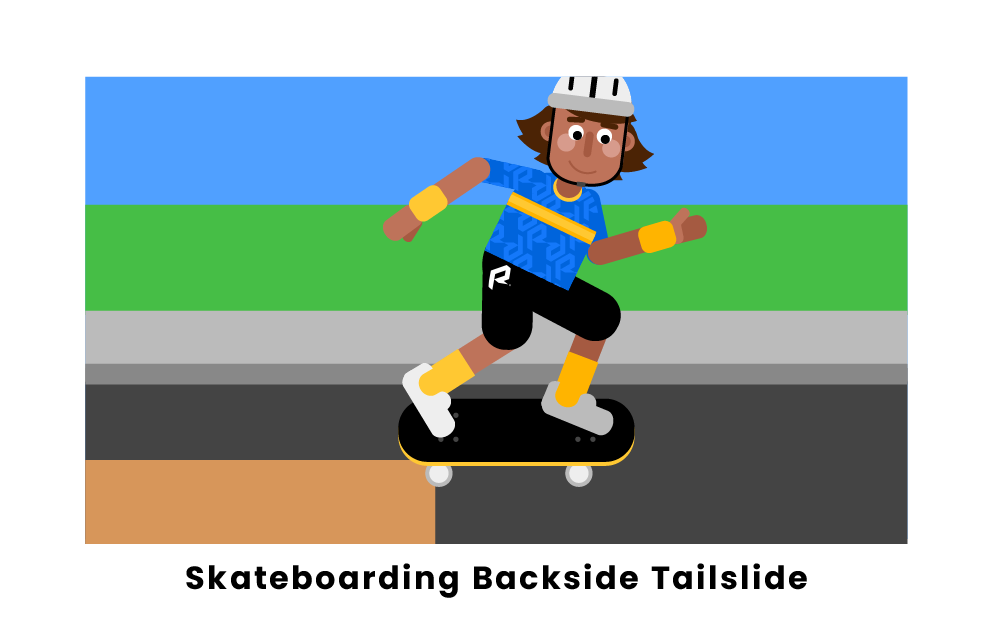 The backside tailslide is not a flat ground trick but rather a trick done on a rail, ledge, or hubba. A rail can be a flat bar or handrail over some stairs; a ledge is a flat block on the ground with waxed-up edges; hubbas are basically ledges that go over stairs.

To do a backside tailslide, you first need to approach your obstacle with your back to it. This is why it is called backside. Then you are going to pop your board, turn your shoulders slightly so your board turns 90 degrees, and slide your tail on the obstacle. 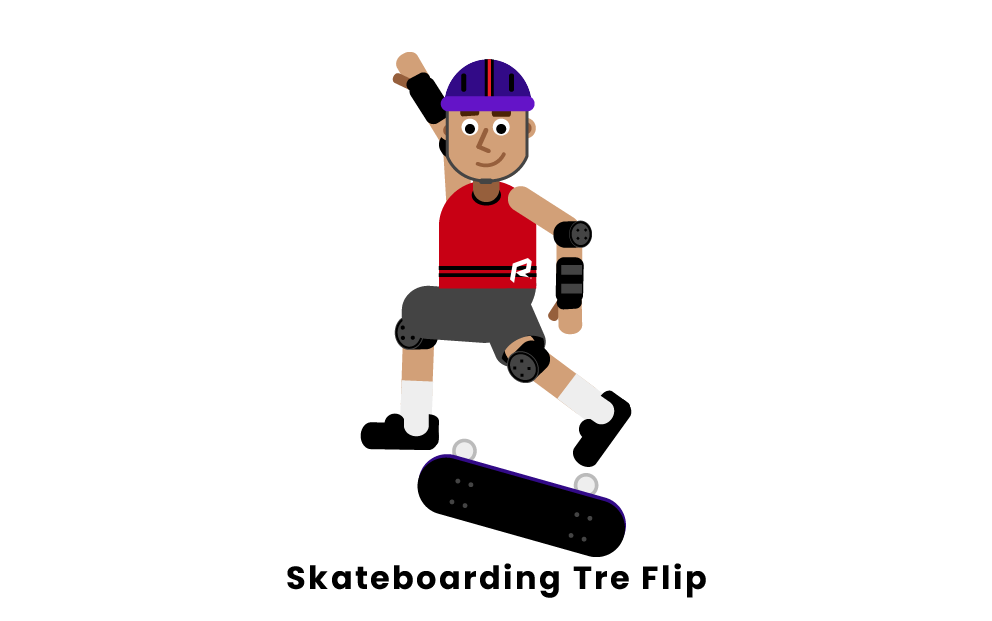 Tre flips, or 360 flips, are the combination of a 360 back shuv and a kickflip. A 360 back shuv is like a 360 front shuv, except instead of pushing forward with your back foot, you push back.

A kickflip is when you position your foot on the middle of your board and point it diagonally so when you slide your foot up to do an ollie, you are able to flick the board and make it spin backward.

The key to this trick is the backfoot. You should scoop as hard as you can while slightly moving your front foot forward. This is not as technical as the other tricks on our list, which is why it is at number four. 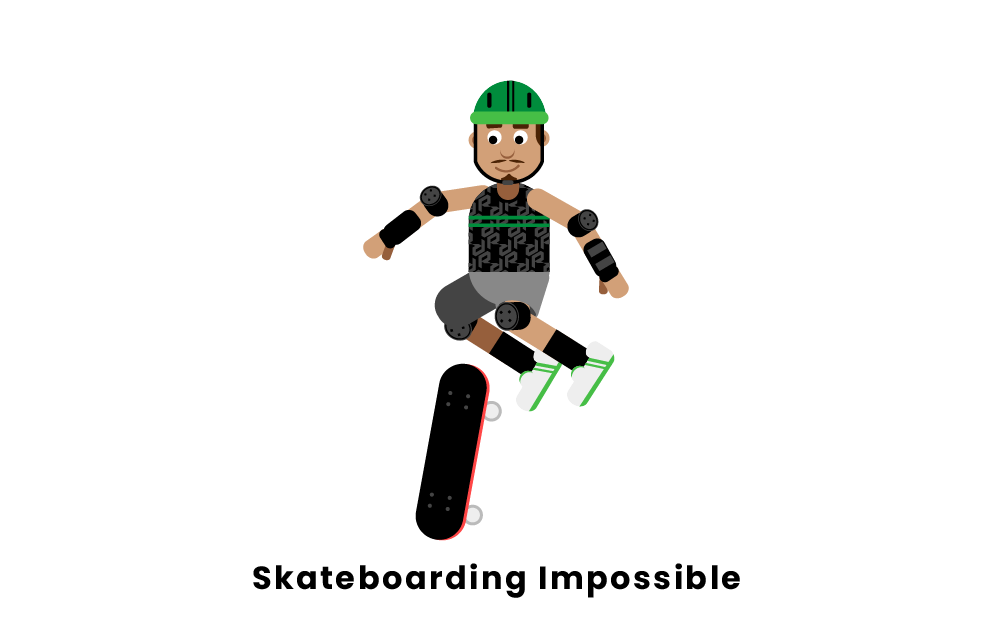 The name might seem intimidating, but this trick is not impossible to land. The impossible is one of those tricks where a lot of emphasis is placed on the back foot.

To do an impossible, the front foot is placed near the front bolts and turned at an angle. Your back foot is placed on the toe-side pocket. When doing an ollie, you are going to scoop the board with your back foot and push forward so it almost looks vertical, and this will make it spin 360 degrees. It is similar to the 360 shuv, but the difference is the board is spinning vertically, not horizontally.

The 900 is one of the most infamous and difficult skateboarding tricks ever landed. It requires a vertical ramp or “big air” ramp. To perform the 900, the skater must spin a full two and a half rotations while in the air and land back on their board. Tony Hawk is credited with being the first professional skateboarder to land the trick in competition at the 1999 X Games in San Francisco, California. Since then, only a few of the most talented and risk-defying skaters have been able to replicate it.

The gazelle flip, also known as a bigspin 360 kickflip, was invented by Rodney Mullen in 1981. Gazelle flips are considered to be one of the hardest street tricks to land, and can take months or even years for the most experienced skateboarders to master. The gazelle flip is a combination of a backside 360, 360 flip, and a bigflip. In order to do a gazelle flip, one must do three things at the same time: rotate the board one and a half times, kickflip, and a full backside rotation.

The heelflip 720 is yet another difficult skateboarding trick that didn’t quite make this list. This trick consists of the skater performing two full turns, a 720-degree turn, before going into a heel flip. The most challenging part of this trick is successfully pulling a heelflip during the already intimidating 720-degree turn. If this isn’t daunting enough, skateboarding legend Tony Hawk once said that performing this stunt comes almost entirely down to luck.

Who was the first person to perform the laser flip?

The first publicized performance of the laser flip featured Mike Hayes, who nailed the flip in a 1997 Alien Workshop video titled “Timecode.” Skateboarding has not always been as organized as it is today, so it's entirely possible Hayes learned this trick from someone else. That being said, Mike Hayes was the first person to successfully land the trick in a public forum. Hayes has even asserted that he had been performing the laser flip since 1991, six years before he introduced the world to the laser flip in Alien Workshop’s video.

What are the best places to practice difficult skateboard tricks?

Who invented the impossible in skateboarding?

The first person to successfully perform the impossible was legendary skateboarder Rodney Mullen in 1982. Mullen was no stranger to inventing new and exciting tricks. In fact, he is credited with developing a wide variety of tricks that have stood the test of time, including the 540-shuvit, the kickflip, the heelflip, and the 50/50 sidewinder.