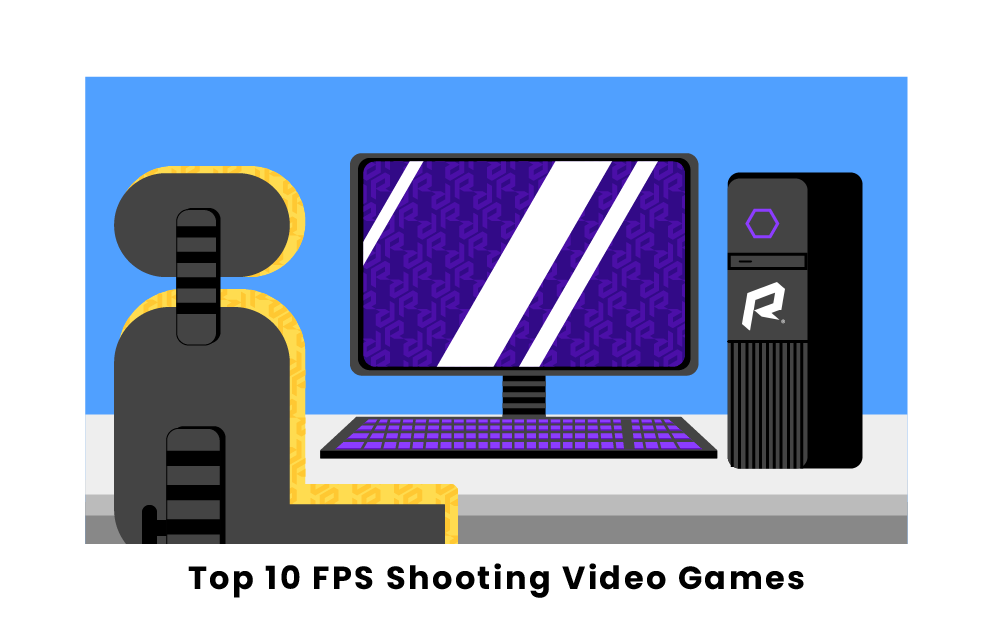 What are the most popular first person shooting video games in 2020?

At number one on the list, Doom Eternal is considered one of the best first person shooter video games of all time. Doom is a video game series and Doom Eternal adds many new demons and cool guns that contribute to the game's brilliance. The game is considered to be hard in comparison to other first person shooters. In this game, characters have less health, armor, and ammo compared to the last Doom released in 2016. You can pick these items up from writhing demons dead corpses.

The first Destiny was considered one of the better games of all time, and Destiny 2 has improved the game very much, which is why it makes the number 2 spot in the best current first person shooter video games list. This game is said to have an awesome story mode with great character development, detail, and customization. The game has many different questlines, and side quests, that make treasure hunting and exploring very fun to do. The gameplay itself is considered very smooth and players love the feel of the action within this game.

Battle royale video games have become very popular in the past few years and Call of Duty Warzone is considered one of the best battle royale games on the market. The game is free with in-store purchases that allow for customization of character outfits, weapons, vehicles, and powerups. The game has an easy system for communicating with players in the game also. This battle royale game has a feature that allows people to have a chance at re-entering the game after they are eliminated by an opponent. The monetary system within the game allows players to buy their teammates back to life, and buy many other powerups with money awarded in the game that is either found or earned through various challenges. The game allows for up to 150 players in one lobby!

Battlefield is known for creating realistic video games with immersive maps. Battlefield V makes its mark at number 4 on the list as players battle in realistic World War II scenarios featuring lightning-fast gameplay that keeps players online for hours. This game includes many war stories that follow a historical narrative with many objectives throughout the game for players to try and complete. It comes with both a story mode and a multiplayer mode. The game also comes with a battle royale version called firestorm, which supports up to 64 players in one game. This is easily one of the top first person shooters on the market today.

The Halo series is considered the best first person shooter video game series in the history of gaming and many people consider this series the absolute best. Many of these games could have made the list individually, but at number 5, the whole series makes the list. Halo games mix tense multiplayer magic with a descriptive story that opens a universe where both aliens and humans are struggling to obtain power. Many other games have copied the systems that Halo has created. The game features an awesome multiplayer mode with many different types of game playlists along with an immersive story mode that gamers become addicted to. Some Halos also have a “Forge” mode where gamers can build a map and choose which weapons and vehicles are available for use.

Rainbow Six Siege makes the list at number 6 as one of the more popular first person shooting games on the market today. This game combines the intensity of other games like Counter Strike with the unique abilities and personality of Overwatch, another fun first person shooter video game. The impressive thing is that the natural environment can be altered. Floor, walls and ceilings can all be destroyed making the game very realistic. Players choose from a list of operators and each operator has different characteristics that make them unique. This game has a large amount of different objectives that makes it fun to play.

At number 7, Titanfall 2 has first person shooter video game fans in amazement. The player movement in the game is extraordinary and players are able to run swiftly and on walls. The speed of the game makes sneaking fun and battling with foes easy when catching them off guard. The game awards players for using the game's natural environment to their advantage as players look to beat Titans through many different playing modes. The creative ways of moving swiftly throughout the map is one of the key features that makes this video game fun for its players.

At number 8, Borderlands 2 returns to its comedy-filled warzone with many new weapons and features that were not present in the original Borderlands. In this game, players play as a Vault Hunter who looks for an alien vault on a small planet that is barely colonized. Players can find hundreds of different types of guns and customize them based on certain abilities and attributes. In this game, there is a campaign mode and a multiplayer mode in a free roam map where players battle robots, mutants, raiders, and other players.

At number 9, Apex Legends is one of the most popular battle royale games currently on the market. Players describe Apex Legends as a battle royale game that is based on player movement, and moving swiftly is almost as important as aiming in this first person shooter video game. There are many different character operators that each have their own unique skill sets and power ups. The game is played best in squads of three, and based on each character's special abilities, there are many strategies of how to team off with different players to capitalize on different game strategies.

Last but not least, Counter Strike: Global Offensive is also one of the most popular first person shooter video games currently on the market. This video game is one of the most iconic games to ever be played and it is very popular online in the PC community. This game is very fast paced and many shooters love the aiming and movement of the players they are controlling. This game is one of the older games on the list but it is still very popular for online gaming.