How Does Scoring Work In Shooting? 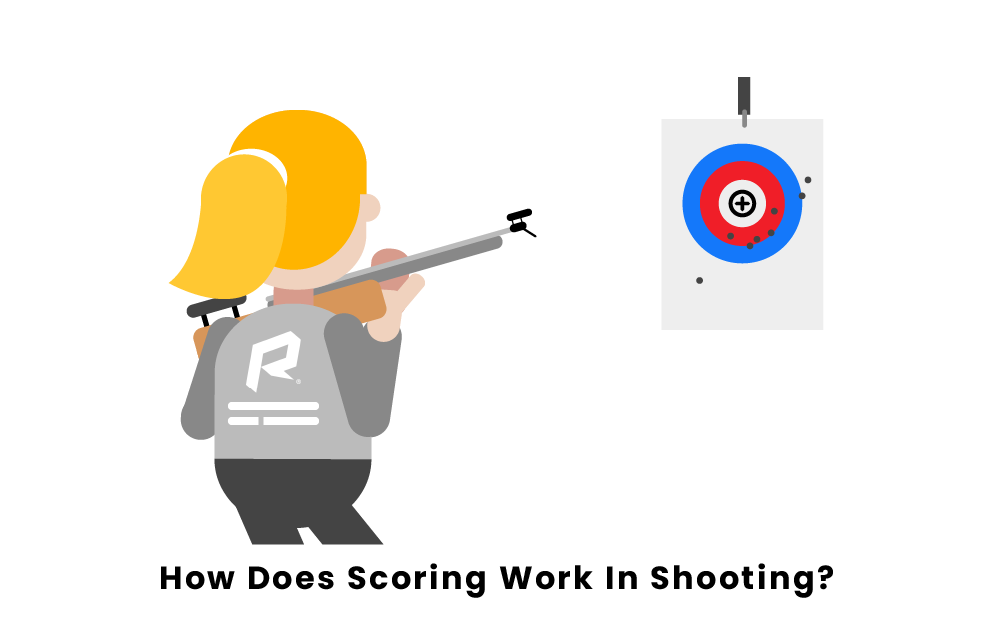 There are several different types of gun shooting events, all of which have a similar scoring methodology. From precision pistol shooting to high-powered rifle shooting, the same basic principle applies; the more accurate the player is with their shots, the more points the player will subsequently receive. The exact number of points awarded to the player may differ between different levels of play, but the most points will always be awarded for the bullseye, followed by decreasing increments for the outer rings.

Additionally, some events require shots to be fired at different lengths from the target (10m, 25m, 50m, etc.). In these cases, differing amounts of points can be rewarded for players who were more accurate from farther distances. For example, a center ring shot from 10m may be worth the same amount of points as an outer ring shot from 50m. Having said this, most events are deemed “stagnant,” meaning that all players will shoot from the same distance in each round. 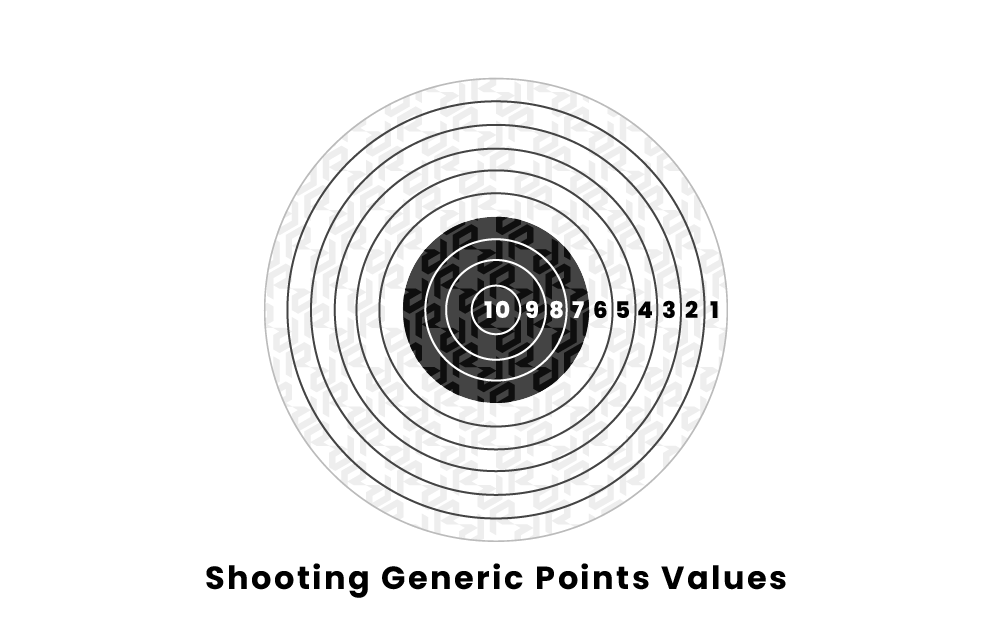 In general, stagnant shooting events are scored the same, with point values assigned by the ring a bullet enters through. The bullseye is worth ten points, the next ring is worth nine points, and so on. This means that each ring further toward the edge of the target is worth one less point.

Accuracy is essential in determining a player’s score in all shooting events. On account of this aspect of scoring, shooting federations utilize a ringed target board that awards different amounts of points, depending on where the shot blasted through the target. These rings act as levels of accuracy, allowing players to receive points even if they miss the bullseye.

Players are taught to aim for the center of the target (often marked with an “X”) and fire a predetermined amount of rounds/bullets to the target. For pistol shooting, the player usually has 5-10 total shots on a single target, while rifle shooting can grant the player up to 20 shots. After the player has fired their allotted amount of shots, the player must turn in their target to an official, who will then add up every shot and give the player a total score for the round. The score may be calculated as the player shoots in some professional events, but this is usually not the case. 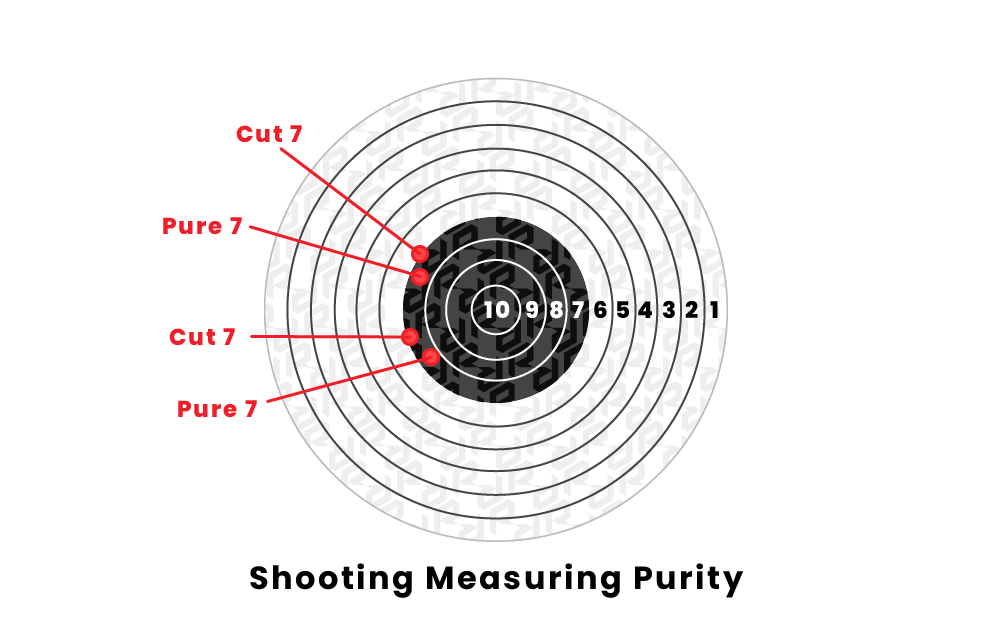 Pure Shot: A pure shot is a shot that hits the target completely inside a scoring ring. The value of that ring awards the shooter with a set amount of points.

Cut Shot: A cut shot is a shot that hits the target and crosses the line of a scoring ring. Even if only a small portion (as low as 1%) of the shot is touching the ring, it is still considered a cut shot. Cut shots count for the highest number ring they entered through.

For pure shots where players hit all of their shots clearly within a given scoring section, there is usually no need to take into account the purity of the shot, as it is apparent where each bullet entered the target. However, it is quite common for shots to pass through the target between two different target lines. Whenever this happens, the rules official must carefully inspect the shot/shots in question to determine its value. This type of careful evaluation is usually called measuring a shot's purity.

For large-scale events, determining the value of shots that are on the cusp of two different targets can be measured using an AI overlay of the target. This type of technology gives an unbiased estimate of exactly where the bullet entered the target, encouraging a more accurate scoring system.

What is a good score in target shooting?

The best score you can record on any given shot is a 10. This would mean your shot landed entirely within the centermost circle, the equivalent of a bullseye. That being said, a successful round of shooting will typically involve hitting shots inside the three innermost circles. Point values may differ based on the weapon being used and the competition, but the innermost circle is the ideal landing point for any shot taken in target shooting.

How do you calculate a shooting score?

To calculate your score after a round of shooting, you add up all the scores of each shot you took during the round. For example, say you had a 5-shot round in which you hit the innermost circle three times (10 points each) and the second closest ring twice (9 points each). Your score for the round would be 48, which is an extremely high score.

What is the score for hitting the center of the target?

Pages Related to How Does Scoring Work In Shooting?