How Do You Qualify For Shooting In The Olympics? 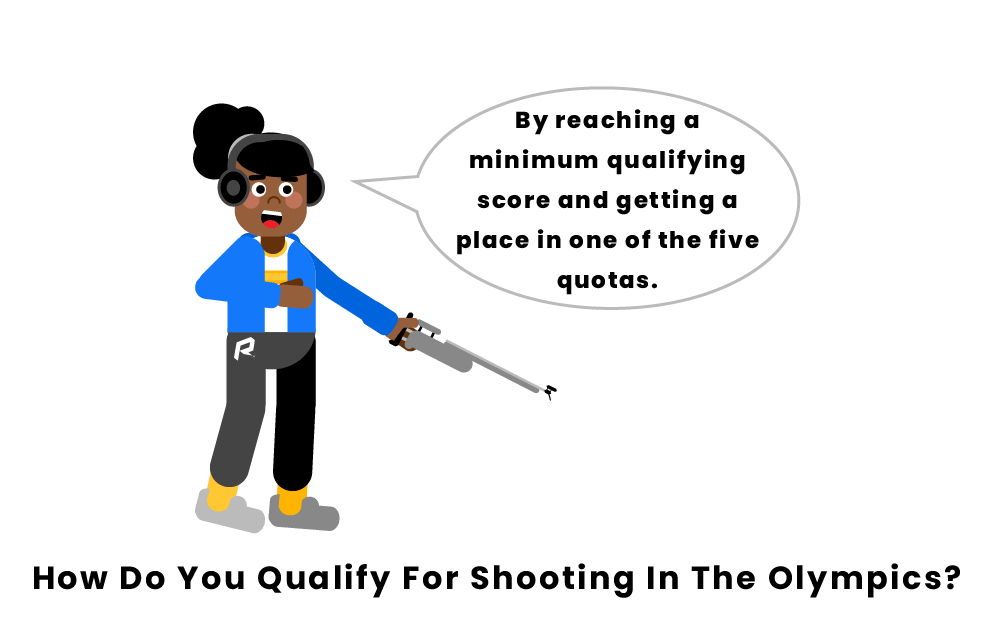 In the Olympics, athletes qualify for shooting events by reaching a minimum qualifying score and getting a place in one of five quotas.

Every sport in the Olympic Games has a different qualification system, as determined by the IOC and the sport's international governing body. With the Olympics being very prestigious, and with countless athletes wanting to participate, qualifying is not an easy task. With a total of 15 events in the Olympics, shooting has a total of 360 spots in the Olympics for which athletes attempt to secure. There can be only two athletes of the same nationality in each event, and one team per country. That way, the maximum number of athletes that any single country can have in a shooting competition is 30.

There are five different ways through which an athlete can qualify for the Olympics in shooting:

There is one more requirement to get a spot in one of the quotas mentioned above: the athlete must have scored a Minimum Score (MQS) in a predetermined period of time. The minimum score and the period of time are both determined by shooting's international governing body, the International Shooting Sport Federation (ISSF).

There are 300 spots in the individual quota. The ISSF determines certain events in which Olympic spots will be earned as an award for top-notch performance. Therefore, if an athlete achieves the MQS and wins a shooting World Cup in which a qualifying spot was designated, it will guarantee their place in the Olympics.

For the mixed teams event, the qualification works similarly to individual spots. However, there are fewer spots for teams, and thus all the qualification for the event is done through the sport's World Championship.

The country that is hosting the Olympics always has guaranteed spots in every sport. For shooting, the host country has six male and six female spots to distribute as it pleases.

The IOC reserves two invitations per individual event for the shooting events. The national commission submits requests for invitations, which are judged and later determined by the IOC.

After all the places in all quotas have been filled, the ISSF checks its world ranking for each event and selects the best ranked athletes who have not taken a spot in any of the quotas, given that their countries do not already have two athletes of their nationality in that event.

What Olympian has qualified for shooting in the most Olympic Games?

The Olympian who has earned the distinction of participating in the most shooting events in Olympic history is Afanasijs Kuzmins, who most recently represented Latvia in the 2016 Olympic Games. Kuzmins has appeared in every Summer Olympics since 1976, at one point representing the Soviet Union, with the exception of the 1984, 2012, and 2020 games, which means he has been a part of nine different Olympic Games. He has almost exclusively participated in the 25m rapid-fire pistol event, however he did once also compete in the 10 air pistol event in the 1996 Olympics. During this run of seemingly unwavering participation, Kuzmin has secured one gold medal in the 25m rapid-fire pistol event (1988) and one silver medal in the same event (1992).

What shooting events will be in the 2024 Olympics?

The 2024 Olympic Games will be held in Paris, France and will feature a total of 15 shooting events. These events are differentiated by the type of weapon they utilize, varying distances, and the groups that participate in each event. For rifle events, there will be a 10m air rifle event for men, women, and mixed teams, and a 50m rifle 3 position event for men and women. For pistol events, the 2024 Olympics will feature a 10m air pistol contest for men, women, and mixed teams, as well as a men’s 25m rapid fire pistol and a women’s 25m pistol event. The shotgun events will include men’s and women’s trap events along with men’s, women’s, and mixed team skeet events.

Which country has the most Olympic shooting medals?

Pages Related to How Do You Qualify For Shooting In The Olympics?