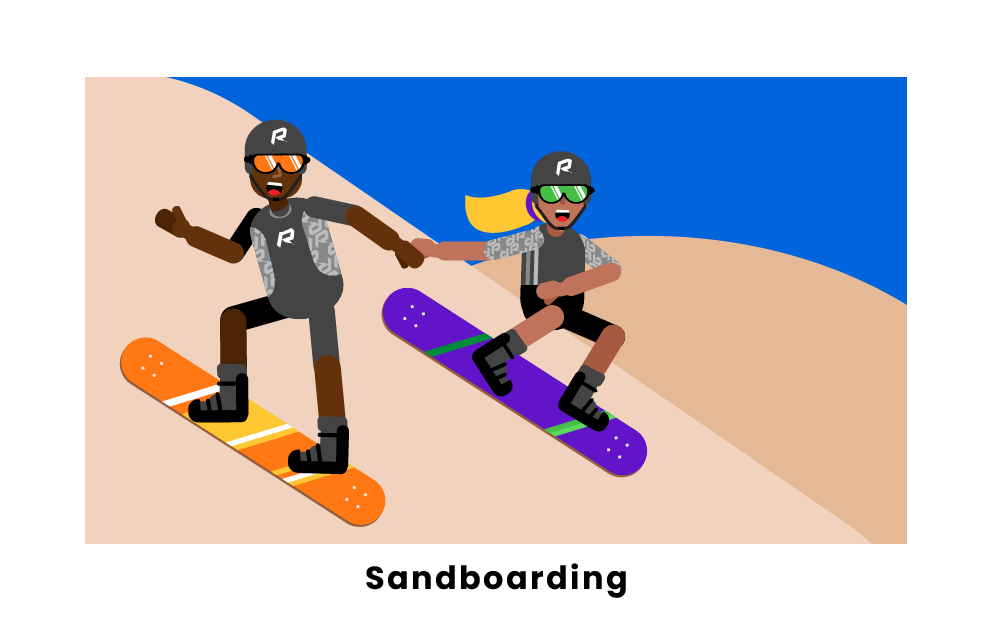 Sand surfing, or sandboarding, is just like snowboarding or surfing, except on sand. The first version of sand surfing is rumored to have been invented long ago in Ancient Egypt, but Brazil created the modern version of the sport during the 20th century. Like snowboarding and skiing, you can sandboard and sand ski on sandy dunes around the world. In 2000, the first-ever sandboarding facility was opened in Florence, Oregon. The facility is called The Sand Master Park. The Sandboard World Cup started in 2017 and takes place every two years in Ica, Peru. The 2019 Sandboard World Cup champions were Vitor Semedu, Daniel Vonach, and Luca Flackenecker. This competition has over 60 athletes from more than ten different countries.

What is sand surfing?

Sand surfing is very similar to other boarding sports. Sand surfing involves riding down a sand dune on a board that is similar to a wakeboard, snowboard, or surfboard. The hills are much smaller than the mountains people snowboard on, so the runs don’t last nearly as long. People can also lay on the board as they go down the dunes. Sand surfing must be done in sandy, hilly areas, and those places are usually pretty hot. For this reason, the best time to go sand surfing is when the sun is setting.

What equipment do you need to go sand surfing?

The equipment for sand surfing is pretty basic. Besides the specific board needed, athletes usually have gloves, goggles, knee and elbow pads, and a helmet. These pieces of equipment are worn to avoid getting hurt if a sand surfer were to fall,  which can often result in sand burn. Sandboards can vary in length, width, and style, depending on the athlete’s personal preferences. Some boards are very basic, while others are more curved for carving in the sand when riding. Most high-quality sandboards cost between $200 and $300.

What are the biggest sand surfing competitions?

Sand Master Jam is an annual sandboarding competition that takes place in Florence, Oregon, in Sand Master Park. Dune heights reach up to 300 feet at this commercialized park for sand surfing. The Sandboarding World Cup traditionally takes place in Huacachina, Peru, and is one of the largest sandboarding events hosted by InterSands; however, other countries have shown a desire to host the event in the future. The Pan-American Sandboarding Challenge, a competition that is primarily centered around jumps and tricks, takes place every July at Prainha Beach in Brazil. The Sand Sports Super Show is an event for all types of sand sports, including sand skiing and sand sailing.