What are the rules of sailing? 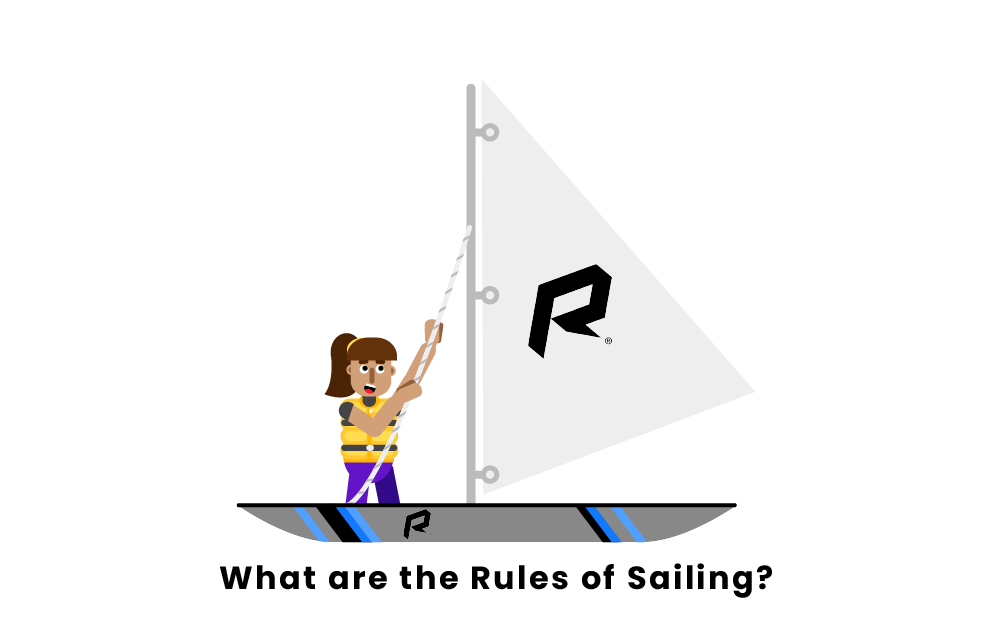 Sailing is a water sport where athletes have to execute techniques in response to natural elements. Sailing events are structured in a race format where contestants compete against each other for the top position. There are a variety of different sailing events offered at the Olympics open to both men and women.

In all sailing events, athletes race in a triangle shaped course that features all types of wind patterns and tight turns. The start/finish line is marked by an invisible line between a buoy and a race committee boat. Each turn is signified by a buoy known as a marker. The number of laps is determined by the specific race and the type of boat.

Since sailing takes place in open water, natural elements play a major factor in determining the outcome of a race. The tides and height of the waves dramatically affect the way a boat glides across the surface of the water. There are different strategies sailors must adapt depending on the currents of the water.

The direction and strength of the wind is the most important climatic element sailors need to pay attention to while competing. Since wind propels the boat forward, it is essential for athletes to position themselves and their boat in ways to capture the wind’s power. Wind direction and strength and change instantly during a race. Due to weather uncertainties, sailors must be willing to quickly change their gameplans in the midst of a race.

As sailboats maneuver their way across the course, there are specific rules each sailor must follow that ensure safety. Boats sailing upwind utilize a zig zag pattern in order to harness the power of the wind to move the boat forward. This strategy, known as tacking, can easily cause collisions as boats abruptly change directions. When a boat is attempting to overtake a competitor, the leeward boat, the boat further downwind, has to right of way. All boats that are windward or upwind must steer clear of any boat that is downwind.

In addition, if two boats are traveling in a line, the boat in front has the right of way. All trailing boats must respect the movements and respond to the decisions made by the boats in front. However, once a behind boat begins to overtake the boat in front, the windward/leeward rule comes into effect to determine which boat has the right of way.

There is an imaginary two length zone that surrounds any of the turning markers on a sailing course. This two length zone is designed to promote fair competition and limit collisions. When two parallel boats approach a turning buoy, the outermost boat must give two lengths of space to the inside boat. This rule prevents the outerboat from cutting the innerboat off from making the turn.

Collisions should be avoided at all costs, as penalties for such infractions can be very detrimental to a team’s performance. If a sailor hits a turning marker, the sailor must take a penalty by completing one complete 360 degree turn off to the side of the track before continuing. The sailor must not interfere with other competitors while taking a penalty or the infraction will increase.

Collisions with another boat result in sailors having to conduct two full 360 degree turns before resuming the race. Even though penalties set a boat back, it does not mean the team will therefore lose the event.

In the Summer Olympic Games, all sailing events use the same scoring system to determine the medal winners. Depending on the type of boat, the competition consists of either 10 races plus the medal race, or 12 races plus the medal race. The first 10 or 12 races are called the opening series. Scoring is based on a lowest point scale. This means whichever place a boat finishes in a race is the amount of points they earn for that race. For example, the winner gets 1 point and second place gets 2 points.

The total points earned from each race are added together to form a cumulative score at the end of the open series. After the 10 or 12 races, the worst score earned by each team is dropped to form their final open series score. The top 10 teams with the lowest score from the open series then move on to the medal race.

In the medal race, all point values are doubled. The score from the medal race is then added on to the team's open series score. The lowest overall score is then deemed the gold medal winner.

What does tacking mean?

Tacking is a zig zag pattern that sailors use to sail upwind. Since the boat is powered by wind currents, the boat cannot sail straight ahead into the wind. A boat must travel at a 30-45 degree angle when sailing in the direction of oncoming wind. Sailors must continually keep turning their boat so that the wind propels the boat forward from both the starboard (right) and port (left) side of the boat.

What is a sailor’s uniform?

Sailors wear skin tight wetsuits that keep athletes warm and reduce drag. Sailors are trying to maximize their speed during competitions. The sailing uniform is sleek and tight in order to not interfere with performance. Athletes will also wear bibs depicting their team or country depending on the event. In addition, athletes may wear a hat or sunglasses to protect their eyesight from the glare of the sun.

How does the starting line work in sailing?

Since boats are continually affected by wind patterns, sailors are unable to hold steady on the starting line. Therefore, no set positions are predetermined before the race begins. Instead, there is a five minute timer that provides an ample amount of time for sailors to position themselves for the start of the race. The race committee boat will blow a horn when: the timer starts, there is one minute remaining before the race, and finally when the race begins.

What type of boats are used in competition?

Pages Related to What are the rules of sailing?