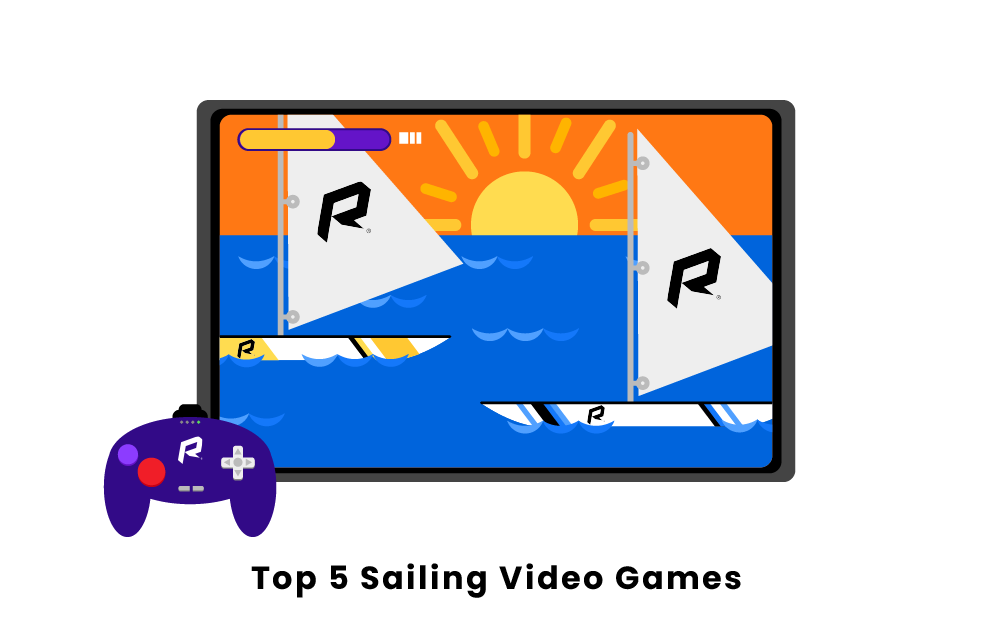 What are the most popular sailing video games?

First on our list of sailing video games is Sailaway: The Sailing Simulator. This game delivers an immersive experience for those that are passionate about sailing. It was launched in 2017 to be played on computers online. Users can download the game on Steam.

The video game has great graphics that really make the player feel as if they are sailing around the world. The game also includes information for sailors interested in learning how sailing works from a scientific perspective. Overall, the game is perfect for anyone who loves sailing but can't get out on the water.

Coming in second is another computer game with a realistic portrayal of real sailing. Sail Simulator 5 was released in 2012 for the PC. It's another simulation game that is perfect for true sailors who want to bring the joy of sailing inside their home.

Another great option for skippers to compete against other skippers of the sailing community is with Virtual Regatta Offshore. This game is an app that is available for both Android and iPhone users.

In Virtual Regatta, players can compete in famous races around the world such as the Volvo Ocean Race and the Clipper RTW. In these races, users can compete against other sailing fans in real time. Skippers must use the real weather forecasts to adjust their sails. Players can also make some in app purchases or pay for a VIP membership for bonus features.

While the other games are really targeted towards people with a sailing history or passion, Sea of Thieves is meant for a more broad audience. Sea of Thieves was launched in late 2016 for the Xbox One and Microsoft Windows.

In this video game, the characters are a little more unique. Users act as pirates sailing around the globe in this game. Gamers can either play alone or in a multiplayer version where they sail with a crew. The game is lots of fun since users get to control the sailing adventures and choose how to react when coming across other ships.

Last on our list of sailing video games is another one meant for a broader audience. This game was released in 2013 for the PlayStation 4, Xbox One, Xbox 360, Wii U, and Microsoft Windows.

Assassin's Creed 4 is another pirate game but this one has a little more structure to it. Users play as the captain Edward Kenway in the 18th century. Users get to sail to 50 different locations to do anything from searching for treasure to hunting animals. It's a really enjoyable game for both sailors and those interested in the Golden Age of pirates.

Who Has The Right Of Way When Sailing?SailingTop 10 Sailing Brands
History Of SailingSailing Equipment ListSailing Basics
PreviousNext