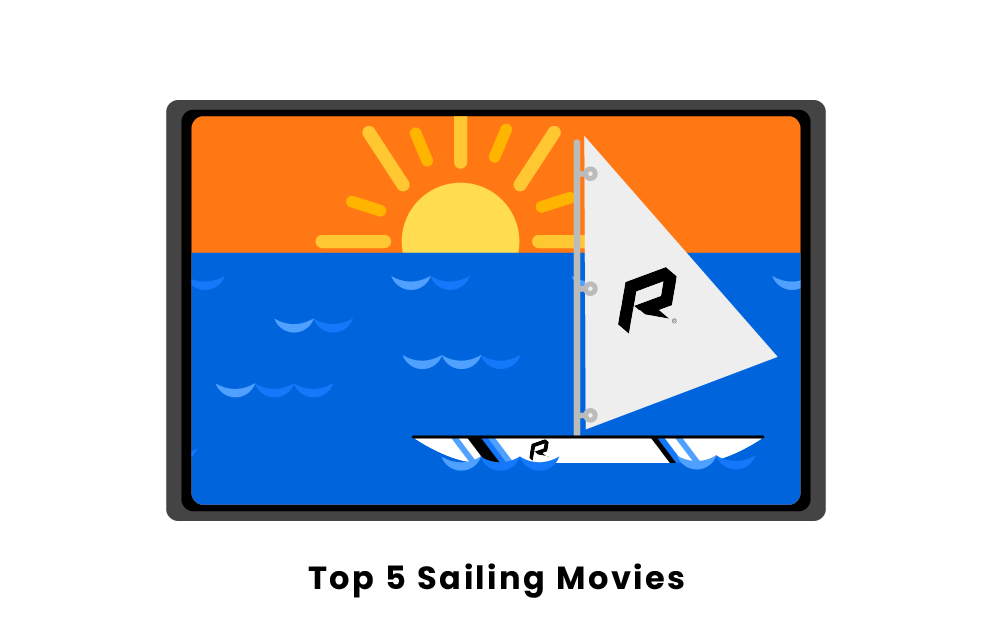 What are the most popular sailing movies?

1. Master and Commander: The Far Side of the World

Master and Commander: The Far Side of the World is a timeless sailing film that was released in 2003. This film is set during April of 1805 while the Napoleonic Wars are ongoing. A British frigate, or warship, is under the command of Captain “Lucky” Jack Aubrey. They are under orders to track and either capture or eliminate a French ship named Acheron. Aubrey understands the disadvantages of competing with the Acheron as it is bigger and faster than his ship, the Surprise. The Surprise’s doctor and most trusted advisor, Stephen Maturin, is happy with the decision to pursue the vessel, even though it is more equipped than their own. Aubrey uses ideas from Maturin to ultimately devise a way to take down the Acheron and achieve their goals.

Through the film, the audience is exposed to the story of an arrogant captain that will stop at nothing to reach his goals, and the story of men who struggle to make it out alive. This is a great choice for those looking for an action-packed experience.

All is Lost is a film that tells the story of an unnamed man who is sailing alone in the Indian Ocean. He wakes up one day to find that a shipping container floating adrift rammed into his boat, making an extremely large hole that allowed water to flow into the boat. Even though he manages to fix the hole, the boat’s electrical and communications systems are no longer intact. He is stuck in a complicated situation as he is not sure of his precise location and cannot contact anyone. After a storm hits, he loses the ability to control his vessel and has to drift. He is hopeful that he will make contact with another ship as his rations lessen and he grows weaker.

This is a very powerful story that is both inspirational and emotional. The audience is taken on a journey as the main character struggles in the battle of his life. This is a great movie if you are looking for an intriguing adventure film.

Deep Water is an action packed adventure film that was released in 2006. The film, based on a true story, is centered around the first solo, continuous, round the world boat race. The film focuses on the psychological effects that this kind of race has on its competitors after spending a large amount of time in rough waters by oneself. This event attracted 9 sailors that wanted to win the race, including an amateur sailor named Donald Crowhurst who set out to travel around the world in 1968. The film takes us on Crowhurst’s journey and we see him unravel as he faces the horrors of isolation for 9 months and intense battles with the sea.

This film takes us on an incredible journey into a man’s personal struggles with inner demons. We see how the lack of communication with others can tear apart one's psychological well-being. This is a powerful film and a must watch for sailing enthusiasts.

Kon-Tiki is a classic sailing film released in 1950. “Kon-Tiki” is the name of a wooden raft used by a group of 6 Scandinavian scientists to take a 101 day journey across the sea. Led by a man named Thor Heyerdahl, these men were traveling from South America to the Polynesian Islands. The purpose of this trip was so the group could prove Thor’s theory that the Polynesian Islands were home to people that originated from Peru rather than Asia. The population being from the West rather than the East was a well-known theory for hundreds of years. Thor was able to set out on this journey because of his in depth study of the winds and the tides in the Pacific ocean. He had also tested himself in more extreme weather conditions that closely resembled previously documented experiences of travel in these areas. This is a must-see for real sailing fans.

Wind is a sailing film that was released in 1992. The film is centered around the world of competitive yacht racing. The plot follows the story of a young sailor that is set on winning the America’s Cup, an elite yacht race, as well as rekindling a relationship with his ex-girlfriend. At the start of the film, the young sailor initially chose to enter into this race, while leaving his girlfriend behind and ruining his relationship. After she leaves, his team ends us losing the yacht race and he is completely devastated. Upon returning, the sailor tracks his ex-girlfriend down to find that she has a new boyfriend who is an engineer. He convinces her and her new boyfriend to help him build a brand new yacht to race in the next America’s Cup. He also tries to win back his girl. This is a quality film to watch if you are looking for a combination of good sailing and romance.