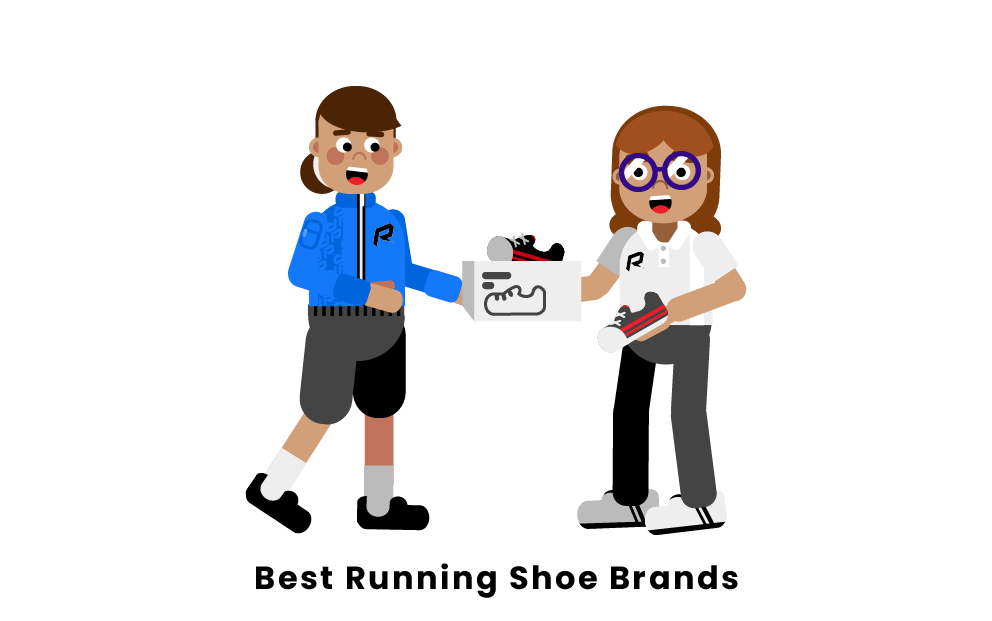 Running shoes, also known as sneakers or trainers, have transformed from specialized athletic gear into a universal element of sporting and casual attire around the world. Today’s top running shoes feature advanced materials and ergonomics, and are designed by research teams in collaboration with elite athletes. Here is a list of the top running shoe brands, with information about their companies and sponsored athletes.

What are the most popular running shoe brands?

Nike is the largest sportswear brand in the world. Based in Beaverton, Oregon. In 1971 the company started making their own athletic footwear under the Nike name, producing the Cortez as their first running shoe. Today Nike is an iconic brand, with operations, and a prominent place in culture, around the world.

Asics is a Japanese multinational sports equipment brand based in Kobe. The company has become known for its running shoes, which are consistently ranked as top performers by reviewers. Asics is extremely popular with runners thanks to their shoes’ features and stylish designs. Runners love the advanced “Gel” cushioning technology, as well as the scientifically developed support mechanisms in the soles. Popular modes of Asics running shoes include Kayano, Metaspeed, Metaride, Dynablast, Novablast, and Glideride.

New Balance is an American sportswear brand based in Boston, Massachusetts. The company was founded in 1906; and today they sell a full range of footwear for running, tennis, cross-training, hiking, walking, and team sports, as well as lifestyle and performance clothing. Their shoes are extremely popular with runners, and are often recommended by health professionals, thanks to their exceptional support and durability. All New Balance running shoes feature tough yet cushioning “Fresh Foam” soles, sweat-free interiors thanks to hypo-knit uppers, and solid heel cups that hold feet in place while providing ankle support.

Adidas is the largest sportswear brand in Europe and the second-largest in the world, only behind Nike. The brand has made running shoes since its founding in 1949.  Now Adidas also sells all types of athletic and lifestyle footwear, as well as clothing, accessories, sports equipment, watches, mobile fitness devices, eyewear, and toiletry products. The brand is popular with runners because of technologically advanced features such as 3-D printed soles, a precision instep curve, and Primeknit+ uppers. Adidas is also known for their excellent customer service

Brooks is an American sports equipment brand known for making runner-focused gear. Based in Seattle, Washington, the company has been making shoes exclusively for running since the 1970s. In addition to running shoes, Brooks also sells running clothing and accessories, notably a line of ergonomic running bras. Brooks consistently ranks top in reviews, thanks to industry leading technology such as “3-D Fit Print,” ideal pressure zones, and outsoles featuring “Guide Rails,” “DNA Midsoles,” and a “Segmented Crash Pad” for extra support.Some of the most popular Brooks running shoes include Launch, Ghost, Levitate, Adrenaline, Glycerin, and Hyperion.

Puma is a German sports lifestyle company that is the third-largest sportswear brand in the world. Founded in 1948, Puma has been making cutting-edge running shoes ever since. Runners especially love Pumas because of their neutral-to-high arch support and extremely comfortable soles featuring “ignite foam,” foam beads, and cell cushioning technology. The uppers are supremely breathable thanks to “Evoknit” construction. Popular Puma running shoes are Deviate, Voyage, Magnify, Electrify, and Liberate.