Where Is Rugby Most Popular? 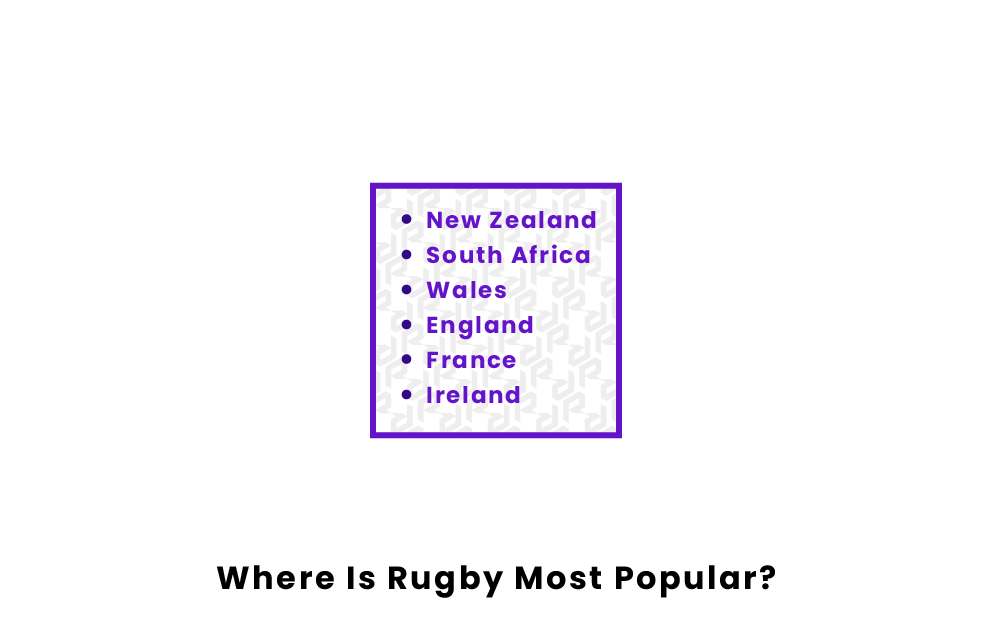 Rugby, also known as rugby union, is among the most popular sports in the world and is played on every continent. There are over 2.3 million registered rugby players worldwide and more than 100 member nations. While rugby is popular in many different countries, a few countries where it is most popular include New Zealand, South Africa, and Wales.

Rugby is most popular in New Zealand, as it is the country’s national sport and plays a significant role in its culture. New Zealand has over 150,000 registered rugby players despite its rather small population. The country’s national team, known as the All Blacks, is one of the best in the world with a 77% win rate. The team has accumulated a record three World Cup victories over the years, only rivaled by South Africa who also has three World Cup trophies. Besides being popular to play, rugby is also the most viewed sport in New Zealand, with millions of fans tuning in to watch each year.

South Africa also boasts a strong love for rugby. The country has over 450,000 registered rugby players, trailing only France, which has over 540,000 registered players. Rugby has played a central role in the history and culture of South Africa. Only a year after the start of democracy in the country, Francois Pienaar of the South African national team had the opportunity to hoist the 1995 World Cup trophy alongside Nelson Mandela. Mandela had recently achieved his freedom and this historical moment represented a new chapter for South Africa. The national rugby team, known as the Springboks, is among the most elite there is. The Springboks have won a total of three World Cup championships.

Wales is another country that proudly declares rugby as its national sport. Dating back to 1881, rugby has become an integral part of Welsh culture, with over 300 rugby clubs being established since then. Although Wales had an impressive national team in the 1970s, the World Cup had yet to be introduced, so the team did not have the opportunity to bring home the title. Despite not winning a World Cup, the national team made it to the semi-finals round in both 2011 and 2019 and has experienced much recent success in the Six Nations tournament. Rugby continues to gain popularity in Wales largely due to its prominence throughout the Welsh schooling system.

England is the birthplace of rugby, first created by William Webb Ellis in 1823. Since then, the sport has developed a rich history in the country. The first international rugby competition was played in 1871 between England and Scotland. The English national team has been competitive over the years, earning a spot in every World Cup tournament. The team won its first and only World Cup title in 2003. England is also home to Twickenham, the world’s largest rugby arena, which can hold up to 80,000 fans. The country’s love for the game begins at an early age, as it boasts the largest number of under-13 and under-18 competitors for both males and females.

France has the most registered rugby players in the world with over 540,000 registered players. Despite the immense number of players, the French national team has yet to win the Rugby World Cup. The team has appeared in the finals on three separate occasions but fell short each time. Even though they have never won the World Cup, the French national team consistently ranks high in the world rugby rankings. France is also known for its domestic club rugby teams. Due to strong financial support, French club rugby has grown immensely over the years, persuading many of the top players in the world to compete in France.

Ireland has recently established itself as one of the top rugby countries in the world. The country’s national team, consisting of players from both the Republic of Ireland and Northern Ireland, was ranked the top team worldwide in 2019. The team competes in both the Rugby World Cup and Six Nations where it has proven to be a strong competitor.

Pages Related to Where Is Rugby Most Popular?