What Are The Rules For Scoring Points In Rugby? 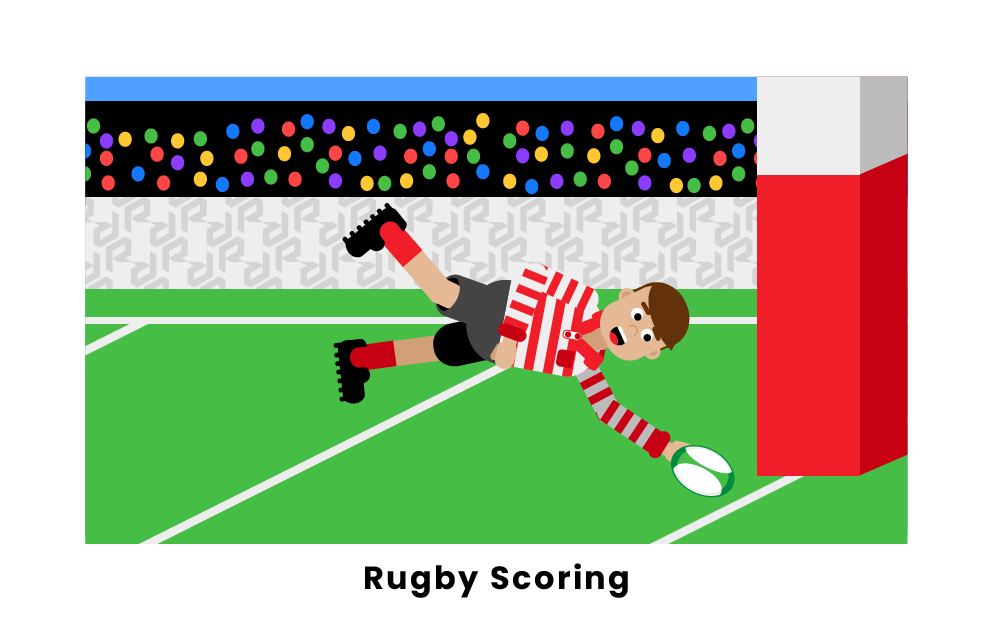 Where Scoring Happens In Rugby

All scoring in rugby happens at the opposite ends of the field, at either the goal line or the goal posts.

A try is scored in between the opposing team’s goal line and the end of the field. Since a try is worth the most points, the team on offense will always be attempting to cross the goal line, and the team on defense will work hard to keep them out. This scoring area is similar to the “end zone” in American football.

Types of Scoring In Rugby

There are four ways to score points in rugby. Even though they are worth different numbers of points in different competitions (rugby union or rugby league), they are still attained the same way. They are:

A try counts for four points in rugby league and five points in both rugby union and rugby sevens. Tries are scored when a player touches the ball to the ground across the opposing team’s goal line.

Goal kicks are worth two points in rugby union, rugby sevens, and rugby league. It is a drop kick that must go through the goalposts. Once a try is scored, the scoring team will have a chance to add more points through a conversion, known as a goal kick. (This is similar to an extra point in American football.) This is the only time a goal kick can occur in rugby.

Drop goals are worth one point in rugby league and three points in both rugby union and rugby sevens. They are usually attempted when the offense is getting tired and will not be able to score a try. (These are similar to field goals in American football.)

Drop goals are drop kicks that occur during the run of play. They must go between the uprights of the goal posts.

A penalty kick is worth two points in rugby league and three points in both rugby union and rugby sevens. When one team commits a penalty, the other team has a choice of restarting play where the penalty occurred (like a foul in soccer) or attempting a penalty kick.

Penalty kicks are scored by kicking the ball through the goalposts from the spot on the field where the penalty occurred. The kicker can use a place kick, drop kick, or punt the ball to do this.

How do you score in rugby?

How many points is a try in rugby?

How many points is a drop goal in rugby?

Pages Related to What Are The Rules For Scoring Points In Rugby?