What Are The Parts Of A Rugby Field?

How do those who watch and play the game of rugby view different parts of the playing field? What are the main areas of the rugby field? How are they different from one another? Why are they important? Get ready to learn about the components of a rugby field.

The in-goal area is one of the most important parts of the rugby field. The goal of each team is to score touches in the in-goal zone, and all basic strategy of the game revolves around this concept. The team controlling will battle to get closer to in-goal, while the defending team will attempt to stop them.

The in-goal areas include the width of the goal lines, but not any of the other bordering lines. This means that a touch can be scored on the goal line, but not while touching any other lines adjacent to the in-goal zone.

If a drop kick takes place from the 22, it must cross the 22-meter line to be in play. If a player kicks for touch from within their own 22, the opposing team will receive a lineout where the ball crossed the touch line. This is different than a kick for touch from outside the 22, which must bounce within the field of play before designating the lineout position, otherwise, the opposing team gets a restart from where the ball was kicked.

The scrum zone refers to the largest area formed by the dashed lines on a rugby field. It is called the scrum zone because all scrums must be contained within this zone. If scrums were supposedly initiated outside the scrum zone, there would not be adequate space for the width of the scrum.

Each rugby field has two goal posts situated on the midpoints of both goal lines. Each goal post must be 5.6 meters wide and at least 3.4 meters tall. The crossbar is three meters off the ground. Goal posts often include padding on the bottoms for added player safety. 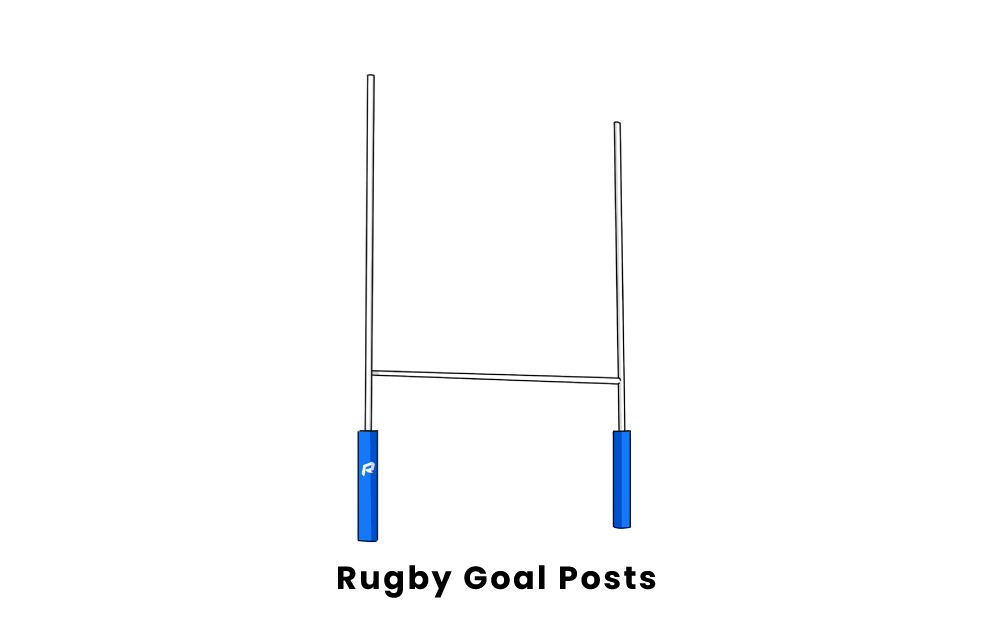 There are a total of 14 flags along the outside of the playing area. They are placed on each intersection of the touch lines and the dead-ball, goal, 22-meter, and center lines. These flags mark each zone so that players can better understand their position on the field.

Pages Related to What Are The Parts Of A Rugby Field?