What Are The Differences Between Rugby Union And Sevens? 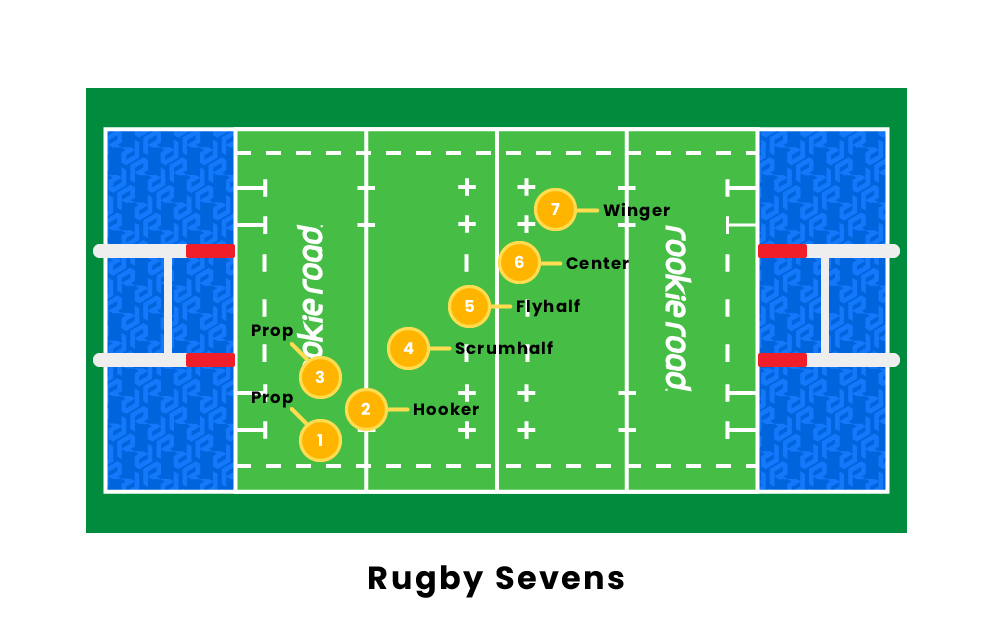 Rugby sevens is a variation of rugby that has become popular worldwide, mainly due to its inclusion at the 2016 Olympic Games in Rio.

There are only seven players on each team, instead of 15 players like in rugby union. The objective of the game is still to score more points than the opposing team.

The game is still played on a full-size rugby union field. Scoring is also the same as rugby union. There are four main ways to score: a try, a conversion, a penalty kick and a drop goal. 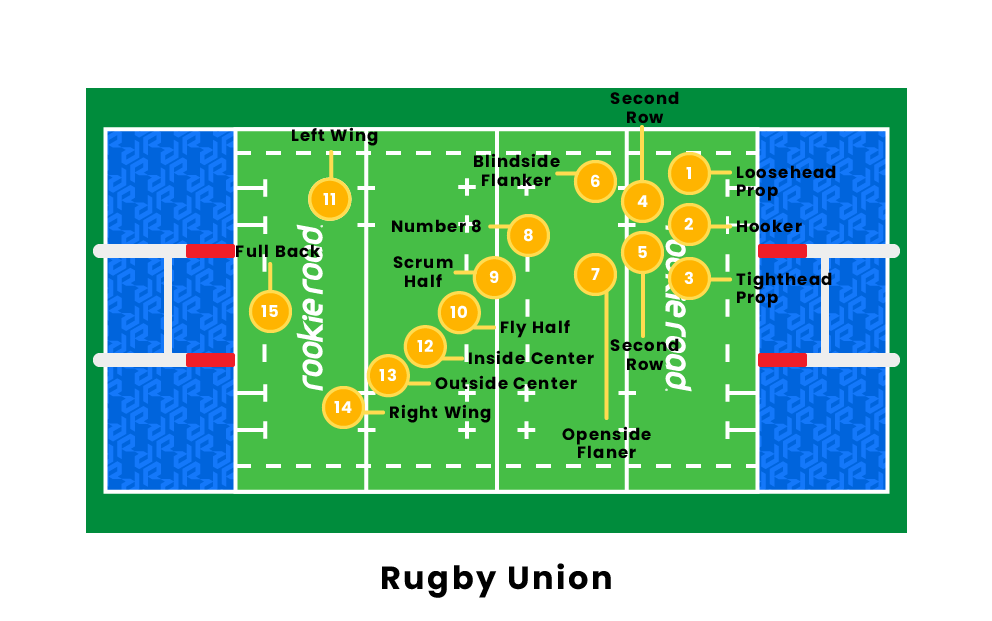 Rugby union is the most popular version of rugby worldwide. There are 15 players on the field for each team and the objective of the game is to score more points than your opponent.

Scoring happens in the same four main ways: a try, a conversion, a penalty kick or a drop goal. There are however some differences in the way the game is played.

In both sports, moving the ball up and down the field is done in three main ways: running with the ball, kicking the ball or passing. Like in rugby union, the ball can only be passed backward or sideways in sevens.

When a player is tackled in rugby union, a ruck will form if the player goes to the ground or a maul will form if the ball carrier doesn’t go to the ground. In sevens, a rolling maul is not allowed so it is not part of the game. Rucks happen a lot more quickly in sevens too. The ball still has to be released immediately by the tackled player. However, due to fewer players being on the field, there is less of a chance of a multi-person ruck happening like in rugby union.

Tactically, the games are slightly different as well. In union, because of the number of players, there is less space to run with the ball. There is also less specialization by position. For example, there are few players who play sevens that are the size of forwards in rugby union. This is because players need to cover more ground and have a more versatile skill set in sevens as there is more open space on the field. Further, scrums only feature three players in sevens as opposed to the traditional eight players in rugby union.

As mentioned above, most of the major rules in the two versions of rugby are similar. There is no forward passing, common penalties such as knock-ons are still called and there are still similar definitions of dangerous tackling and play.

The other major rule difference is an off-field one. Rugby union matches at all levels are usually only played once a week. This can sometimes differ for professional club teams who play tournaments, as well as their domestic league. In rugby sevens, tournaments will usually be played over a single weekend meaning as many as six games can be played by one team over two days. 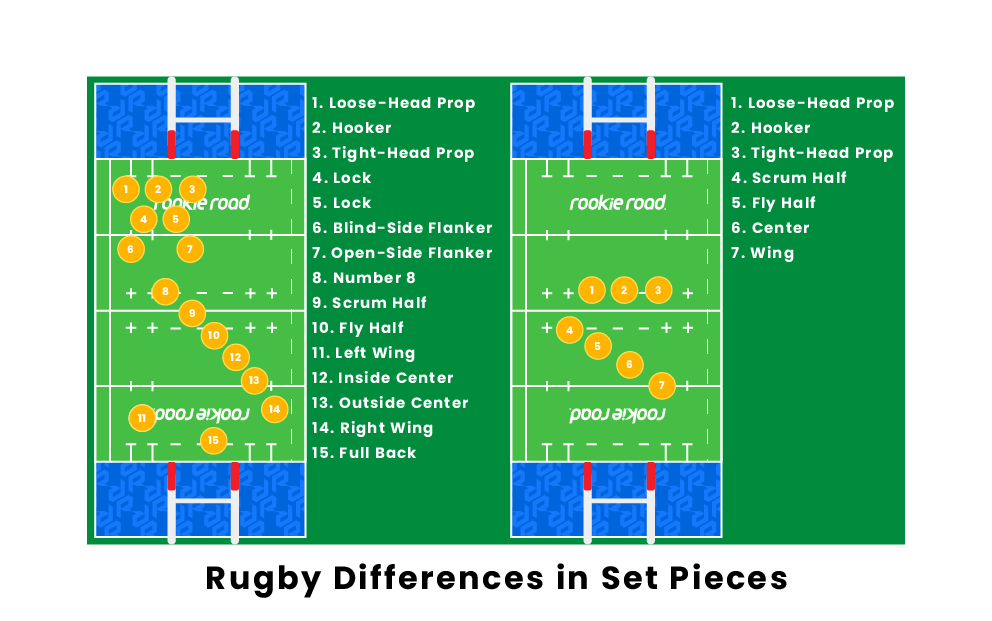 While rugby sevens matches have similar rules in a broad sense, there are some notable differences during penalties and set pieces.

In rugby union, conversions and penalty kicks are taken as place kicks. However, in sevens, these kicks become drop goals. The same rules still apply when deciding where these kicks will be taken from but the method of taking is the part that changes.

The other major difference in restarts and set plays are in the scrum. In rugby union, all eight forwards are involved in any scrum that takes place. Sevens has three-person scrums when that method of restart is applicable. This means sevens moves more quickly as there are less large stoppages during scrums compared to scrums that take place in rugby union.

What is the biggest international rugby union competition in the world?

The biggest rugby union competition in the world is the Six Nations Championship. In fact, Six Nations is the biggest rugby competition in the world across both styles of the sport. This tournament is a staple of rugby union, and helps establish bragging rights between six different European National Teams. The tournament always features the same six teams: England, Ireland, Wales, Scotland, France, and Italy.

Why are rugby sevens players not as big as rugby union players?

While this isn’t always the case, there are two main reasons why rugby sevens often lacks the hulking forwards found in rugby union. First off, scrums are far smaller in rugby sevens than in rugby union. Rugby union scrums feature 15 forwards, working together to push forward against the opposition. Meanwhile, rugby sevens scrums feature a mere three players in each scrum. Further, rugby sevens is played on the same size field as rugby union despite featuring half the players. This means there are far more running lanes for players with the ball, so players need to be fast on the defensive end to fill these gaps and also fleet of foot on the offensive end to capitalize on these scoring opportunities.

Which form of rugby was invented first, rugby union or rugby sevens?

The first of these two disciplines of rugby to grace the pitch was rugby union, however sevens was not far behind. According to historical accounts, rugby union (otherwise known as 15’s) rules were first written in 1845. Meanwhile, rugby sevens came to exist in 1883.

Pages Related to What Are The Differences Between Rugby Union And Sevens?