What Are The Best Seats At A Rugby Game? 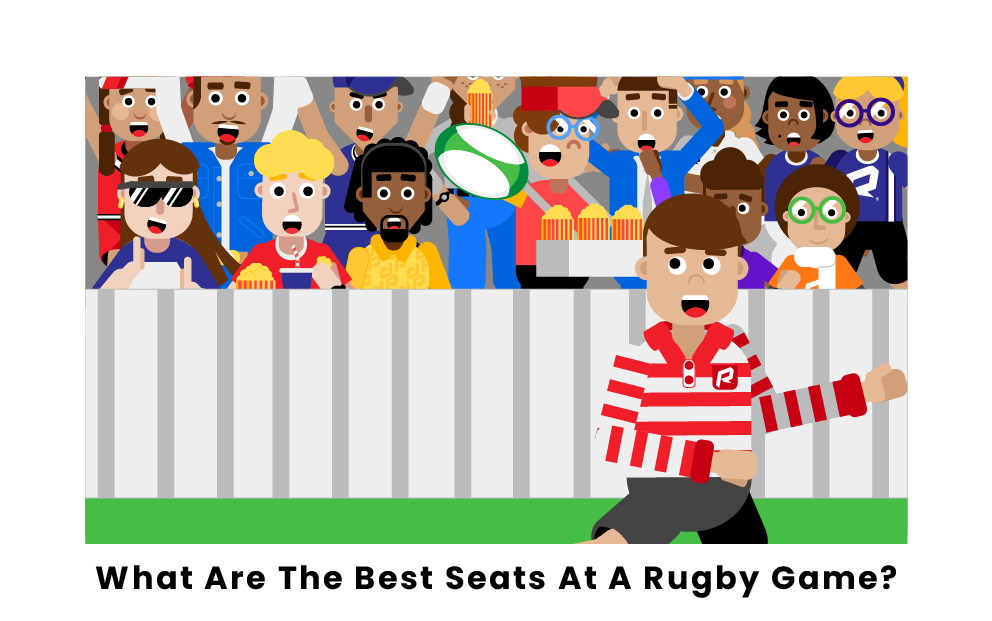 Rugby games are known for their excellent fan experience. Like an American football game, the placement of a seat relative to the field can shape the way fans take in the game. The atmosphere of a match or tournament will also change based on where in the world you are watching.

For the purpose of this article, let’s use the confines of England’s Twickenham Stadium as an example. There are many great stadiums around the world for rugby, but Twickenham Stadium is one of the finest. The British national team’s home has 82,000 seats and is the second-largest stadium in the United Kingdom. Some other well-known stadiums around the world include but are not limited to Ellis Park Stadium in Johannesburg, South Africa; Stadium Australia in Sydney, Australia; and Stade de France in Saint-Denis, France. All of the stadiums mentioned above have previously hosted a Rugby World Cup Final.

The east and west wings of Twickenham Stadium run along the sidelines of the field. To easily see the entire game, sitting on the sidelines is the most ideal. The closer to the 50-meter line you are, the better you will be able to see all of the game action. Lower tier seats will also push you closer to the action. For the purpose of pricing, it is worth noting that seats in a row closer to the field will be more expensive. This is also true for the closer your seats are to the 50-meter line. The average price point for seats in these sections is around £250, or just under $330. For Twickenham Stadium, the lower bowl seats are placed in the first 20 rows of the stands. Oftentimes, these are the seats that are quickest to sell for big matches.

The north and south end seats at Twickenham Stadium, or any other stadium, are a nice way to save money if you don’t want to spend big on sideline seats. These seats can cost closer to £150, or just under $200. Although the north and south seats can be difficult to watch from when the game moves down to the other end of the stadium, they do give an excellent view of one of the goalposts and try zones. One thing you can see better from the north and south views is the kicking game. This is especially true when teams elect to go for goal or attempt a drop goal. It can be difficult to see whether a kick is good or not from the sidelines, but from the try zone, it is easy to see the horizontal movement of the ball relative to the goalposts.

If you aren’t worried about how much money you spend and instead are looking for the best possible experience, the stadium you want to go to is likely to have some form of box, club, or luxury suites. Generally, this seating area allows for a group of people you are watching the game with to enjoy the game separate from other fans and in a stylish surrounding. Some of the nicest box or club suites can resemble luxury apartments. Often food and drinks are served to patrons in these seating areas, as opposed to only being available at concession stands. However, prices for these seats can vary greatly. Some of the more affordable box seats may be available for £500 or just under $660. It is worth noting that, depending on what you are looking for from your private suite experience, this price can get higher. Oftentimes, these seats allow fans to design their own game experience.

One fan experience that can be extremely rewarding is the annual World Rugby Sevens Series. Generally taking place from late November to early May, the World Rugby Sevens Series is a multi-tournament competition that travels the world. Usually, the tournament eventually comes to the United States for the weekend at some point. The cities that have hosted in the USA include Las Vegas and Los Angeles. Seating at these events is similar to any rugby event but different in that you will see multiple matches played. Typically, these tournaments span over two to three days, with about 16 to 20 matches a day. Ticket prices range based on the seating area and the number of days you go to the tournament. These tournaments bring an influx of fans from around the world with many cultures and many cuisines. Fans will come from Samoa, Kenya, Australia, and Europe to represent their teams.

Pages Related to What Are The Best Seats At A Rugby Game?