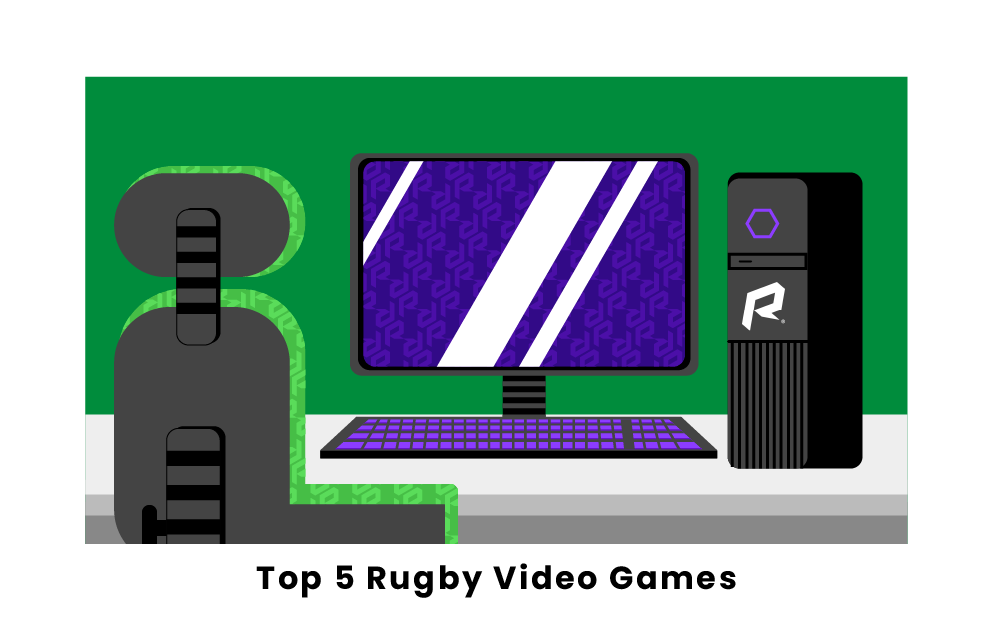 What are the most popular rugby video games?

The Jonah Lomu Rugby game came out in 1997 on three platforms; PlayStation, DOS, and Sega Saturn. Since its release, it has been an all-time great sports video game. The commentary on this game is funny and always seems perfect. Bill McClaren and Bill Beaumont were the two commentators. The game's controls are simple to pick up and remember and the gameplay is smooth. Every great video game has a great introduction video, and this one is awesome. The gameplay had a lot of obscure countries and players to play with, including an All-Jonah Lomu Team. One quirk of the game is the extremely challenging kicking. Overall, the game is very fun to play and has been a favorite of rugby fans.

Rugby World Cup 2011 came out in the United States in September, 2011. It came out after a few years of not-so-great rugby video games and had a variety of game modes to play. While the graphics were not great, the simplicity of the game is admired. The controls are similar to Rugby 08 and this game is available to play on the PS3 and XBOX360, among others. There are many teams and countries available to play with, as multiple rugby leagues are in this game. The game is also realistic, as it has great teams like the All-Blacks rated very highly.

Rugby 2008 came out in 2008 and is available on the PS2 and XBOX. One of the best parts of Rugby 2008 was the official licensing. It has every team and every player officially licensed, so there are no fake players or teams in the game. The graphics were aheads of its time in 2008 from the looks of the players to the celebrations in-game. The gameplay was smooth and still is today. The controls are very simple, which makes the game fun. This game is very addicting, as there are career game-modes to play, along with the ability to play with any team in the world.

World Championship Rugby came out after the 2003 Rugby World Cup. With its release in 2004, it was available on a PS2, XBOX, and PC. There are plenty of game play options, including tournaments like the Six Nations Tournament, and many other custom cups and leagues. One of the more popular and different game modes is the challenge to beat the All-Star team with every other team in the game. There is also a survival game mode, which is unique. A downside is the lack of official licensing, as England and Wales are the only two teams in the game that are officially licensed.

Rugby 06 came out in February, 2006. It is available on the PS2, XBOX, and PC. This was one of the first rugby games to really blow up in the United States. It’s a simple game, which may be part of the reason it was so popular. It helped people understand how rugby is played and helped people pick up on most of the rules and styles of the game. This was achieved through a basic tutorial game mode. Once you get the hang of the game there are more advanced controls to learn, too, like design plays and off-load passes. There are multiple levels of game play and numerous tournaments to play in, giving a user a wide variety of options to play.