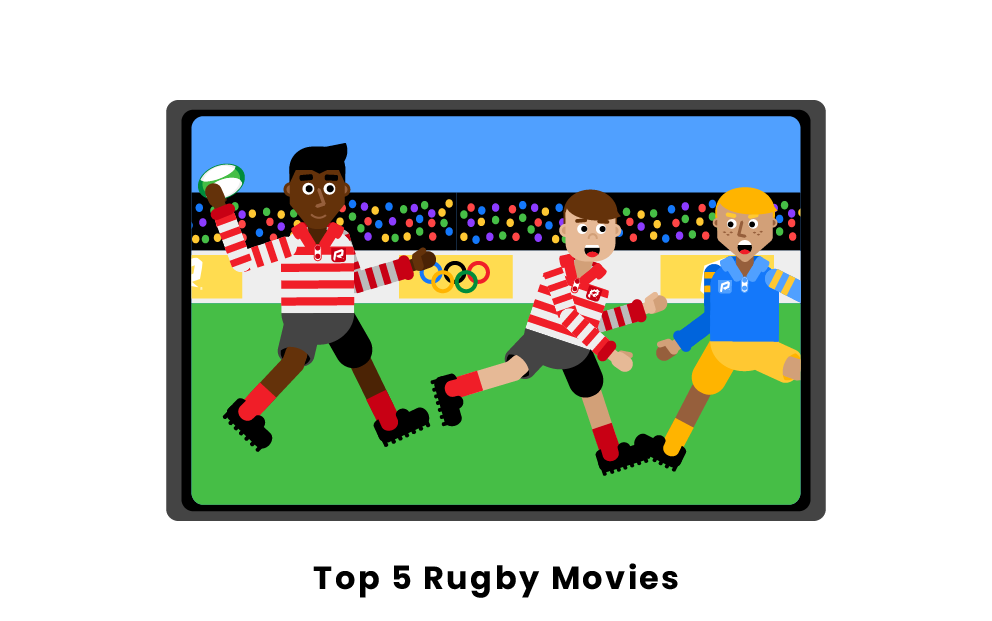 What are the most popular Rugby movies?

Dan Carter: A Perfect 10 is a documentary film that is intimately shot and tells the story of Dan Carter’s personal life and the difficult journey he went through during the 2015 Rugby finals. Dan Carter is a New Zealand Rugby player for New Zealand's national team, the All Blacks. Carter is also known for being the highest point scorer in a test rugby match. This film recounts Carter’s interesting life and captivates viewers with how much he has endured during his illustrious Rugby career. Carter was named the International Rugby Board Player of the Year in 2005, 2012, and 2015. The film also depicts what a key player Carter was in the 2015 Rugby World Cup-winning teams, and how he became one of 20 players to win multiple Rugby World Cups.

Fans love how the film depicted the events of the 2015 world cup. During the 2015 World Cup against Australia, Carter made four penalties, two conversions, and a drop goal, all which helped him become named man of the match.

The Brighton Miracle is a Japanese made for television film which follows the inspiring journey of the Brave Blossom’s incredible win over South Africa during the 2015 Rugby World Cup. Viewers love the story that the movie tells and how it flowed throughout the course of the film. The film opens up with Japanese officials highlighting their 145-17 loss against the New Zealand All Black team back in 1995, and finished with the miracle 2015 Rugby World Cup victory. Temuera Morrison depicts coach Eddie Jones during the film, which is another reason fans of rugby and viewers of this movie are such big fans of it. Japan was at risk of becoming “the laughing stock of Rugby” but this film showed viewers how much work goes into being the best Rugby team out there.

This film is not only inspiring but also tells the true story of the underdogs finally getting one over on the big dogs, something that took years of hard work and dedication.

Old Scores is a 1991 film that recounts the events of a match between the New Zealand All Blacks and Wales replay a match from 25 years earlier. This film follows a death-bed confession of a touch judge, which interrupts the life of Welsh rugby player, Bleddyn Morgan. The 1966 match of the All Blacks versus Wales was a controversial one within the rugby world. Viewers of the movie love the raw emotion portrayed during the film and the amount of stars within the film. During the movie, the Welsh Rugby Union orders the game to be replayed which leads to plenty of laughs to ensue. All Black team members featured in the film are: Ian Kirkpatrick, Waka Nathan, Alex ‘Grizz’ Wyllie, and Graham Thorne. The Welsh Rugby team includes Phil Bennett, Gerald Davies, Mervyn Davies, and Gareth Edwards.

Viewers find this movie to not only be funny but also an entertaining look at a more controversial game in Rugby history.

Forever Strong is a 2009 film, where a rugby player ends up in a juvenile detention center where he begins to play for the Highland Rugby team. Eventually the movie leads to the player playing against his own father’s team that he coaches in the National Championship. Viewers are fans of the drama and emotions that are portrayed in this film along with the amount of famous actors who star in this film, such as Penn Badgley. This movie is also based on an array of true stories. Viewers also love the underdog story that is portrayed in this movie and how the once juvenile Rugby player ends up winning the game for his team against his father in the end.

Invictus is a 2009 biographical sports drama film which stars Morgan Freeman and Matt Damon. This movie comes from a story written in the 2008 book, Playing the Enemy: Nelson Mandela and The Game That Made a Nation by John Carlin. It addresses the events in South Africa before and during the 1995 Rugby World Cup. The South African team, The Springboks, were not meant to do well during the game and captain Francois Pienaar, played by Matt Damon had an immense amount of pressure on his shoulders. Viewers find Morgan Freeman’s depiction of South African President Nelson Madela to be incredibly emotional and realistic. The title of this film, Invictus, refers to the Roman divine epithet which translates to “undefeated” or “unconquered” which viewers believe is a great title for this captivating film. President Nelson Mandela also used the South African’s Rugby World Championship campaign to help unite the Rainbow nation.