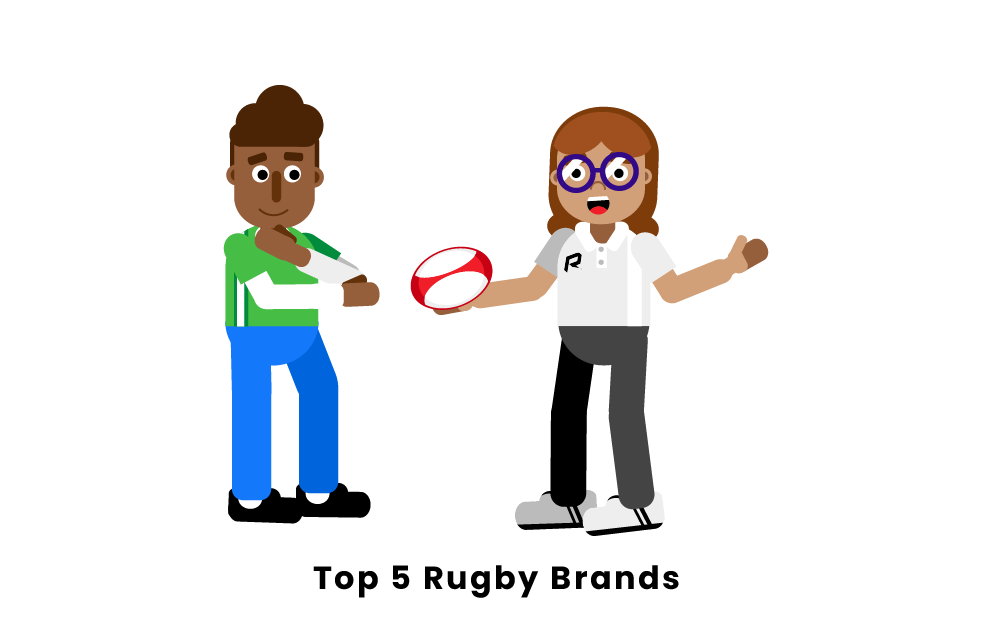 What are the most popular rugby brands?

Gilbert Rugby is by far one of the best brands for anything rugby related. Founded in the early 1800s, the brand has specialized in rugby specific equipment for years. From balls to footwear, Gilbert has it all. Not only do they produce a wide range of equipment, but the brand also sponsors teams and rugby players as well. Teams like Belgium and Chile along with players like Matt Gilbert from England are all fully sponsored by the Gilbert Rugby brand. Anyone looking for well-made and long lasting rugby balls along with uniforms and other equipment should look no further then Gilbert Rugby for anything they may need to enjoy the sport.

Canterbury is a rugby brand that is based in the UK and is known for producing top quality rugby gear. However, the brand's original name is Canterbury of New Zealand and was first based out of the Canterbury region of the country. Canterbury is well known for producing the original uniforms for the New Zealand All Blacks, the national rugby team. However, they now sponsor many other national teams from England to Japan. The brand creates gear for everyone, from personal athletes to children just getting into the sport. They also sell team wear for fans of the game to cheer on their favorite rugby players and teams.

Asics is a popular brand amongst many professional and ametur rugby players. Outside of producing some of the best quality running sneakers, the brand is also known for their rugby gear and equipment for all ages and levels. More specifically, Asics is best known for their cleats and rugby apparel. The brand even sponsors the South African Springboks, one of the best rugby teams in the world. Anybody who is interested in quality footwear for rugby along with Springbok gear should definitely check out Asics and all of their rugby collection.

Surprisingly enough, Adidas is not just known for producing quality soccer gear. They are also known for their rugby apparel and equipment. Adidas is well known for their cleats and apparel specifically. Even today, they are the current sponsors of the New Zealand All Blacks, one of the most talented rugby teams in the world. In addition, anyone looking to buy rugby gear, both ametur and professional, can enjoy the rugby gear that Adidas offers. They are also known for being highly affordable, so any new rugby player should check out the gear Adidas has to offer.

Macron is a rugby brand for anyone interested in the sport. Based in Italy, the company not only specializes in rugby but specializes in many other sports like soccer and basketball. They also sell leisurewear as well. The brand sponsors many national rugby teams, including Italy, Portugal, and Germany. Macron is very well made and their gear is at a pretty average price point compared to other rugby brands. In addition, they also sell kids gear for children who are just starting out in the sport. With that, Macron also sells customizable gear, but it comes at a larger price point.