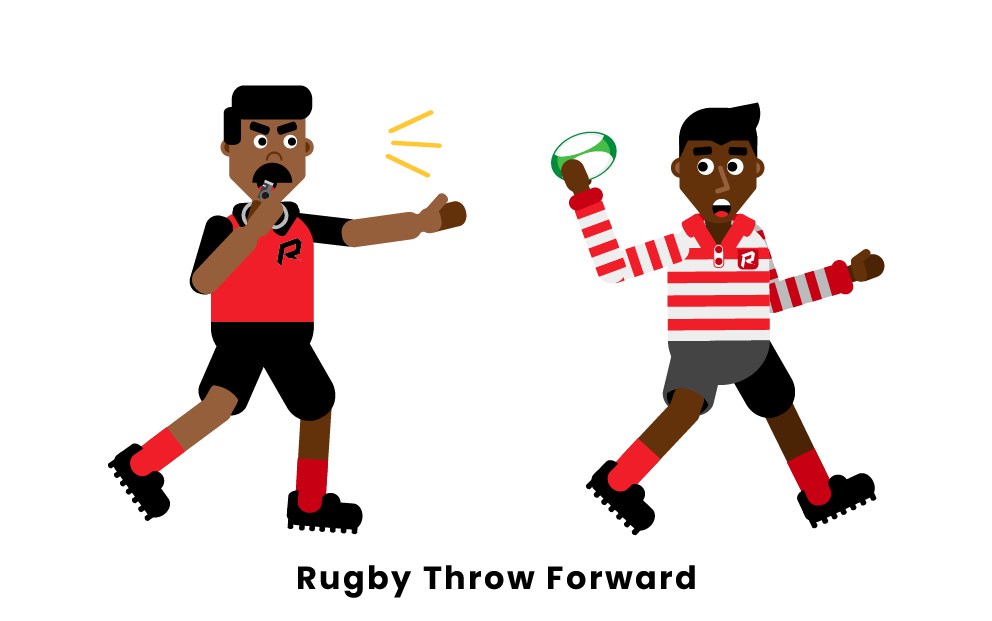 Considered by many as one of the main distinguishers between rugby and American football, the throw forward is absolutely forbidden in rugby. This play, which results in a violation of the rules, could provide the team that is holding the ball with an unfair advantage in the build-up to a try.

According to the World Rugby Law Book, a throw forward is defined as the action of a player throwing or passing the ball forward. This can be easily determined by checking the position of the player’s arms when the ball is thrown. If the arms move away from the player receiving the pass, the play is defined as a throw forward, which represents an infringement.

Most cases of a throw forward do not present intentionality from the player, which means that this kind of infringement results in a scrum most times. While the sanctions do not vary based on the level of play, the kind of scrum changes based on the position on the field where the infringement took place. If the throw forward takes place at the try line, the scrum will be at the touchline. 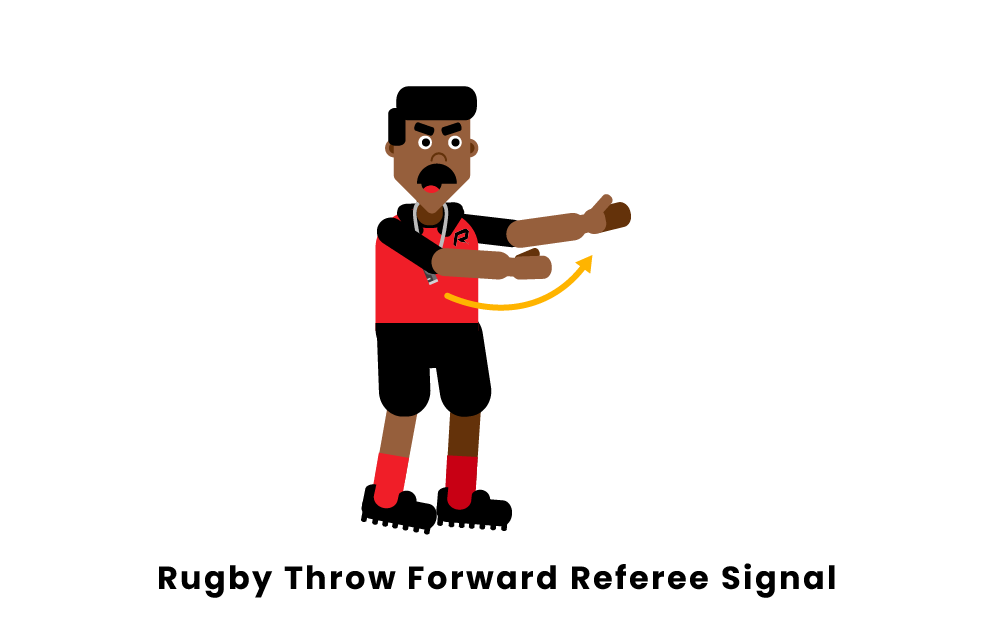 Similar to American football, rugby referees have an extensive code of hand signals to communicate different penalties to the players. The throw forward signal belongs to the category of secondary referee signals that establish the restart of the game through a scrum. By moving the hands to simulate the motion of a forward pass, the referee, thus, decides that two teams will have to fight to obtain possession of the ball through a scrum.

Are you allowed to throw forward in rugby?

Throwing the ball forward is one of the easiest violations to commit in a rugby game. Players need to communicate well and always keep good positioning to avoid putting the players with the ball in a tough situation that could lead to a throw forward. Whether it is intentional or not, whenever the arms of the player passing the ball move forward, the referee will intervene and call an illegal throw forward.

What is the penalty for throwing the ball forward in rugby?

Are you allowed to kick the ball forward in rugby?

While a throw forward is considered one of the main penalties in rugby, kicking the ball forward is allowed. If a team is struggling to move the ball down the pitch, then a player can elect to kick the ball forward. However, any teammate that is in front of the ball is not allowed to pick up the ball until they are behind the kicker.