How Much Does A Rugby Player Make? 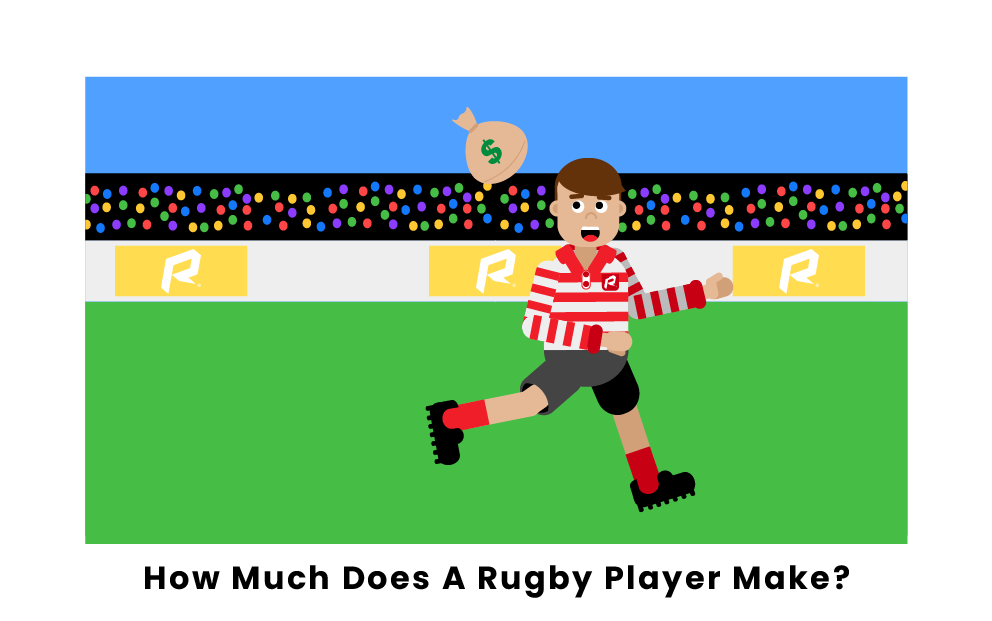 Since rugby is a popular televised sport that is played in many different countries and in international competitions, rugby players can make a range of incomes based on the league they play in, as well as their fame and success. However, rugby players’ salaries are almost always far less than salaries for other professional athletes such as soccer players.

Top-notch rugby players in England’s Premiership League, one of the most watched private club leagues, can make up to 800,000 Great British Pounds, or $920,000. However, on average, English Premiership rugby players earn around 150,000 Great British Pounds ($172,000) per year. If players are good enough to play for their international team, they often get paid based on their amount of appearances or participation in world tours and competitions. International players’ pay ranges greatly based on the team’s popularity.

England’s Premiership Rugby league is one of the most popular club rugby leagues that people follow. Since the sport was created in England, many of the teams have rich histories, attracting fans around the globe. On average, for a starting first team player, English Premiership Rugby players make about 150,000 Great British Pounds, or $172,000, each year, though generally, salaries range greatly. Younger or less experienced players might usually make around 40,000 Great British Pounds ($46,000) per year. Meanwhile, more experienced players can even make up to 800,000 Great British pounds ($920,000) per year on the highest end of the scale.

For the French Top 14 League, the highest club competition in France, players on average earn more than English Premiership players, making roughly 240,000 Euros per year. On the top end, French Top 14 players can make up to 850,000 Euros each year.

Though salaries and annual pay are important factors in determining what a rugby player makes, it is important to take into account individual players’ brand partnerships and promotions as well. Some of the more popular rugby players can make extra money on the side by promoting brands, receiving sponsorship deals, or bonuses for wins.

Professional rugby is relatively new to the United States. While the Major League Rugby league is rapidly growing in popularity, it is hardly considered a professional league due to the low earnings of players. Only a few players per team can make a sustainable living playing full time, and often players play in their free time while working other full-time jobs.  In Major League Rugby, each team’s total salary cap is just $500,000. This budget must pay for each player on the team’s roster.

Since MLR teams have far lower budgets than English Premiership or French Top 14 teams, the average MLR player makes between $10,000 and $20,000 per year. On the highest end, veteran players may make up to $45,000 from playing rugby in the United States. This is reserved for the stars at the top of the league. On average, more experienced players make between $20,000 and $30,000 per year playing full-time. Since the MLR is still developing, some players play only part-time, making far less than the MLR players that make $20,000-$30,000 yearly.

Who is the highest-paid rugby player ever?

The two highest-paid rugby players ever are Charles Piutau and Handré Pollard. Piutau was formerly a New Zealand international player and currently plays for the Bristol Bears. In 2018, Piutau reportedly signed an agreement with the Bristol Bears that would pay him £1 million per year, making him the highest-paid rugby player in history. Pollard, a South African Player, makes the same amount playing for Montpellier.

How much do Rugby Sevens players earn?

On average, full-time starting Rugby Sevens players that play for more successful international teams earn 50,000 Great British Pounds per year. On the highest end, this number can reach up to 80,000 Great British Pounds per year, though it is rare to see this figure. Rugby Sevens is unique in that it is not played full-time throughout the year. Additionally, there are no established club leagues for Rugby Sevens, unlike rugby or union leagues such as the English Premiership.

Pages Related to How Much Does A Rugby Player Make?