How Much Do MLR Rugby Tickets Cost? 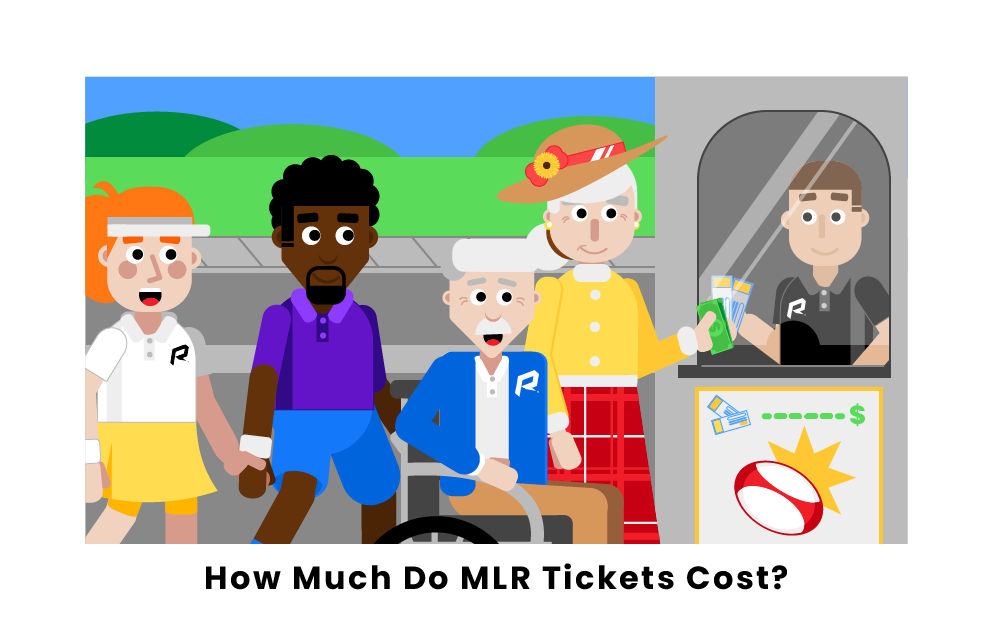 Rugby is a close-contact sport played on a large grass pitch, much like other outdoor sports such as soccer or polo. Also, though it originated and carries its greatest popularity in England and other European countries, rugby has become increasingly popular on an international scale and has national divisions in many countries, including the United States. Listed below are details about how much MLR tickets cost for single tickets plus various season packages.

In the United States, the main matches one can purchase tickets to are events run by Major League Rugby (MLR), a league that comprises twelve regional teams from around the US and one Canadian regional team (the Toronto Arrows).

The price of tickets varies widely based on the position of the seats. While a few arenas, especially internationally, are mostly general admission, the vast majority of MLR games are played in arenas with sectioned areas. For single-level arenas, there are three sections with a section in the middle and two sections seated further and further from the middle. There are three sections for double-level arenas, but the middle section has ticket costs separated into lower-level and upper-level middle seats. Like in a soccer or hockey game, the most expensive and sought-after tickets are those on the lowest level, closest to the center of the pitch.

Like any other national US sport, ticket prices vary based on the popularity of the teams hosting and playing. There are too many factors to summarize how much this can cause tickets to range in price, but the golden rule is that the more popular either team is, the more expensive tickets will be. For example, single tickets for Rugby Atlanta (Rugby ATL), a less popular team, for a typical game would be $12 for the furthest section, $22 for the second closest section, and $32 for the middle section. Tickets for the New Orleans Rugby Team (NOLA Gold) would be almost double that price.

As is typical with other national sports, tickets are higher for championship games. For a 2022 championship game at the LA Sevens arena, general admission tickets are $50 for one day or $85 for two days, upper level reserved middle seats range from $60 to $90, and lower level reserved seats cost $90 to $110. There are also special packages reserved for the season ticket holders and VIP tickets for $300 for one day and $525 for the two-day package.

Though tickets to any MLR match are sold in singles, each of the 14 teams also sell packages for their entire seasons that are played on their home field. As with single tickets, these packages vary in price based on the position on the field, luxury level, and overall popularity of the host team. For example, Half Season Passes for Rugby ATL cost $48 for the farthest section, $96 for the second closest, and $144 for the middle section. Meanwhile, season packages for NOLA Gold start at $90 and end at the highest with $210 for the middle section and $550 for the VIP section.

Pages Related to How Much Do MLR Rugby Tickets Cost?