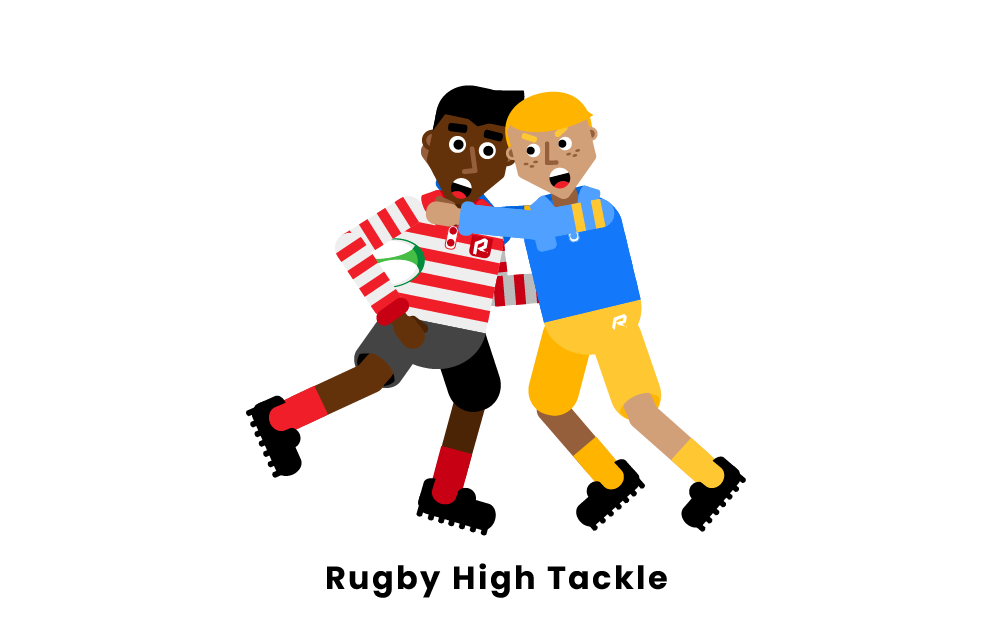 The high tackling infringement occurs when the tackling player brings down a ball carrier above the designated target area of which it is legal to hit the opponent. Players are encouraged by this rule to stay low when making tackles and avoid any contact above the shoulder level of the tackled player. This exists to prevent injuries to the neck area and concussions. There is a step-by-step process when analyzing this foul’s severity. Although it is illegal to tackle above the lower half of the shoulder, it will often only be a penalty to the tackled player’s team if the hit registers just below the neck area. The process for potential booking can take place whenever a player commits a tackle above the opponent’s shoulders.

In rugby, a booking can take the form of a yellow or red card. Yellow cards are given for a high tackle when a hit to the head is determined to be a dangerous play. The card given for such a foul can vary based on danger level, the intent of the tackling player, and the outcome of the tackle. As a result of this rule, most rugby players are taught to tackle similarly to a wrestling takedown. They are required to hit below the shoulders, wrap up with their arms, and keep their feet throughout the takedown.

High tackle infringements are always followed by a penalty. Penalties give possession of the ball to the fouled player’s team with a choice of options. When a yellow card is given, the fouling player must sit out of the game for 10 minutes while their team plays down a player. A second yellow card is a red card. A red card removes the fouling player from the rest of the game. Their team will then be forced to continue on with one less player. 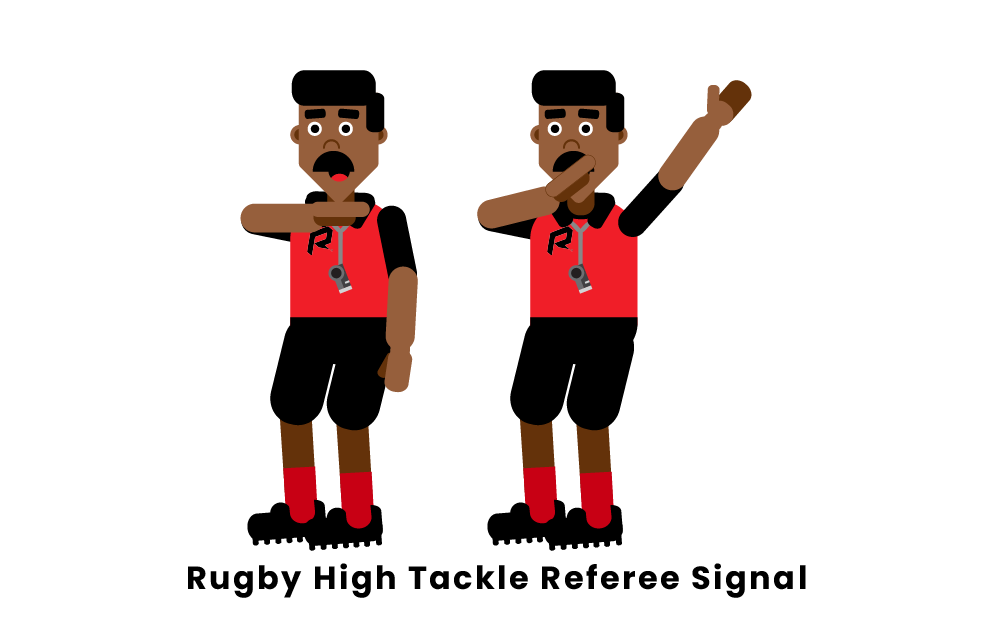 What is a high tackle in rugby?

A high tackle in rugby is when a tackling player fails to bring down a ball carrier by tackling below the legal height. Legal tackling height is below the ball carrier’s shoulders, but there is an increased factor to the infringement when contact to the head or neck area occurs. This is in order to protect players from concussions and other dangerous injuries that involve the neck and/or spine. Players are coached to tackle low in order to avoid committing this infringement.

What are the consequences of being called for a high tackle in rugby?

A high tackle in rugby results in a penalty being awarded to the fouled team. Penalties give the fouled team the ball and a choice to either kick for points, for touch, quick tap, or scrum down against their opponent. This infringement can become a yellow or red card. Yellow cards cause the fouling player to sit out for 10 minutes while their team is a player down, while red cards remove the player from the game entirely.

What are the rules of tackling in rugby?

Tackles in rugby require that the player bring down their opponent in a safe manner similar to that of wrestling. Players must tackle the ball carrier below the shoulders while also wrapping up with their arms. Tacklers must also keep their feet throughout the tackle and at no point leap at an opponent. Leaving one’s feet is a dangerous play, which is a penalty. Players are encouraged to use their lower body to make a tackle in order to avoid being called for a penalty.