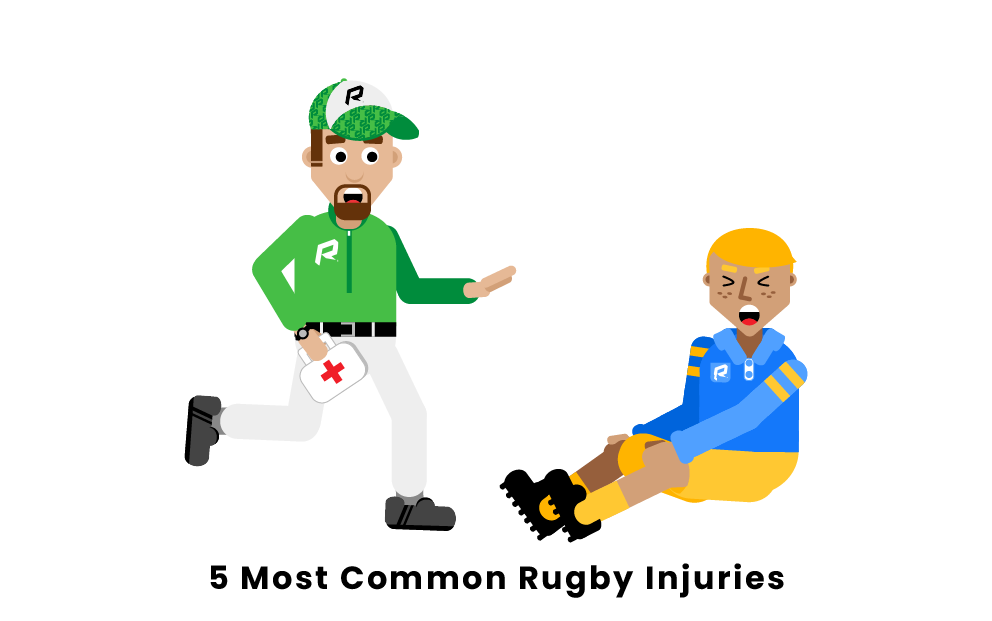 What are the most common rugby injuries?

The second most common rugby injury is a shoulder injury. The most common form of shoulder injury in rugby players are Acromioclavicular joint (AC Joint) sprains. Shoulder injuries often are caused by players diving for the ball and landing on their shoulders, rupturing ligaments and resulting in sprains and dislocation. The treatment for shoulder injuries depends on the severity. Lower grade AC Joint sprains can be treated by physiotherapists, but grade III strains or anything more severe needs to be examined by doctors and may require surgery. Although difficult to prevent, players may try wearing shoulder support to help.

The fourth most common injury among rugby players is a Medial Collateral Ligament (MCL) injury. MCL injuries often are caused by a hit to the knee or by sudden changes of direction, both of which happen often to rugby players. MCL injuries happen at a rate of around 3.7 injuries per 1,000 hours played. Generally, MCL injuries do not require surgery and are easily treated, but if severe enough they do. The best way to prevent MCL injuries is to properly train and strengthen your knees, and work on fast movements to give your knee more resilience to sudden shifts.