What is Surfboat Rowing? 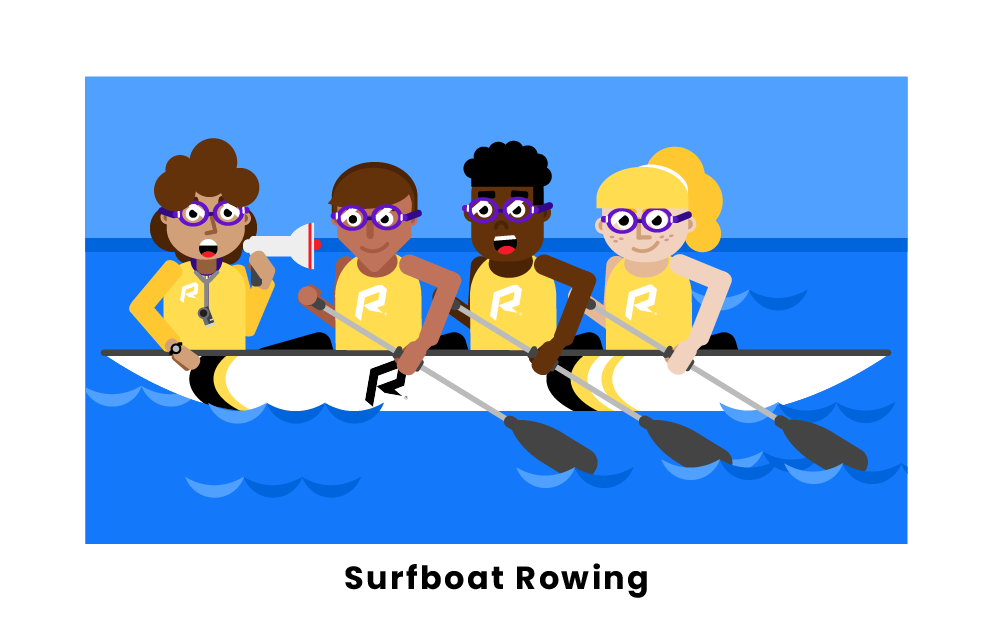 Long before they were used for joy and competition, surfboats were used as a lifesaving device when a swimmer had been carried too far from shore. Now, surfboats serve as the vessels for some of the most intense water races in the world. A five-person crew of four rowers and a steerer, called a sweep, propels the boat out into the ocean against the current around a buoy in the ocean before racing back to shore. Catching a wave on the way back in is crucial to a good performance in a surfboat rowing race.

The technique and concept are similar to the Olympic version of rowing, except surfboat rowing takes place in the choppy, unpredictable ocean waters. In contrast, Olympic rowing occurs in flat, calm waters. In order to participate in an official surfboat rowing race, racers must be a volunteer Surf Life Saver, which tends not to be a problem as physical fitness is crucial to both racing and lifeguarding.

What is surfboat rowing?

Surfboat rowing is a sport featuring a team rowing a surfboat out into the ocean with the goal of making it through the surf in order to catch a wave back into the beach as quickly as possible. Multiple teams race in order to see who can be the fastest to get out through the waves and back to the beach. The race is supposed to artificially mimic the act of saving a swimmer caught at sea without a person having to be in any danger first.

Where is surfboat rowing most popular?

Surfboat rowing is most popular in Australia, which is where the sport originated. The sport’s highest governing body is the Australian Surf Rowers League, which means that the highest level of the sport is practiced in Australia. The elite quality of the performers in Australia draws bigger crowds and makes the sport more popular there. The sport is also becoming popular in other countries like New Zealand and the UK.

What is the biggest surfboat rowing event in the world?

The George Bass Surfboat Marathon that occurs in Australia is the biggest surfboat rowing event in the world. This marathon is so big that it takes place over the course of 7 days and spans 190 kilometers off the coast of Australia. The rowers have a predetermined leg length to cover each day, with set start and end points. Competitors in the 2018 race were scheduled to travel at least 18 kilometers or more in every single leg of the race.

Pages Related to What is Surfboat Rowing?