SportsSporting EventsGamesActivitiesRowing5 Most Common Rowing InjuriesHistory Of RowingList Of Rowing ExercisesRowing Basic Rules For KidsRowing Equipment ListTop 5 Rowing BooksTop 6 Best Men's Rowers of All TimeTop 6 Best Rowing Machine BrandsTop 6 Best Women's Rowers of All TimeWhat Are The Rules And Regulations Of Rowing Races?What Are The Types Of Races In Rowing?What is Rowing?What is Surfboat Rowing?
Home>Sports>Rowing
PreviousNext 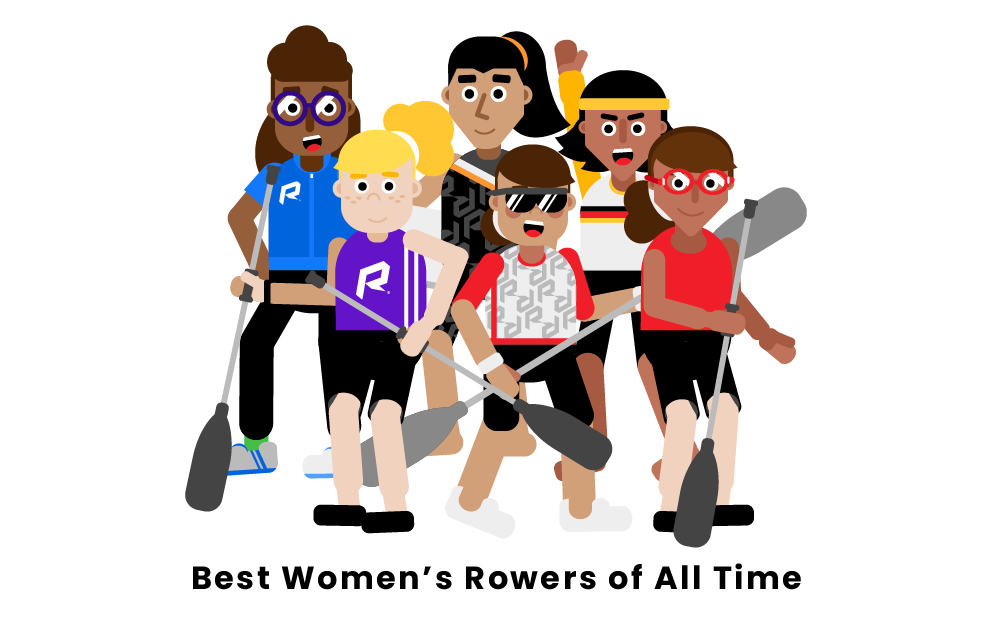 Rowing is an extremely old sport that requires strength, endurance, and teamwork. However, international rowing competitions for women were more recently introduced to the sporting world. The first female World Rowing Championship was in 1974, and female rowing was introduced to the Olympics in 1976. Read more to learn about some of the best women’s rowers in the history of the sport.

Who are the best women’s rowers of all time?

Georgeta Damian is regarded as one of the best rowers of all time due to her success in both the Olympics and World Rowing Championships. During her career, she participated in four Olympic Games from 2000 to 2012, and won a total of six medals for Romania. Not only is she one out of two female rowers to win five Olympic gold medals in the sport, but she is also one out of ten Olympic rowers to win gold in the same event (coxless pairs) three times in a row. She also won the World Rowing Championships five times, which she accomplished by competing with the Romanian Women’s eight team and in the pairs.

Elisabeth Lipa is the other female athlete on this list that has earned five Olympic gold medals during her career. Additionally, she holds the world record of the female rower that has earned the most overall Olympic medals, with a total of eight Olympic medals for Romania. Throughout her career, Lipa competed in six Olympic Games from 1984 in Los Angeles to 2004 in Athens. In fact, she is the only woman to earn five gold medals in five Olympic Games. She is also the first woman to win a gold medal in both the single scull and eight rowing events.

Katherin Boron is a highly successful German rower in both the Olympics and World Rowing Championships. She has earned five Olympic medals over the course of five Olympic Game participations. Her rowing career started early, when she won the quadruple sculls at the 1986 World Rowing Junior Championships on the East German crew, then earned another junior title a year later. Then, she proceeded to compete in the Olympics and earned a medal every year she competed. After over 20 years of competing, Boron collected 13 World Rowing Championship medals, and the International Rowing Federation awarded her the Thomas Keller Medal - which is an honor given to rowing athletes who have incredibly successful careers and exceptional sportsmanship.

Viorica Susanu is another famous Romanian rower. She earned five Olympic medals, four of which were gold, over the course of five Olympic Game participations. She was a part of the eight-member team that won the World Rowing Championships three years in a row. Additionally, from the 2000 Sydney Olympic Games to the 2008 Beijing Olympic Games, Susanu’s coxed eight team won the gold medal three consecutive times. Later in her career, Susanu and Georgeta Andrunache set a new record for the coxless pairs during the 2002 World Rowing Championships in Seville.

Helen Glover was an Olympic rower for Great Britain and has won two Olympic gold medals over the course of three Olympic Game participations. At the 2012 London Olympics and the 2016 Rio Olympics, Glover and her rowing partner Heather Stanning won gold medals back-to-back for the coxless pairs, and were the first British female rowers to do so. Heather Stanning and Helen Glover also set a world record for coxless pairs when they won the World Rowing Championships in 2014. Glover has also won the British Championships in the women’s fours and quadruple sculls competitions.

Doina Ignat is a skilled rower who was also a member of the Romanian eight team that won the gold medal in four consecutive Olympics from 1996 to 2004. Throughout her career, Ignat competed in five Olympic Games and earned six Olympic medals. Ignat earned her silver medal in the quadruple sculls in 1992, and her bronze medal in the coxed eights in 2008. Her athletic career in the Olympics spanned an impressive 16 years. She also earned two European Championship victories consecutively, competing in 2007 and 2008, and won in the women’s eight team.

Who is the best women’s rower of all time?

Georgeta Damian is frequently regarded as the best women’s rower of all time. Not only does she hold the record for the most Olympic gold medals in women’s rowing, but she also has an impressive 11 World Rowing Championship medals and three European Championship gold medals. Damian competes on the Romanian rowing team. She is also one out of ten rowers to win a gold medal in the same event over three consecutive Olympic Games.

What women’s rower has won the most Olympic gold medals of all time?

Two female rowers have won the most Olympic gold medals of all time. Both Elisabeta Lipa and Georgeta Damian have earned an impressive five Olympic gold medals. Damian and Lipa competed on the well-known Romania Olympic coxed eights team, which won gold back-to-back in the 2000 and 2004 Olympics. Lipa and Damian are the only female rowers to win five gold medals. Furthermore, Lipa holds the record for the female rower with the highest total Olympic medals, as she earned eight Olympic medals throughout her career in various rowing events.

Pages Related to Top 6 Best Women's Rowers of All Time