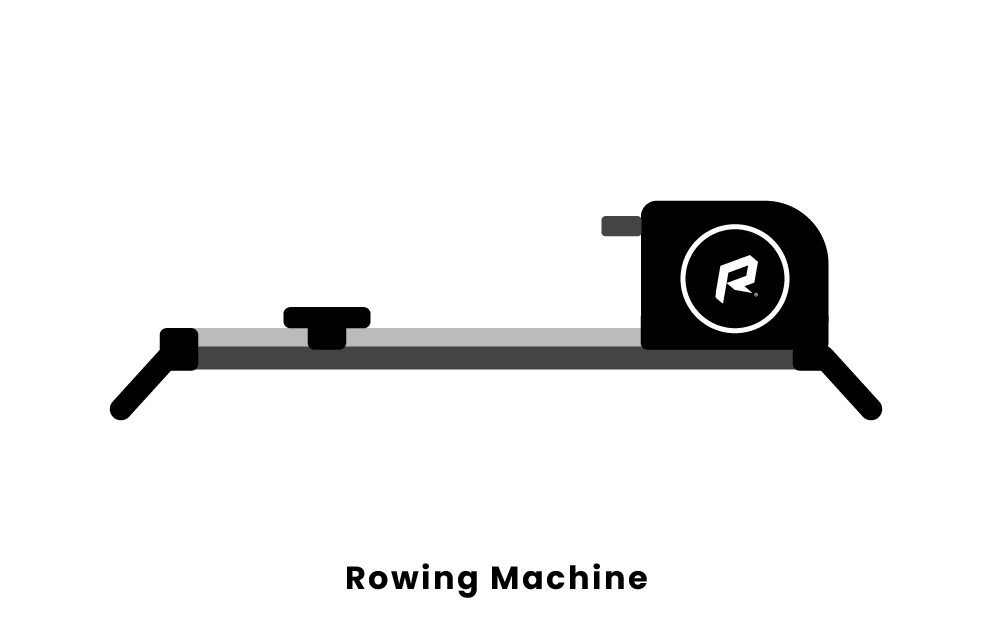 Once a specialty trainer used by crew teams, rowing machines have become increasingly popular as full-body cardio machines, used in gyms and homes around the world. Inspired by the popularity of Peloton, most high-end rowers now include large touchscreens and interactive workout classes. Read on to learn about some of the top rowing machines available and choose the right one for you.

What are the most popular rowing machine brands?

Ergatta is a small American maker of indoor rowers and training software that has recently entered the market. The company was started in 2019 by CEO Tom Aulet, along with a few local co-founders, in Brooklyn, New York City. Ergatta was starting to fill the need for a home workout machine that was engaging and effective yet attractive enough to permanently occupy a corner of a city apartment. The resulting product is the Ergatta rower, one of the most attractive and highly-praised rowing machines on sale today. The Ergatta is constructed of gorgeous cherrywood and designed and manufactured in collaboration with established rowing machine maker WaterRower. In addition to the solid construction and appealing design, one of the most compelling aspects of the Ergatta is the accompanying training software. Inspired by live sports and video games, the interactive video training interface offers a variety of workouts and virtual scenery choices, with a new “Race of the Week” plus at least five other new workouts posted every week. Former NFL star Colin Kaepernick is the star of Ergatta’s initial brand campaign; in turn, the brand has sponsored Kaepernick’s Know Your Rights Camp.

One of the largest fitness equipment brands in the world, NordicTrack is an American company with headquarters in Utah that is owned by iFIT Health & Fitness. The company was founded in 1975 by mechanical engineer and cross country skier Edward Pauls in Chaska, Minnesota. Pauls invented an indoor cross country ski trainer with a patented flywheel resistance mechanism, known as the original NordicTrack machine, and began manufacturing them in his garage, advertising by word of mouth. Today, NordicTrack offers several models of ellipticals, all descended from the original ski trainer. They also sell rowers, treadmills, bikes, and several strength-training machines, including an interactive fitness mirror. The RW900 is NordicTrack’s flagship rowing machine. It features a large touchscreen and interactive workouts through the company’s proprietary iFit service. The RW600 is more affordable but just as capable, also including a touchscreen and iFit workouts. NordicTrack has previously sponsored actor Brendan Morais, and the brand is currently endorsed by celebrity trainer Jillian Michaels. NordicTrack is the official connected treadmill partner for the Boston, Chicago, London, and New York City Marathons.

Hydrow is a rapidly growing American rowing machine brand known for its sleek designs and high-quality training videos. Based in Boston, Massachusetts, with offices in Cambridge, the company was started in 2017 by co-founder and current CEO Bruce Smith, a former US National Rowing coach. A relative newcomer to the market, the Hydrow was the first to offer immersive internet-connected video workout classes as part of the rowing machine’s user interface, similar to the experience provided by the massively popular Peloton exercise bikes. There are plenty of prerecorded workouts, but the regular interactive live classes led by champion professional rowers are the big draw. Other non-rowing workouts are also available, such as yoga, stretching, and resistance. The Hydrow features a large touchscreen and a streamlined modern design that can be folded and stored away. Several celebrities have investment stakes in Hydrow, including Aaron Rodgers, Travis Kelce, Kevin Hart, Justin Timberlake, and Lizzo.

Proform is a fitness brand that manufactures exercise equipment like treadmills, rowing machines, ellipticals, hybrid trainers, and stationary bikes. Owned by Icon Health & Fitness in Utah, Proform has produced quality fitness equipment since the 1970s. Supported by their extremely popular treadmills, Proform has sold more home cardio machines over the past two decades than any other brand. Their current range-topping rowing machine is the Pro R10, which is significantly more affordable than other top-rated rowers. The 750R has nearly as many features, is popular and highly rated with reviewers, and comes at an even more reasonable price. Proform offers a range of treadmills, topped by the Pro 9000, which is one of the best treadmills on the market. They also sell ellipticals, bikes, fitness mirrors, weights, and other strength training equipment, as well as fitness accessories. Proform maintains a high profile among professional athletics. The brand partners with the Tour de France and the Boston Marathon as their official training equipment provider.

The original water resistance rowing machine brand, and by now an iconic design, WaterRower has set the industry standard for over 30 years. After spending several years refining his design, the company was founded in 1988 by former US National Team rower John Duke in Warren, Rhode Island, where it is still based today. Duke’s rowing machine was breathtaking, and the WaterRower remains one of the most stylish and attractive rowers on the market. Available in several inviting finishes, including ash, oak, walnut, and cherry woods, as well as stainless steel, WaterRower describes its machines as fitness furniture, designed to be displayed in a living space rather than hidden away. The top of the line WaterRower is the professional-grade, all-stainless steel S1 model, with the compact A1 models providing popular and affordable options that fit well in small living spaces. A WaterRower was famously used in several episodes of the Netflix series “House of Cards” by Kevin Spacey’s character Frank Underwood, leading to increased public interest in the brand following the airing of the episodes.

Stamina is an American fitness brand that makes a wide range of exercise, sports, and outdoor recreation gear. Based in Springfield, Missouri, Stamina was started over 30 years ago by Barry Laurie, Kevin Gerschefske, and three other friends, a group that still owns the company today. Stamina’s first big hit was a stair stepper machine, and they have since branched out to sell a massive array of exercise machines and accessories. The best known and most popular Stamina products are the AeroPilates machine and the American Gladiator Home Gym. Stamina sells one of the largest and most diverse ranges of rowing machines. They offer 17 different rowers, including air, water, and electromagnetic flywheel options in both full-size and compact models. Over the years, Stamina has collaborated on signature product lines with several fitness celebrities, including Tony Little, Suzanne Somers, Denise Austin, and Brenda DyGraf. After Stamina launched their website in the early 2000s, tech executives Tom Fallows and Jonathan Kibera (at the time members of the Harvard rowing team) became the company’s first online customers when they ordered a couple of rowers.