What is Aggressive Inline Skating? 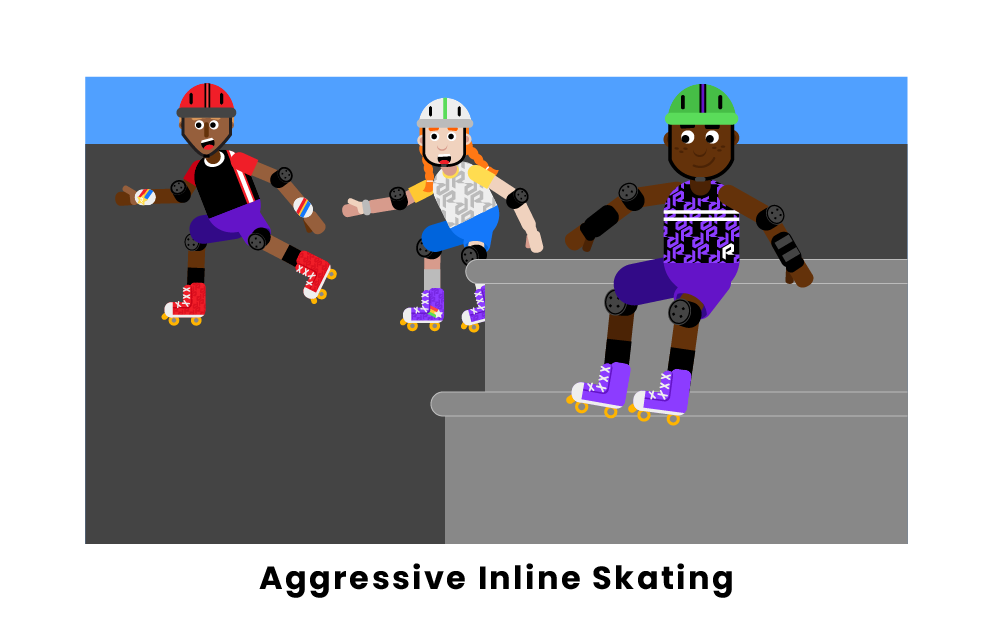 Aggressive inline skating is a rollerblading sport that emphasizes the athlete's tricks and stunts, with a focus on grinding on rails and spinning acrobatic moves. Inline skating was initially created in 1982 as an alternative to practice by a hockey team in Minnesota. The discipline known as aggressive inline skating had a massive rise in popularity in the 1990’s. This fascination with the sport hit its peak when it was introduced in the world's first X-Games competition in 1995. This meteoric rise even expanded to pop culture. In the same year, 1995, the blockbuster Mighty Morphin' Power Rangers movie featured the Power Rangers hitting the streets on their inline skates as its opening scene.

While this massive popularity eventually waned, in 2005, the X-Games discontinued the sport as an event altogether. While the sport may not hold the same level of popularity it once did in the 90’s, over five million people still enjoy and participate in the sport today.

What is the sport of aggressive inline skating?

Aggressive inline skating is a style of rollerblading that is oriented to show off acrobatics, skill, and control while performing tricks such as grinds and spins. The sport has three officially recognized subcategories; Street, Park, and Half-pipe. Each discipline focuses on different aspects; street focuses on using the natural environment around you to perform tricks, while park, as its name implies, is primarily done at a skatepark. Half-pipe focuses solely on tricks performed in a half-pipe and is perhaps the most recognizable of the three disciplines.

Where are the best places to go aggressive inline skating?

The best place to go skating depends on the style of skating that you prefer. If you favor street skating, the best site is an empty street where you can utilize the handrails, concrete steps, and ledges to perform tricks. If park skating is more your style, your local skate park will be your best bet to start. The same goes for the half-pipe fans, as they are a bit harder to find in general. You can use whatever landscape is at your disposal no matter where you are, as the sport emphasizes creativity.

What equipment do I need to safely go aggressive inline skating?

To safely go aggressive inline skating, there are a few things you should consider utilizing. First, you need a pair of skates meant for tricks; comfort and proper ankle support are a top priority to avoid injuries, but be aware of the fact that top inline skates tend to get pricey. A sturdy helmet, gloves, and knee/shoulder pads are also a good idea to prevent major injury to any of those body parts. Safety is important, and taking these precautions can help reduce the risk of injury.

Pages Related to What is Aggressive Inline Skating?