What is Rock Climbing? 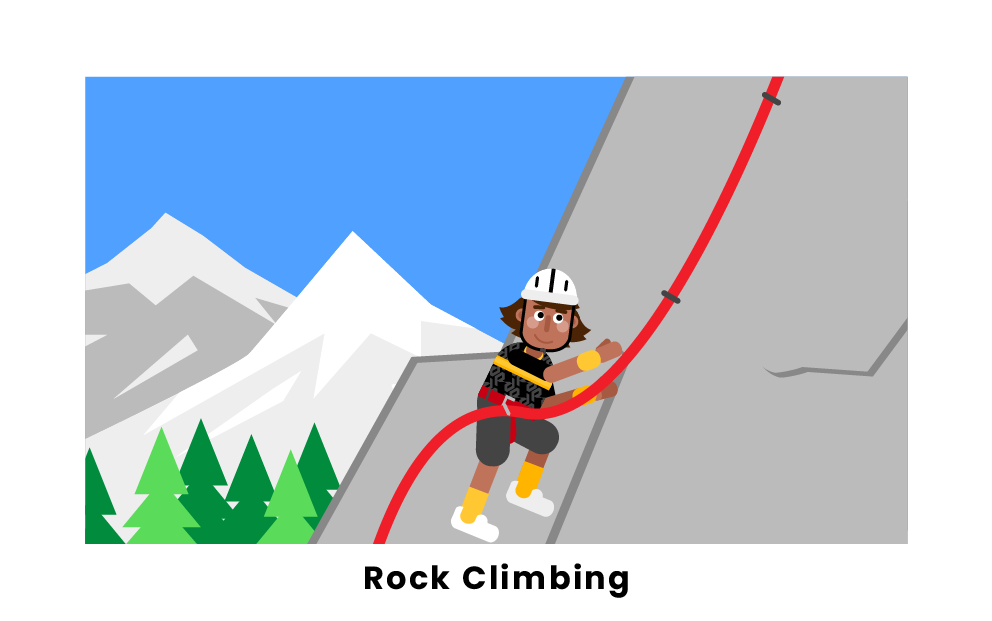 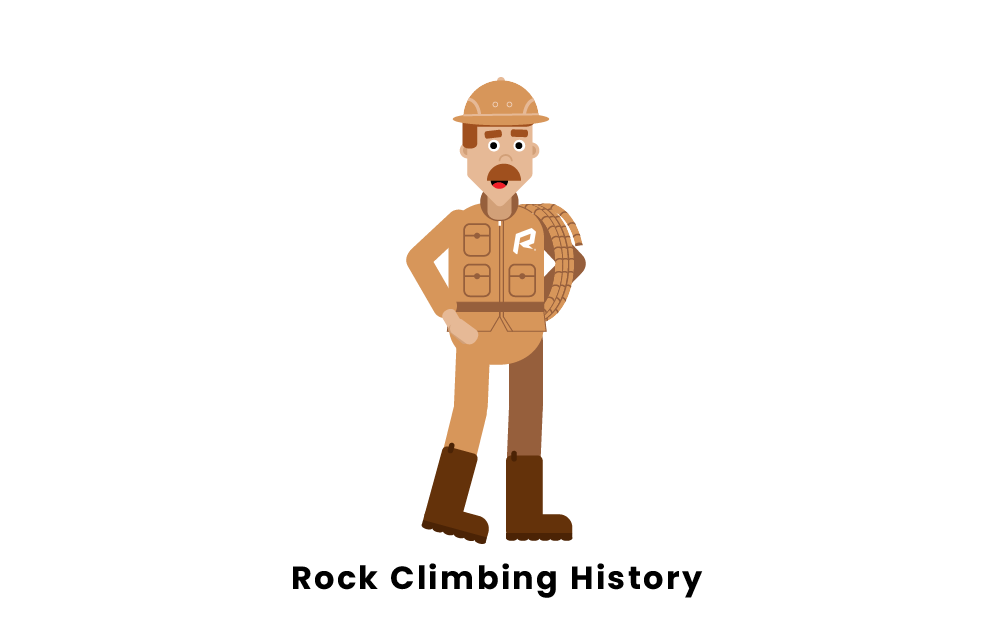 The sport derives its origins from mountaineering. Mountaineering is a practice that arose from the need of crossing mountain ranges such as the Alps or the Rockies.. Rock climbing as a sport originated in this practice, but became the sport it is today from Western European rock climbers. 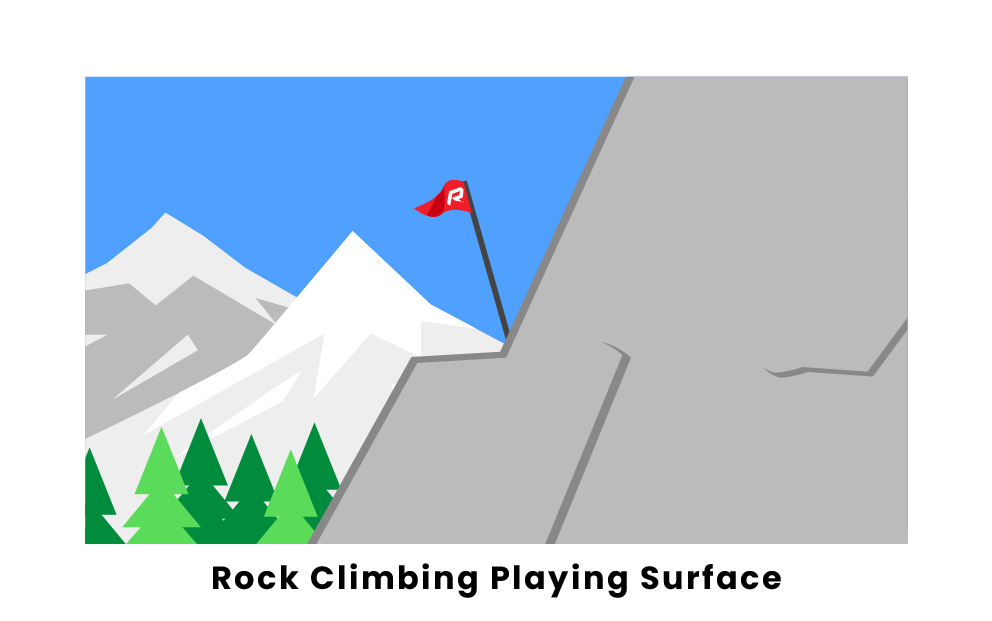 The playing surface in question can be a couple different things. Rock climbing outdoors is done on actual large boulders and cliff faces. Indoor rock climbing in a gym is done on an artificial wall with artificial holds. The indoor climbing holds are fluorescent and each route is color coded, so climbing indoor versus outdoor there are some differences. Outdoor climbing has the added difficulty of climbing around the weather and the conditions present in the environment. 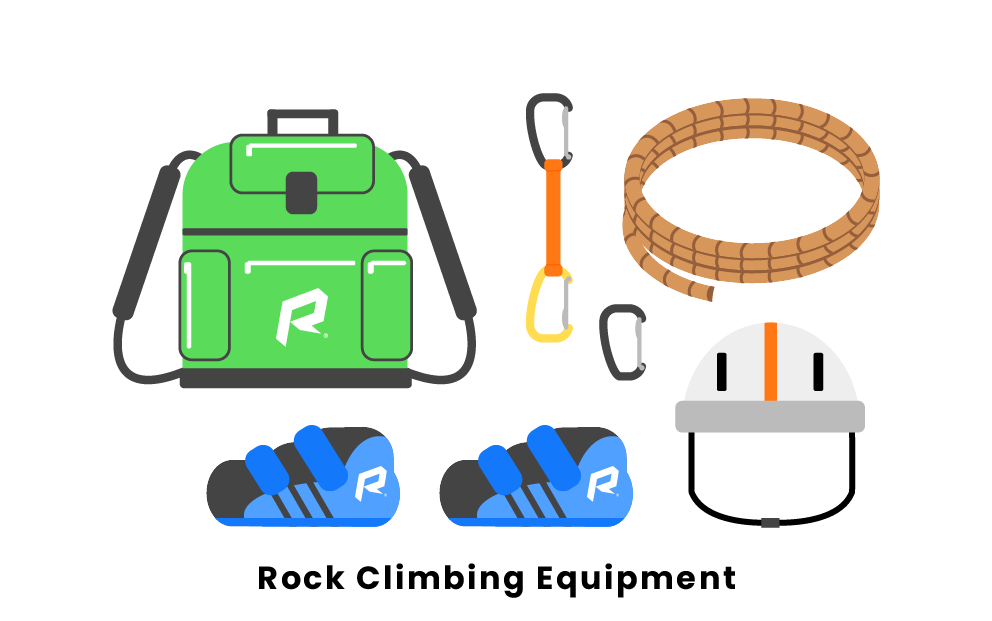 Rock climbing is a sport that requires very specialized equipment. From harnesses and rope all the way down to the shoes that are worn. Shoes specifically have a variety of designs and uses so research into what type of climbing is being done is necessary. Additionally, safety equipment is also a wide and varied category of equipment. Safety equipment such as harnesses, ropes, helmets, accessory cord, and carabiners need to be used as they are intended otherwise serious injury can occur.

Here is the essential Rock Climbing equipment you should have:

The goal of a rock climbing competition is to climb the hardest grade climb you can, as fast as you can. Each climb will have a difficulty and a point value associated with it. Each climber will have three attempts on any climb, but if you fail three times then you are not allowed to compete any longer. The main objective of rock climbing is to garner as many points as possible, and if it comes down to time then how fast climbers have climbed is also judged.

Climbing competitions in the United States are governed by USA climbing. Climbing rules limit the number of attempts that individuals can make on certain climbs. Age categories are placed on climbers, and there are difficulty classes that climbers register for. Specific rules involve how the climb must be done: Climbers must start with no momentum, the climber must finish with their hands on the end hold for two seconds, a fall is considered a failure.

Here are the most important Rock Climbing rules you should know:

Preparation strategy for rock climbing involves climbing a lot as functional training, but also training the back, grip strength, and legs in preparation. Strategies to be used during a climb are ensuring that the climber does not over grip the holds, planning and preparing for the next moves. Here are the most important Rock Climbing strategies you should know: 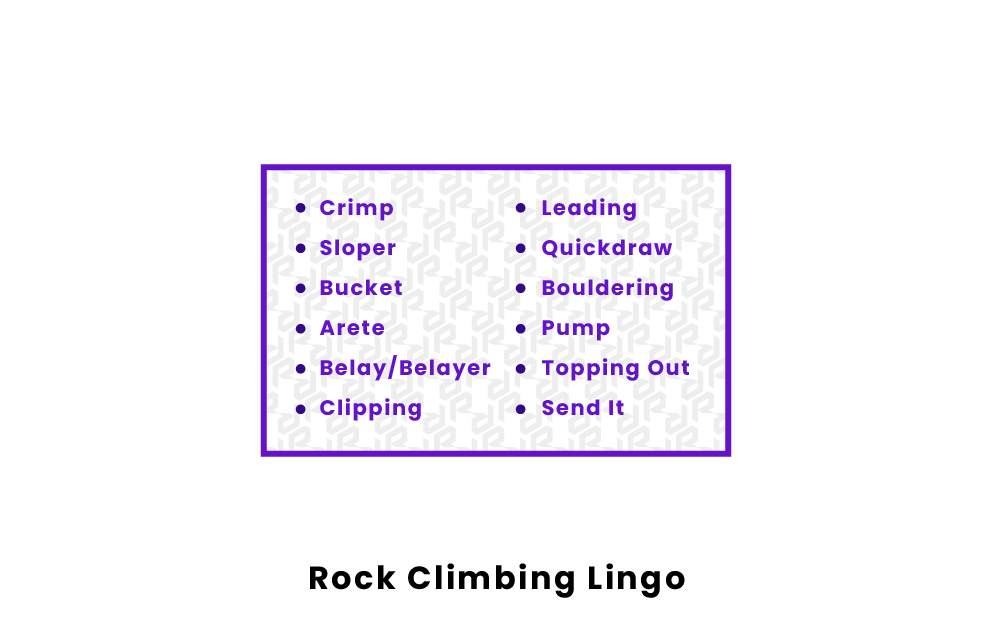 Here is the common lingo and slang in Rock Climbing: 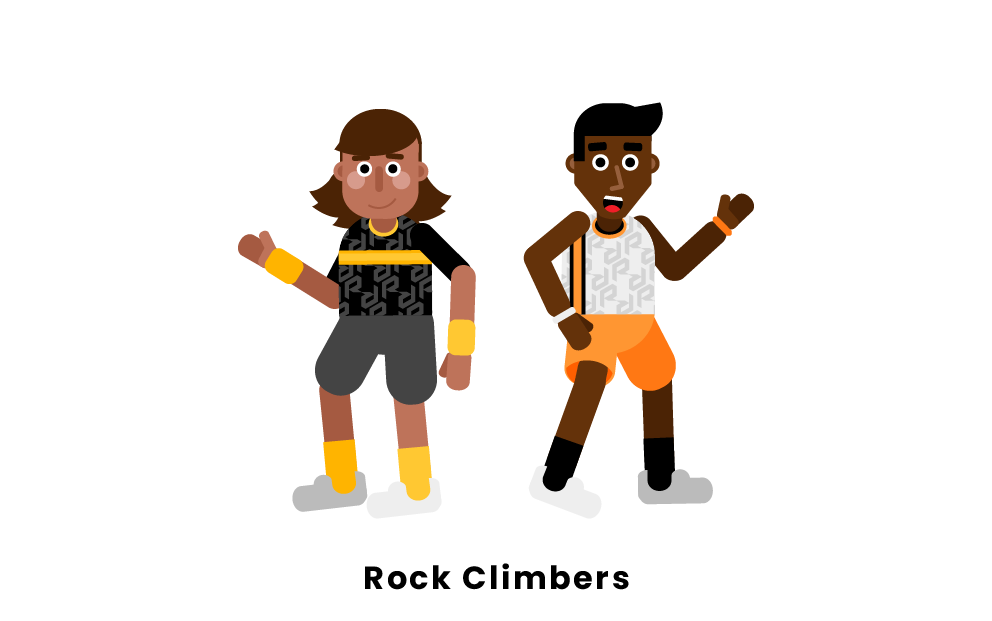 Rock climbing is a sport in which progress and pioneering the world is still prevalent. The act of climbing routes no one has ever done, or doing routes in a new way, breeds fame. Climbers such as Adam Ondra who climbed the perfecto mundo, or Alex Honnold who crushed several different records on El Cap are some such pioneers. Other famous climbers, such as Nonaka Miho, are world renown and genius athletes.

Here are the most famous Rock Climbers you should know: 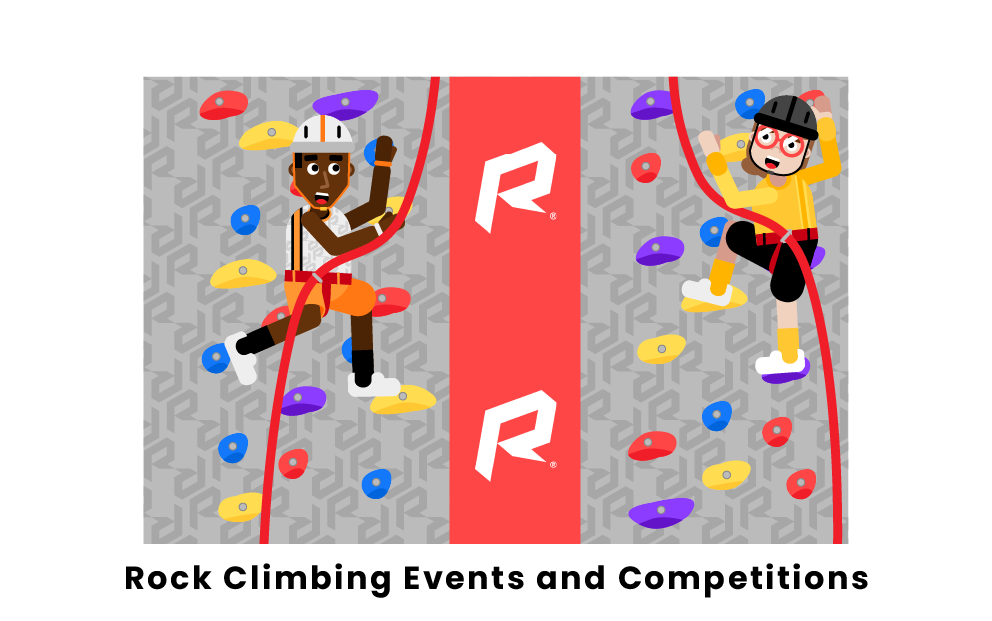 Here are the most popular tournaments in Rock Climbing:

Rock climbing became an olympic sport in 2020. The proposed structure for the first year that climbing was in the olympics was that competitors for each country were supposed to climb across three disciplines: Speed climbing, lead climbing, and bouldering. In future years, each country would have athletes for individual disciplines of climbing.

Pages Related to What is Rock Climbing?