How Does Scoring Work In Racquetball? 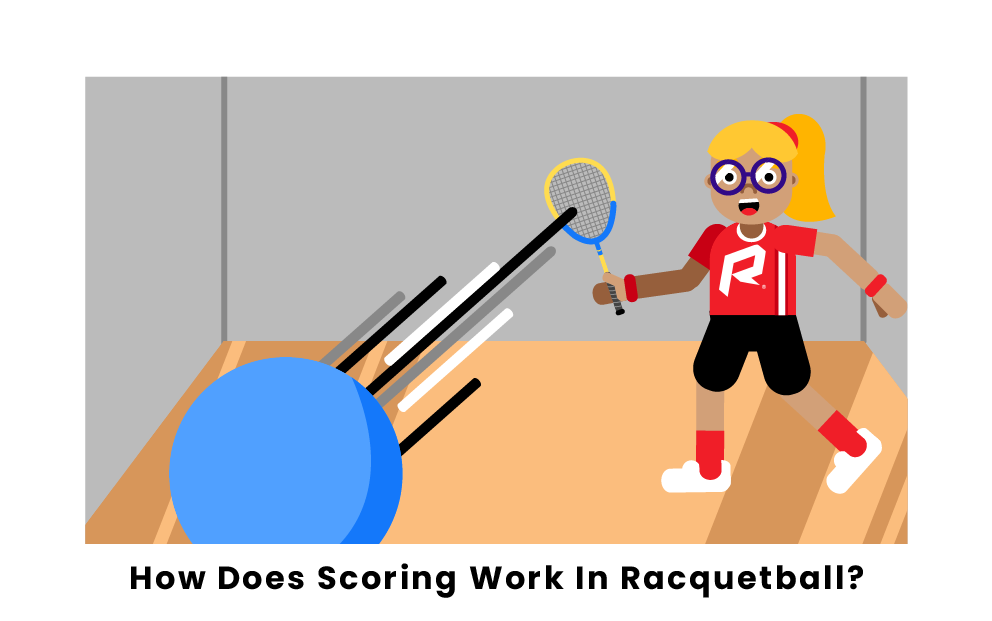 In racquetball, players score points when their opponents either commit a fault or are unable to return the ball to the front wall.

Racquetball is a fast-paced yet easy-to-play sport that originated in America. The sport has been gaining in popularity since its inception in the 1950s. The rules of scoring are simple and similar to squash. Of course, there are many things about the way racquetball is played and scored that make it a unique sport.

The first rule of scoring in racquetball is that players can only score when it is their serve. This means after every serve, either a point will be scored, or the serving team will switch. In order for it to be a legal serve, the player must have the ball bounce once before hitting it on the wall in front of the server. The ball also must land behind the short line but before the back wall. If either of these mistakes is made, a server does get a second chance unless it’s a professional tournament. If on the second attempt one of these mistakes still happens, it is a fault, and the player loses the serve.

A point is scored at the end of a rally when there is either a fault or a player is unable to return the ball to the front wall. A player can fault after the serve if they carry the ball with their racquet. If this happens, the opponent gets a point or gets to serve. Another special case is if one player blocks or hinders the other player from returning the ball. If the player seems to hurt the opponent’s chance of returning the ball purposely, it is a penalty hinder. In this case, the opponent gets the point. If it’s an accidental disturbance, then it is just a hinder, and the rally restarts.

Most racquetball sets are played to 15. However, some recreational players like to play to 11, 21, or any other set number the players agree on. This usually depends on the amount of time they have. Racquetball players can win a set by just one point unless they are playing by Canadian rules, where players need to win by two points. This means that the first player to 15 or whichever number was decided will be the winner.

The official USA racquetball rules state that the match-winner has to win the best of three sets. This can either be done by winning two sets to 15 or by winning one set to 15 and the tiebreaker set that goes to 11 points. This is also how most recreational players believe the racquetball winner should be decided.

As mentioned before, if each team or player wins a set, a third tiebreaker set will be played. Unlike the first two sets, the tiebreaker is only played to 11 but can also be won by one point. In order to decide who serves first, most of the time, the player who scored the least total points from the first two sets combined will serve first. Another way to decide this can be by using the same method to determine who served first at the beginning of the game.

How do you decide who serves first in racquetball?

What happens with a court hinder in racquetball?

Sometimes in racquetball, the ball will hit a loose tile, the door, or a floorboard and fly off in an unnatural way. If the referee decides that it was an unusual instance, they will call it a hinder, and the rally will restart. Additionally, sometimes the player will decide not to return a ball in order to avoid accidentally hitting the other player. In this case, they will ask for it to be considered a hinder, and the rally will restart.

How is scoring different in racquetball than in squash?

What do the lines mean in racquetball?

The service line spans the width of the court and is closest to the wall. The server cannot step in front of this line, and their serve must land behind the short line (the next long line). The rectangles on both sides are used in double matches for the teammate not serving to stand in. The space in between the short line and dotted line is the safety zone. During a serve, the opponent can’t pass the dotted line until the ball bounces in the safety zone or passes the line.

Pages Related to How Does Scoring Work In Racquetball?