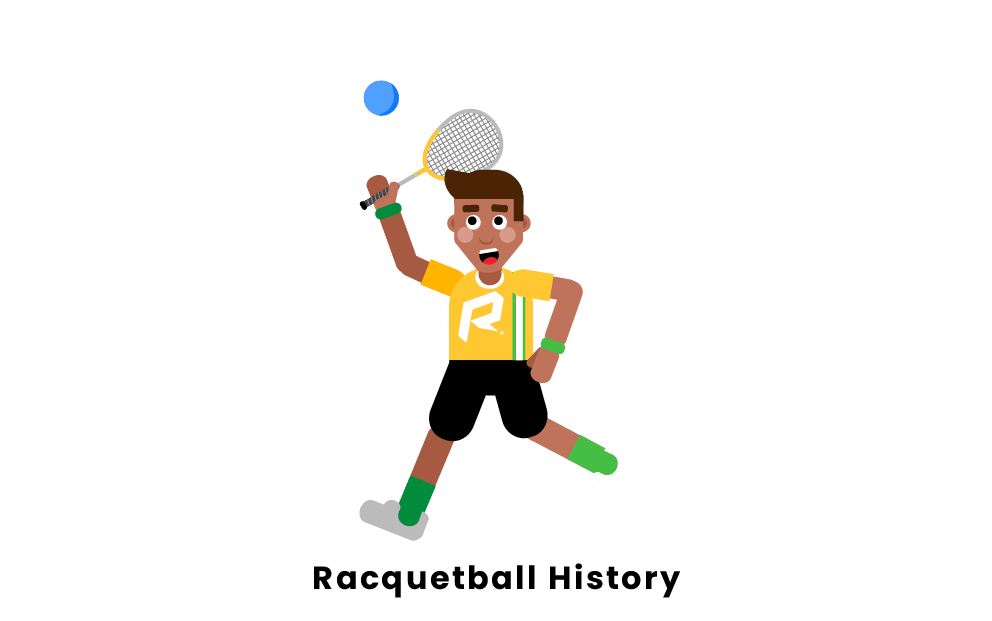 What are the basic rules of Racquetball?

The game of racquetball is simple in design and involves a few key rules that guide the matches along. A player begins the match and each point by serving from within the confines of the service zone, or the two solid lines on the court. Then the opposing player must return the ball hitting the front wall with the ball before anything else. A point is scored if the ball is not returned off of the front wall or a ball bounces twice before being returned. Racquetball can be played in a singles or doubles format with the most popular format being doubles among common, everyday players. A serve must also travel over the back receiving line before hitting the back wall or else this is considered to be a fault. Games are played to 15 points and usually best of 3 games wins the match. A point can only be scored by the serving player or team, so if a player or team wins the point while not serving, they win the right to serve and be able to score points.

The sport of racquetball gains some of its roots from European nations as it draws on a combination of many racket sports. However, its official creation happened in the United States in the town of Greenwich, Connecticut. Racquetball draws on squash, handball, tennis, and other racket-related sports which were played around the time of its creation. These were morphed together inside of the YMCA in Greenwich where individuals were becoming bored of the games that were available to be played. The sport then grew out of its center in the eastern US spreading across the country over the years after its inception. Racquetball continued to grow somewhat rapidly eventually expanding overseas as well. The sport has grown to vary slightly depending on the place in which it is being played however its core developed in the United States.

Although racquetball draws its roots from a few different sports invented in a few different areas, it was credited with being invented by a sole individual, Joseph G. Sobek. He was a rubber factory worker who regularly played racket sports games in tournaments across Greenwich. Sobek invented the rules and also tinkered with changing the ball and creating the best one for the game while at work in the factory. Joe is also given credit for starting the Paddle Racquet Association and developing an official set of rules for racquetball in the years after the initial creation of the game. All of the earliest and major developments within this racket sport were credited to Sobek making him the sole early pioneer of the game.

When was Racquetball Established?

Joseph Sobek, the creator of the game of racquetball, first began to tinker with the sport in the late 1940s. Over the course of 1949 and 1950, he came up with the first set of rules for what was called "paddle rackets" at the time and developed a new racket much like those used in tennis but smaller in size. Sobek continued this earlier establishment of racquetball by creating the National Paddle Rackets Association in 1952 and creating official rulebooks to be passed out and used to spread the game. These were the main events in the beginning of the sport of racquetball with more taking place later on as the sport grew. Its name officially became racquetball in 1969 as well as some of the first tournaments taking place a year earlier in 1968. The first pro tour in the game of racquetball was established in 1972, another major step in the development and growth of the sport.

When did Racquetball Become Popular?

Racquetball grew slowly in its humble beginning in Greenwich but took off around the mid to late 1950s when the sport had official rules published. Tournaments began to be played and the sport started to gain international popularity as its popularity in the United States was immensely high around the end of the 1960s. Racquetball spread quickly across the country into health clubs, fitness centers, etc. as thousands of new players started each and every year. Popularity began to peak during the 1980s, however and the number of players leveled off to around 10-15 million across the globe participating in the sport. Even though millions played and still play the sport, it is unlikely that the sport will reach the Olympic Games although the US Olympic Committee has had interests in the sport across multiple occasions.

Most Popular Countries that play Racquetball

Listed below is the countries where some of the best racquetball players in the world come from as referenced in the world rankings:

Besides these countries where some of the best known racquetball players come from, there are over 90 countries worldwide that play the sport of racquetball. Players across these 90+ countries total around 10-15 million amongst their ranks making racquetball a truly global game that spans countries and continents.