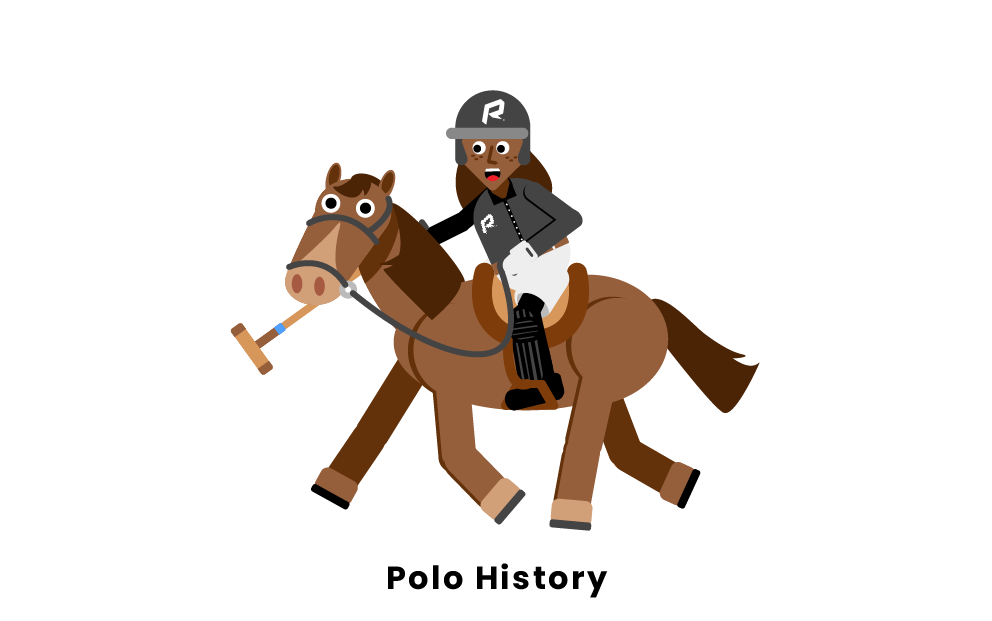 What are the basic rules of Polo?

Polo is a team sport played on horseback, with 4 players on each team. Each player holds a mallet, which they can hit the ball in their desired direction. The objective of the game is to score more times than the other team. To score, a player hits the ball with his or her mallet through the goal posts located on either end of the field. Each team has a designated goal that they are defending and a goal that they are attacking. The game is divided into periods, also known as chukkas. After every chukka, the horses are switched so the animals don’t get overworked. The game is officiated by referees who are also on horseback, and their job is to make sure the game is played fairly by calling certain fouls and violations.

Polo was first played in Persia thousands of years ago when players would ride horses and hit a ball with tree branches or sticks. There were more than 100 players per team and the game was considered by many to be almost like a battle. This game has little to no rules and was very different from the game we know today. The modern game of polo was started in India. When British officers stationed in India saw the locals playing the sport, they adopted it for themselves as a training exercise for cavalry units. The game quickly spread throughout Europe when the soldiers brought the game back to England, and became more formal with leagues and teams. New rules were also created to help regulate the game, and the game eventually evolved into what we know it as today.

Polo did not have a known inventor, as the game is so old we do not know who exactly came up with the idea. Persians from centuries ago are known as the first to play the game, so they would be known as the ‘inventors’ of the sport. However, this game was notably different from the polo we play today. It lacked many of the rules and regulations that shape the game today.

When was Polo Established?

Ancient polo was thought to have started somewhere between the 6th century BC and the 1st century AD. Obviously this is a very long time ago, and the game was much different than what we know today. Modern polo was established in the late 1800’s when British soldiers brought the game to Europe from India. Since then, the game has come a very long way attracting millions from all over the world.

When did Polo Become Popular?

Polo first gained popularity as it spread rapidly throughout Europe in the Early 1900’s. Many different clubs formed but the game was almost exclusively a wealthy sport for royalty. It wasn’t until the late 1900’s that polo became more of a sport for the general population and really gained traction throughout Europe and North America.

Most Popular Countries that play Polo