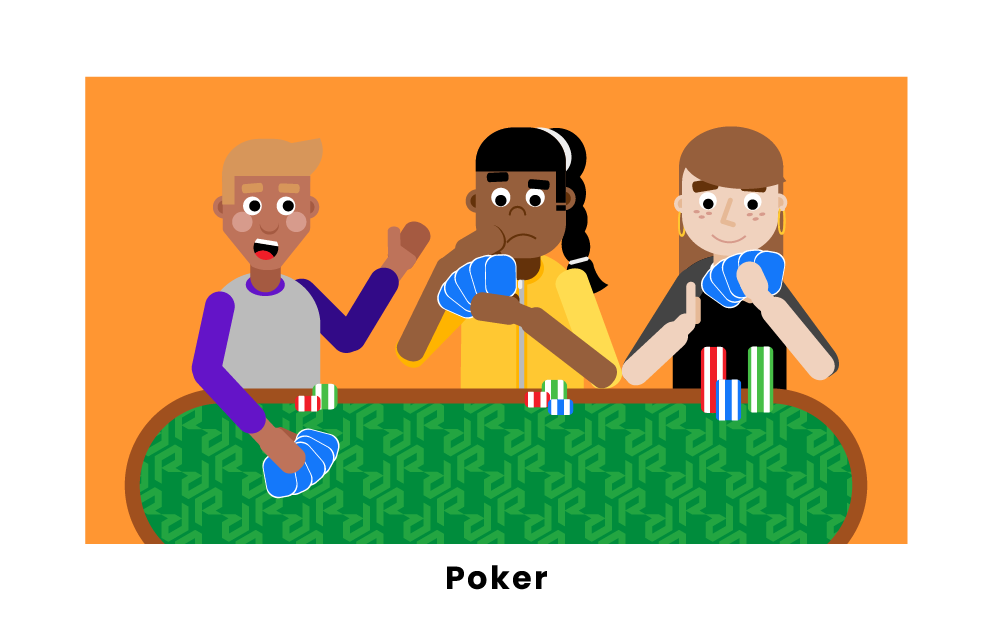 Poker is a various number of card games in which opposing players wager over whoever has the best hand of cards (differs depending on the type of poker). The six most popular types of poker include: Texas Hold' Em, Omaha, 7-Card Stud, 5-Card Draw, High/Low Chicago, and Follow the Queen. Texas Hold'em is the most popular among professionals and recreational players. 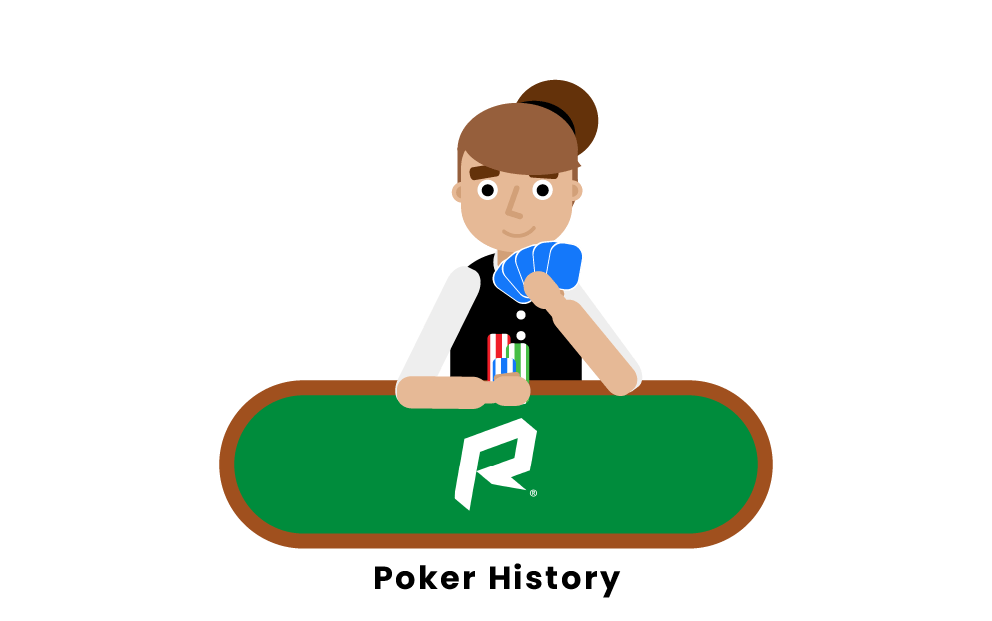 True to its spirit of bluffing and misdirection, poker's history is full of rumors and apocryphal origins: was it developed in China, or did it start in Persia? Either way, the earliest version of poker in European history was probably the 17th-century French game poque, which is where the English language gets the word poker, which evolved alongside the German pochen as a new version of the Spanish game primero. This already global game made its way to New World by way of French settlers who brought it to North America.

Poker has always existed in American card rooms, be they glitzy casinos or seedy dives. But starting in the 1970s, the game became more organized as the World Series of Poker was developed to declare the game's champions, and more recently, the rise and fall of internet poker led to a boom that, while no longer as trendy as it once was, still attracts thousands of players, amateurs and professionals alike. 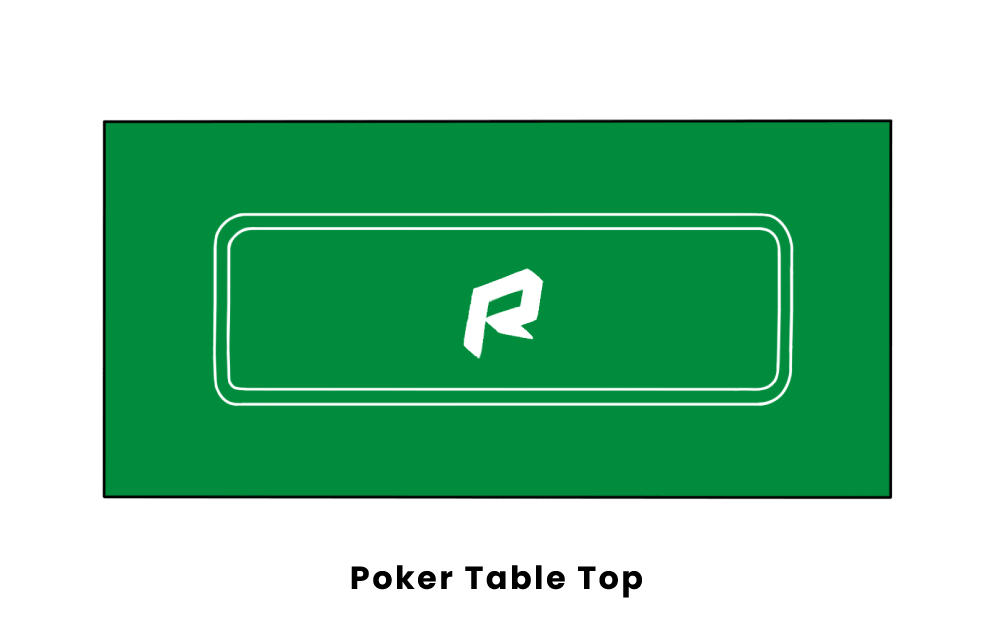 A table (preferably a round table) with some surrounding chairs for players to sit in is all one needs as a playing surface for poker. 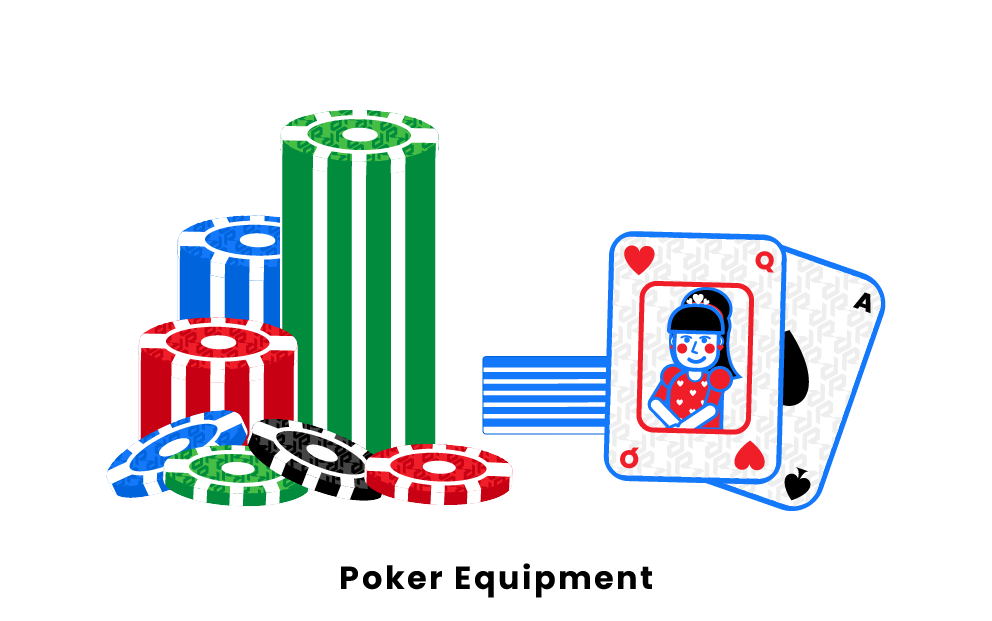 Most games are played with chips, which stand in for money. There are a couple of reasons for this, including the fact that chips are easier than cash (easier to stack, count, keep track of, and make change with). But the big reason is psychology; players like to trade chips instead of trading piles of money. Each chip represents a different dollar amount.

If you're starting a home game, you'll also need a large, round table and chairs. Most poker games have a limit of 8 or 9 players to a table.

In poker, players are dealt hands of different ranks: different combinations of cards trump others. Players take turns wagering chips on their hands' strength, either calling each other's bets if they think they have the best hand or folding if they think they're beat. If a player folds, the better takes the chips in the pot, but if everyone calls, then the players show their hands and the best one wins.

There are dozens of variations of poker, from Hold 'Em to Stud to Draw to Badugi, but in every variation, the basic mechanics stay the same: bet chips, and either win it all or lose it all. The game is filled with chance and risk.

There are hundreds of ways to play poker, and every casino or cardroom has its own rules, but the basics usually remain the same. Most poker games involve a blind bet of some kind, called either a blind or an ante. Players put these in before being dealt cards. After the blind or ante, players are dealt cards, usually hole cards which are cards they keep hidden from their opponents.

In between cards being dealt, there are rounds of betting. Here, players might have the option to check, which is passing on betting. But players can also bet, put chips into the pot that their opponents have to match, or forfeit their hand. Players can also raise, which is betting more chips on top of their opponent's previous bet.

These rounds of betting go on until either every player has folded, in which case the last person to bet wins the chips, or until the players have been dealt all their cards and they showdown. In this, the players show their hands and the best one wins.

In tournament play, these hands go on until one player has won every chip. Games can be intense and seem like they will go on forever. Stamina and focus are key attributes. 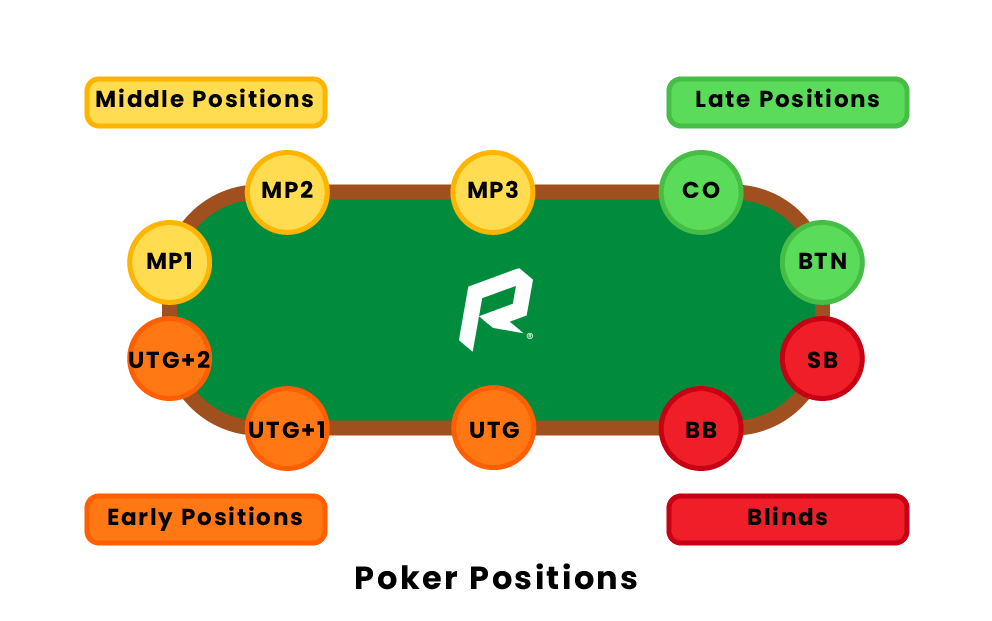 Under the gun: The first person/seat to place a bet once the cards have been dealt (often a tough position -- must initiate betting for the round).

Middle Position: Can play more conservative and is able to see what another player bets before deciding to call, raise, or fold.

Small blind: A player must place in chips before seeing a hand for the round, massive Disadvantage. 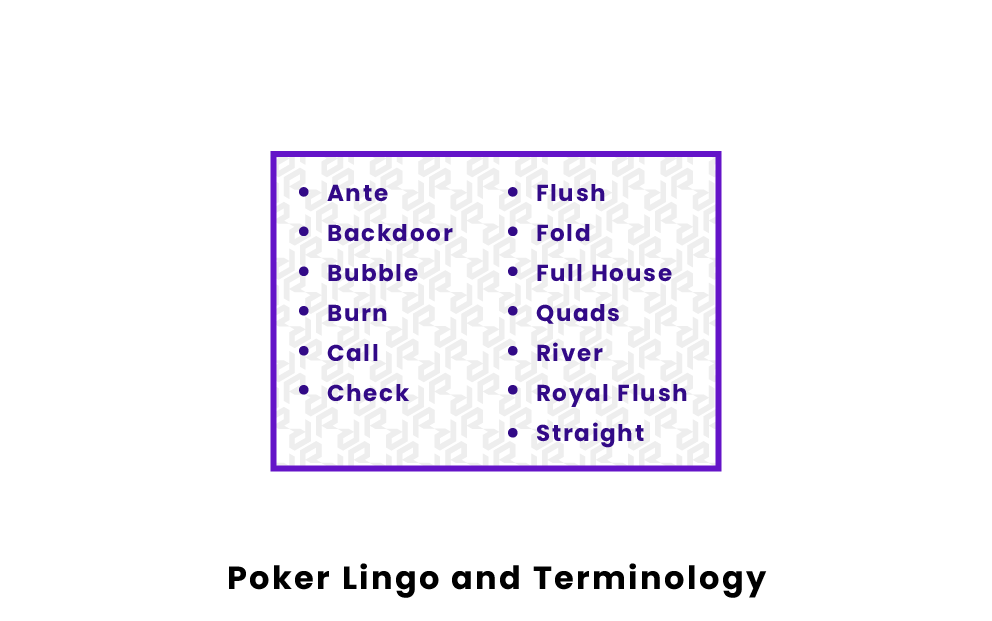 In poker, there is a special language that only a poker player comprehends. Poker players have their own unique lingo and terminology. Non-players might not understand a lot of a poker player's language, but fellow poker players will be on board. 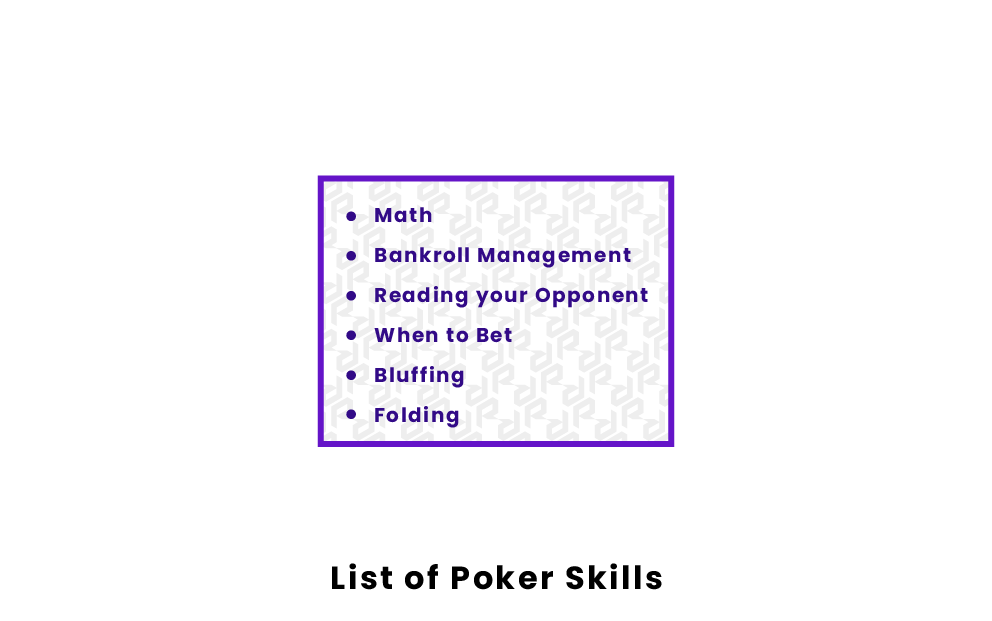 Here are some skills and techniques that poker players can use while they play:

Here are some important poker strategies: 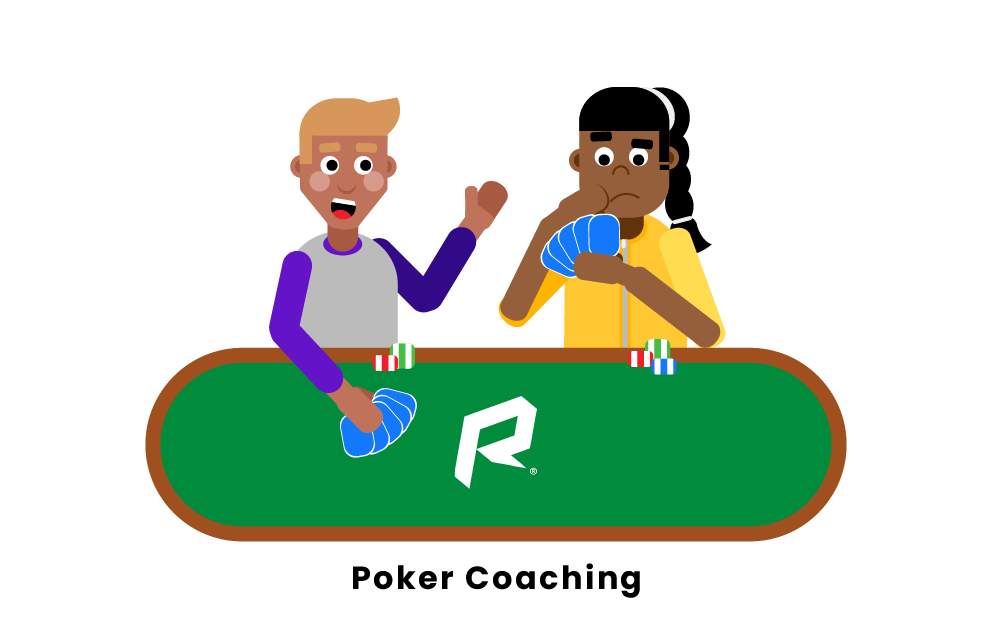 A coach must have a great deal of knowledge on the game and strategies of poker itself. The great coaches of poker know what it takes to win a vast amount of money on the big stage. The five coaches below are a few of the premier poker coaches:

As seen from the table, these coaches can get super pricey even when only requesting an hour of the time.

There are a few famous and highly-skilled poker players that stand out. Below are ten of the most prominent poker players to ever play the game. Whether it be for how much money they have won or to their ability to "bluff," these professionals are known for their poker prowess.

Currently, there are different levels of competitive poker tournaments and leagues that are played all over the world. From beginners to advanced, players are able to stay active and take part in the game they love with the hopes of winning huge sums of money. Some popular tournaments include:

Poker is an individual sport. A player sits around a table with the hopes of having the best hand and winning millions of dollars. However, on the rare occasion that tag team poker events occur, players may substitute in and out for one another at the table. 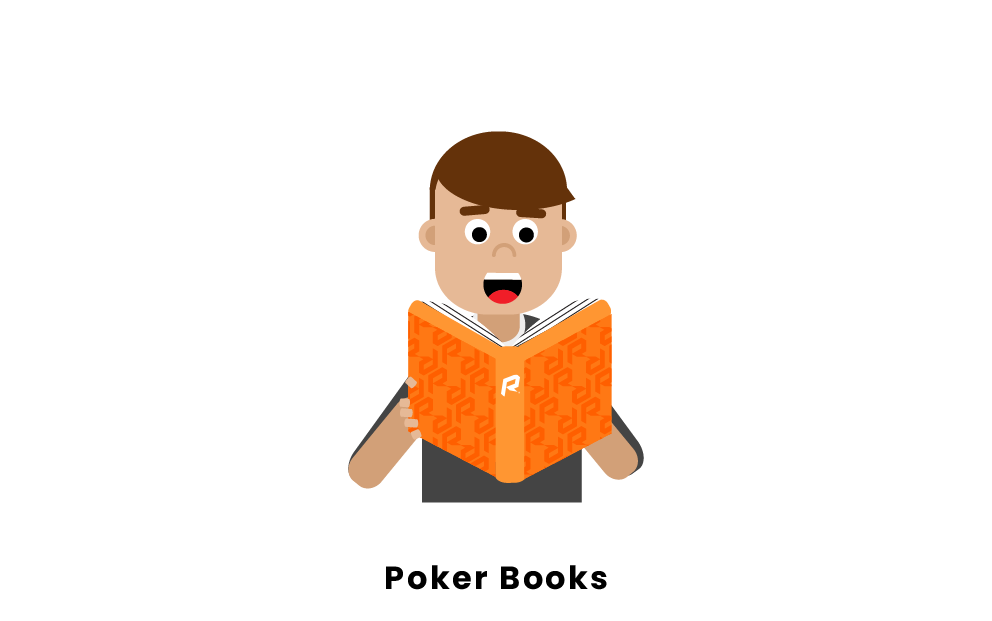 Poker books are often fiction, nonfiction, or novels on how to train players to help them improve their poker game. Some of the more popular poker books include: 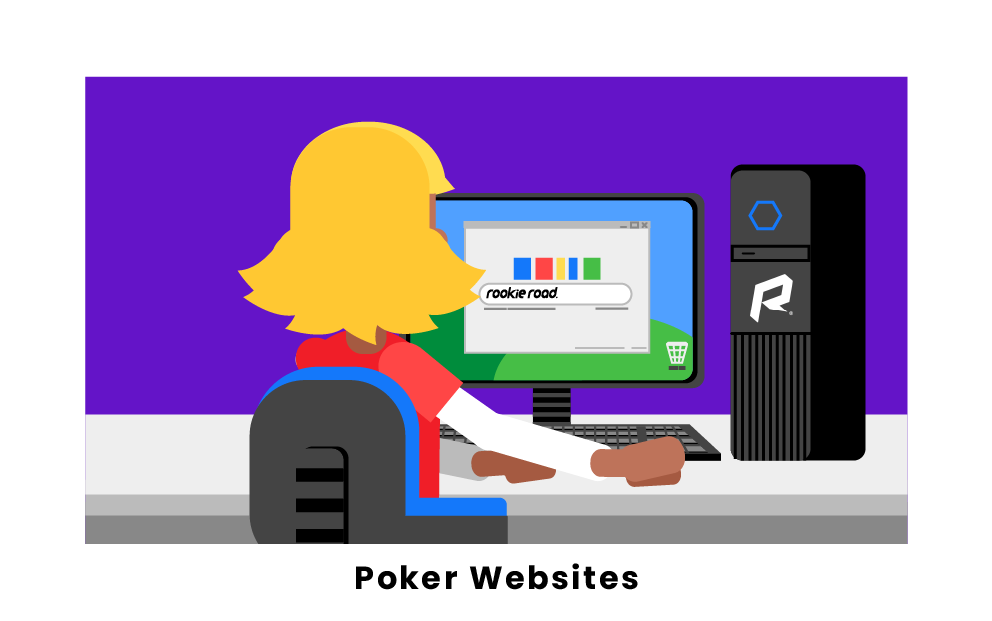 There are many different poker websites that each serve its own special purpose. There are sites made for poker, whether it be from online tournaments, to training sessions, or to exploring rankings. Some of these websites include:

What is the object of poker?

The object of poker is to ultimately have the best hand at the end of each round to win the most amount of chips possible. Chips represent various amounts of money. More chips means a richer player.

When I fold, do I lose any money that I have already invested in the pot?

Yes, if one folds from a round, they will be giving away any chips that they have already invested in the pot for the round.

What is the best starting hand in Texas Hold'em?

A pair of aces.

What is the worst starting hand in Texas Hold'em?

2 and 7 of different suits.

Pages Related to What is Poker?